This was before we were writers--our late teens/early twenties. We had no sense of the world. But this wasn't to say we weren't allowed to write about animals. They just needed not to suddenly learn to speak. "Hey there!" I used to imagine some renegade fictional dog saying in the middle of one of my scenes, hijacking the whole thing. Anyway.

"LJ," I write in an email, now that aforementioned professor and I are friends, "what was that thing you said about talking dogs?"

Last time I saw LJ, she had three dogs, a flock of sheep, a cat, and was in the process of incubating chicks in her laundry room. She and I love animals in fiction. She reminds me of a comment she made once on a student's story -- "What's wrong with these people? Why don't they have a dog?" -- then adds, "I believe he revised accordingly."

Enough has been said about symbolism in literature. And imagery. And the use of concrete details. And Eliot's objective correlative and all that. We've talked enough, too, about what animals stand for when we encounter them in fiction -- caged birds, for instance, though we wait for something less ham-handed. We think of the white whale, running like a bass line throughout Moby-Dick. We think of the marlin and the futility of returning home with our big dreams ravaged by sharks. We think of George Orwell's satirical pigs, of that certain charming spider, of so many beautiful, heartbreaking, regal horses.

But what about all of those other, supporting animals out there--the non-eponymous, non-speaking ones? After all, says LJ, "the most important animals in literature are the two dogs who witnessed David Foster Wallace's suicide, and those dogs said nothing."

With thanks to Lorna Jackson 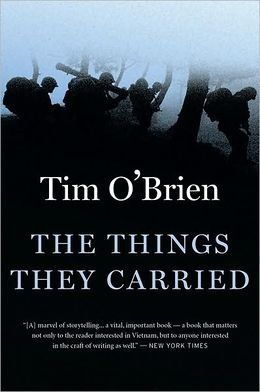 1 / 10
The baby water buffalo in The Things They Carried by Tim O’Brien
Likely one of the most harrowing scenes in anti-war literature. Rat Kiley tortures a baby water buffalo after his friend Curt Lemon is killed, then throws it down a well. To paraphrase O’Brien, if you feel uplifted after hearing a war story, then you’re “the victim of a very old and terrible lie.”