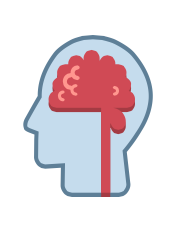 Yesterday, as I sat down with a group of ten-year-old girls, I expected the usual conversation of cats and pizza, and while the conversation topic remained rather shallow in light of Brexit, Zika and the 2016 Election, I was particularly struck by a comment about shoe-laces. One little girl sitting in my circle on the grass remarked, "I have a really hard time tying other people's shoes. I am just so used to tying my own shoes, and it's hard to see things the other way."

While the comment was offhanded- it got me thinking. In such a polarized political system, do we lose the ability to see the other side of problems? And are we so caught up in our beliefs that we can't problem solve creatively?

In light of our latest, deadliest mass shooting and the ongoing filibuster, gun control is back in the news cycle. We see the same voices, parties, and voters, well, sticking to their guns. Neither side is willing to even hear the other side of the aisle, and the solutions that we have put forth are frankly, impossibly one sided.

Even in daily interactions and conversations we shut people down who have the opposing point of view because ours, to us, is the only "right" answer. A couple of weeks ago I got into a discussion on a woman's right to choose. As a proud intersectional feminist, I was having none of it, I simply could not hear the other side. At the end of the conversation, both of us, gave up trying to reckon our beliefs because both of us believe so strongly that we were right. Looking back at that moment, I cannot remember a single thing the other person said to me in that conversation. I cannot remember a single anecdote or piece of analysis that the other woman brought to the conversation, because the entire time I could only think, "You are so wrong. You just don't get it." And in retrospect, the rude and dismissive nature in which I handled the situation made it impossible for us to have ever reached a solution or even have had a conversation.

This is not to say that we should abandon our beliefs, but perhaps as people and a society we could become more accustomed to thinking beyond our social locations. Often time we put ourselves in boxes of thinking based on our personal experiences, political affiliations and surrounding communities, which puts us in the habit of thinking in a certain way constantly. But when we do that we lose our ability to think and problem solve creatively. And without those abilities, we will get nowhere with the current issues that are riveting the nation.

The popular idiom, "great minds think alike," gets it wrong. Great minds think differently. That is what makes them great minds. The world has not progressed as it has because everyone thought the same way, and was complacent in their thoughts. Curiosity drives innovation and progress. But if we can't listen to these new innovative ideas because we are so used to thinking in the same way, we will never progress. The dismissiveness and lack of intention that comes with talking about our beliefs negatively impacts us. As we approach the November election and watch the news cycle on the our respective conventions, if we think openly, critically and with intentional curiosity perhaps we can find hybrid solutions to improve our society and global community as a whole.