From $2 to $3 trillion--that's the yearly cost of (mostly hidden) damage done to our natural resources by increasingly capital-intensive agriculture, the UN Food and Agriculture reported last month.

So what's the great news?

Just back from the U.K., I can report that an academic center there is making history by promoting the opposite: resource-enhancing farming. While here, in almost all states, funding for public two- and four-year colleges is stuck well below pre-recession levels, a few hours from London the Centre for Agroecology, Water and Resilience at Coventry University is booming! Even jet lag can't dampen my excitement.

I was honored to be a keynoter celebrating the second anniversary of the Center and to--finally--meet my hero, its leader Professor Michel Pimbert. 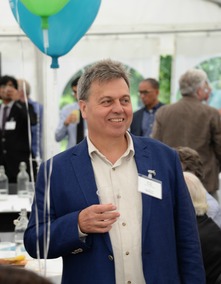 We share a strong passion for democratic, resource-enhancing farming. Likely the largest of its kind in the world, his Center's 80 researchers and PhD students are developing and sharing knowledge about how to transform a dead-end agricultural path, i.e. industrial agriculture, into biodiversity-rich farming that regenerates local economies and ecologies.

Its goal is re-localized food systems that enhance fertility, food security and democracy, as well as help to mitigate the climate threat.

Over decades, Pimbert's many contributions include leadership in creating powerful new forums for farmers to gain a real voice in key choices shaping their lives. Here's an amazing story that Joseph Collins and I recount about his work with "citizens' juries" in our new book World Hunger: 10 Myths:

"As a part of what some call "democratizing the governance of food systems," Citizens' Juries are arising in South Asia, West Africa, and the Andean region of Latin America. They involve several dozen randomly selected citizens, with diverse experiences and views, coming together over several days to hear evidence on a critical issue, to dialogue, and then to arrive at an agreement on how to proceed.

"In 2002, in India, a Citizens' Jury of small and marginal farmers-- mostly women--upset a lot of powerful people. It directly challenged the Andhra Pradesh government's own master plan, backed by the U.K.'s aid agency and the World Bank, to modernize farming in the state via large-scale, industrial agriculture that would push small farmers and pastoralists to cities. The Citizens' Jury chose a different future: an agroecological pathway based on smallholder, biodiverse farming.

"In the end, a female jury member traveled to the U.K. Parliament to deliver the Jury's verdict to the minister of British aid and the MPs. It created 'quite a storm,' reports development specialist Michel Pimbert. The Citizens' Jury process turned out to be a 'defining historical moment for the claiming of food sovereignty and participatory democracy in Andhra Pradesh,' he explained to us."

Now, Coventry University is investing big-time in his Center's research on agroecology and alternative food networks--both rural and urban--as well as in sustainable water management, community and socio-ecological resilience, food sovereignty, and the right to food and water for all.

Located in the English countryside, the Center's home is in new, open-space eco-buildings intertwined with gardens--organic, of course! Its expansion plans will soon include 10 additional activist scholars and researchers from the natural and social sciences, as well as more PhD students from all over the world.

Finally, for me a big highlight of the Coventry celebration was meeting the other keynoter, Kumi Naidoo, a South African who recounted his path from imprisonment for anti-apartheid work to leader of Greenpeace International. 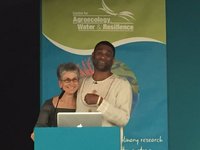 Now, Kumi heads an alliance of civil-society groups across Africa, which has just launched the Africa Civil Society Centre. Based in Arusha, Tanzania, it is a "dynamic and robust space," say the founders, where progressive African civil society leaders can convene to strengthen each other as they engage in a range of civic struggles to promote democratic, equitable, and sustainable transformative change in Africa.

I cannot recall ever visiting an academic center where so many people, including guests from the community, are as excited about the work and potential contribution to meeting challenges at the heart of our global social and ecological crises. Check out the Centre for Agroecology, Water and Resilience website and get a lift!