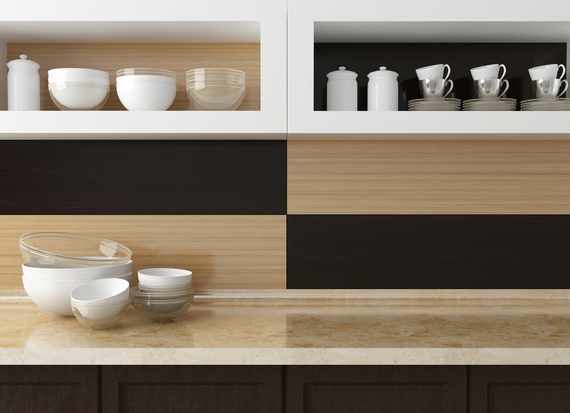 Fifty Shades is based on Twilight, so it's no accident that Christian Grey and Edward Cullen both have exquisite taste. I'm sure Grey's Seattle designer penthouse in the Fifty Shades movie will be at least the equal of the designer home Edward Cullen lived in with his vampire family in the Twilight films.

This kind of thing goes way back. Elizabeth Bennett only gave it up for Mr. Darcy in Pride and Prejudice after she finally got a chance to look over his beautiful estate.

They gradually ascended for half a mile, and then found themselves at the top of a considerable eminence, where the wood ceased, and the eye was instantly caught by Pemberley House. It was a large, handsome, stone building, standing well on rising ground, and backed by a ridge of high woody hills.

Hey, I have teenage kids, so I'm of necessity a PG blogger. But this is pretty sexy stuff -- this "considerable eminence." That large, handsome stone building standing well on rising ground. It's like she's seeing Darcy for the first time naked, and he's definitely happy to see her.

I can just imagine Dakota Johnson in a Fifty Shades-infused remake of Pride and Prejudice coming upon the Darcy estate and whispering to herself, "Holy Cow!"

I wonder what Jane Austen would think about Fifty Shades. Sure, she'd probably hate Erica Leonard's prose. But if she got past that, I think she might enjoy the book. And she'd definitely be interested in what has and hasn't changed in the two centuries that divide Pride and Prejudice from Fifty Shades of Grey.

Gone, of course, is the desperation that Austen's characters always felt for a man wealthy enough to rescue them from living at home with their parents or guardians. Educated women in the developed West now can and do support themselves. They're also freer to admire men's bodies without having to use metaphors from landscape architecture.

Traditionally, female libido has been depicted as largely responsive: He wants, and she wants to be wanted. Responsive desire is real, of course. It's on ample display as sexual fantasy in Fifty Shades, where Christian Grey can't keep his eyes or hands off the woman he loves. Yes, that's an important turn-on for most heterosexual women.

Women in my office are divided over whether this depiction of a woman's sexual hunger for her man's body is realistic or not. Responses range from "Of course!" to "That's just ridiculous."

I wonder what Jane would say. I imagine she'd have a balanced view. Sure a man's body can be exciting. But it's not singularly motivating in exactly the same way a woman's body is for a man.

A woman isn't going to give it up for just any guy with great pecs and abs. She'll still want to take a look around his estate for what it reveals about his character. Does he have good taste? Is he considerate in how he treats his servants?

Yes, men observe these things too. But not in as meticulous a way.

Do good pecs really matter? Sure, but not as much as a lot of other things. As I mentioned "The Nine Rooms of Happiness: What Does a Woman Want?" the integrative function of most women's minds is somewhat foreign to the average man. Everything has to fit together right -- his pecs, his devotion, the fact that he finds her irresistible, and yes his income -- or the spell is undone.

At the opening of Fifty Shades next week, I'm going to imagine Jane sitting there in the audience.

I think she's going to feel right at home.