Have you ever believed that you could do or be anything? That in your heart and gut, you knew that you were destined to change the world in your own way, exciting, empowering and enabling so many others so they may do the things they never thought they could?

That's how I feel every day; and whether the world changes or not, that feeling is what inspires me to keep playing.

As the story goes, when I was 3 years old, my mom taught me my times tables and I fell in love with math, numbers and patterns. When I was 5, I started taking things apart and fixing anything and everything. From there, my dad and I spent time on all sorts of fun projects, from building computers to fixing a sugar cane juicer. I (not-so-secretly) call my parents my mathematical wizard and curious engineer. Together, they shaped me into this playful and curious ball of energy.

During my childhood, my parents observed my passion for making, breaking and fixing things. They started calling me their "Little Fixer," and knew I'd grow up to be an engineer. And I did. I studied electrical engineering, with a focus in machine intelligence. Choosing to become an engineer became one of the greatest decisions of my life.

But we all don't have someone who encourages and supports us to pursue technical fields. Not everyone has the opportunity to start exploring the areas of STEM from early on in his or her childhood. Not everyone is praised for smarts and curiosity, nor do all of us have circumstances that allow for getting an education.

I can go on and on with an endless list of "not everyones." So my words are for everyone.

To the seventh-grade math genius who gets teased when she gets more than 100 percent on her math tests and starts to miss problems on purpose just so she won't get bullied (that was me). To the girl who struggled with science and was told it wasn't for you (just quit, they'd say). To the high school sophomore who now thinks that being smart is not cool. To the college student who did not get early encouragement or exposure to STEM and thinks it's too late to pursue it. To the mother of three who had her first child as a teen and never finished high school. To the creative type who thinks that STEM has nothing to do with artistic abilities.

I'm talking to all of you. It is never too late to change that mentality and pursue a career in STEM and, particularly, IT (information technology).

In fact, it's not STEM, it's STEAM -- that's STEM with all the arts (writing, music, theater, fashion, drawing, etc). At Cisco, one of my personal missions for years has been to introduce and lead the initiative for STEAM. We often think that a career in STEM means there's just one part of us in the mix and that our artistic and creative qualities are not engaged. On the contrary, it's the artistic and authentic aspect of ourselves that brings out the best of our work.

It's never too late to get involved with IT and networking, and I'll share with you why I believe it'll transform your mentality to pursue your dreams.

1. You can power your passions with IT.

Practically everything you can possibly think of is either running on IT or eventually will. Networking is the basic infrastructure that enables all the information from text and data to audio and video we consume to be delivered to us. 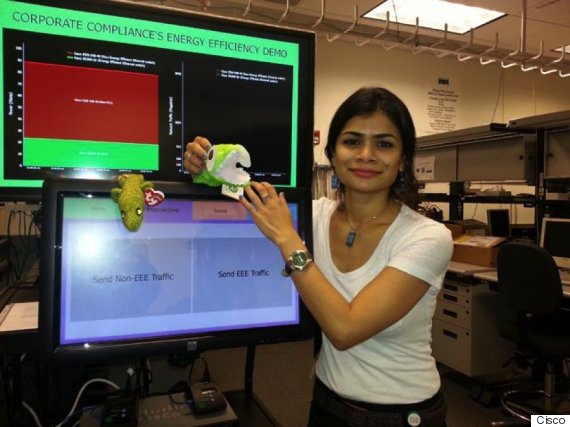 You can build the things you've dreamed about. You can solve real world problems. You can create solutions that make a big impact. In fact, our CEO, John Chambers, often talks about how every company of the future will be a technology company. That's right, every single company you can think of. So take your passion and "IT it."

OK, let me ask you this. When was the last time you saw an engineer in Vogue? In March of this year, Vogue India featured me in a piece about Valley Girls (Silicon Valley, that is). You'd never expect it, but when you look at it in a different way, you'll see the cool factor. We all have it. And I believe IT is the same.

When some people think of IT, they are reminded of long, monotonous working hours, always fixing someone's problems, and call centers. But it's a misconception. IT and networking are at the backbone of every single thing you love to do and want to enable. Whether you see it or not, there is IT involved in what you're doing right now. Are you reading this on your laptop or smartphone? IT and networking is how it's getting to your device!

Many women tell me they wish they had been exposed to STEM fields when they were younger, that they wish there were a female role model for them to look up to, and that now, it's too late for them to do it. But it's not. It never is. Once you start, you'll be surprised how quickly you get into it. You'll realize there are so many resources and people willing to give you guidance and support. Build that people infrastructure for yourself. And in addition to IT, you'll strengthen so many of your other skills, too. 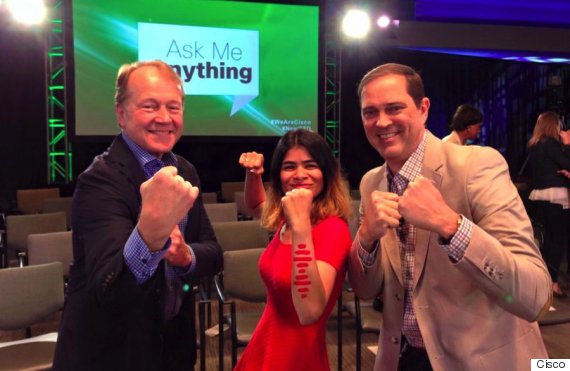 After seven years at the company, I am finally pursuing my Cisco certification in networking. I, too, could feel that at 30, it's too late for me to really get into the guts of networking technology. We all have different paths and times in our lives where something becomes our priority.

So what are you waiting for? I invite all women and girls to join the IT revolution and make your passions into reality.

Join Shraddha Chaplot's live Cisco TV broadcast on July 2 and get inspired about your future in IT. This blog is the fourth in a series of posts from some "Rock'in" Cisco women who have challenged gender stereotypes and turned their passion for technology into rewarding and successful careers. See the first three installments here.