"A sport no school ever dropped, no scandal ever tainted... And the ultimate reward for their time, money and effort? Nothing. Nothing; save the joy of competition. A refreshing reminder of what sport was meant to be. And, on rare occasions, can still be. The ultimate winners? Well, they were all winners." - Howard Cossell

For years, American sports have been dominated by the "big four": football, basketball, hockey and -- of course -- baseball.

Soccer dominates just about every other corner of the earth. After those five, sports like golf, cricket and rugby are played and enjoyed globally, but there is one magnificent sport that -- despite flying under the radar -- is about to come out of the shadows: Ultimate Frisbee.

I know what you're thinking, and so does every other Ultimate player. No, we aren't all stoners. We don't play with a dog and it isn't just a rec league activity. Even though the sport is still predominantly white, it is not a competition reserved for the Caucasian middle class, either.

On the contrary, the athletes that are playing Ultimate get better every year and the sport is increasing its exposure each and every day. And here is why:

1) It's played with a frisbee.

You know, just the greatest instrument of play ever invented. There is an old saying that when a ball dreams it dreams of being a frisbee; and the reasons go on forever. First of all, frisbees are cheap. The standard 175-gram plastic discs shouldn't run you more than 10 dollars. When thrown properly, they can leave the field of play and then return into a receiver's hands. A frisbee can skip, bounce, fly, hover, flip, spin, roll -- and even hold your dinner. It can be thrown upside down or with your toes. It can fit under your car seat or in a desk, open a beer or decorate your room. If that isn't enough, add to the list that they can't break car windows and they're kid-safe, too. 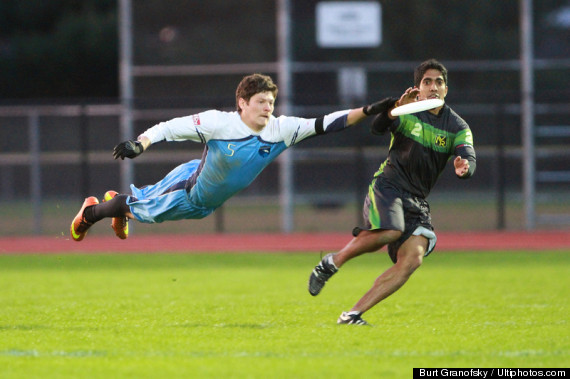 2) Spirit Of The Game

The sport of Ultimate is built on an honor system that penetrates the game at every level. In youth, college and club Ultimate the sport is entirely self-officiated. At the most competitive events, there are referee-like observers on hand that make final rulings only when two players can't come to an agreement. They are not involved in the game unless a player asks them to be. Even at the professional level, where the sport is reffed, there is a clause in the rulebook that allows players to overturn a referee's call if they get it wrong (this happens more than you'd think).

Ultimate is a unique combination of several sports that makes it entirely its own. Plays happen in the air like basketball and football, players endure grueling amounts of running like soccer, receivers leave their feet to make spectacular catches like baseball outfielders, and much of the sport is played in tournament format (multiple games per day, meaning an abundance of opportunities for Sports Center-like plays). 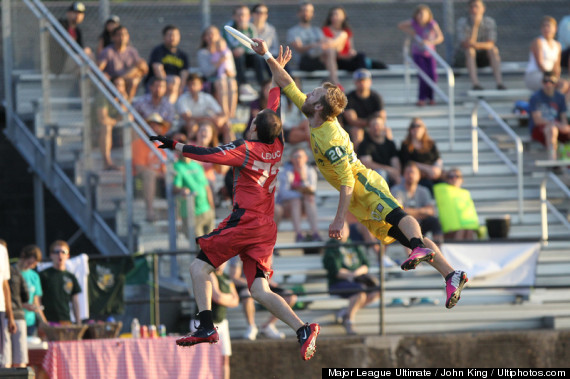 Perhaps one of the greatest thrills of Ultimate is traveling with your best friends to go play in some faraway city. The difference here is that in Ultimate, annual tournaments are actually designed for the party. Whether you're an elite level player or just a beginner, these tournaments are enjoyed by all. You can find them in places like Wildwood, New Jersey, where thousands of Ultimate players take over this beach town for an entire weekend. Other classics include MARS in Pittsburgh, Sandblast in Chicago, Lei Out in California and Potlatch in Seattle. Anytime you're feeling like you need a break from competitive Ultimate, these tournaments will do the trick.

6) Ultimate is working for peace in the Middle East.

With a large emphasis on community, Ultimate is frequently found at the forefront of movements and community-based programs. Perhaps none are more significant than Ultimate Peace, a summer camp that brings together Israelis and Palestinians on the Ultimate fields throughout Israel. 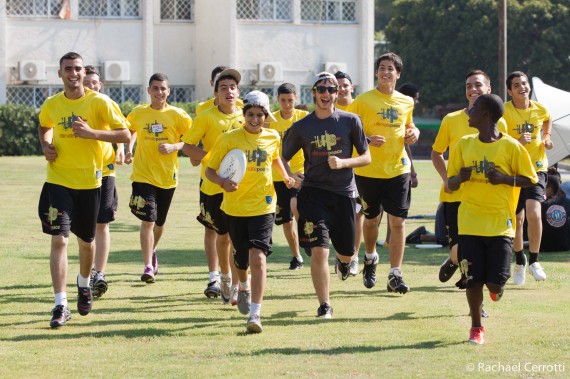 7) It's cheap and fairly simple.

Want to play a pickup game of Ultimate? All you need is some open space, a frisbee and... well, that's really it. You can consult the rulebook if you'd like, but the basic tenets go something like this: score in the other team's end zone, avoid contact, don't run with the Frisbee and play with integrity.

8) It's way better than book clubs or fraternities.

Looking for a solid group of friends when you get to college? How about a good way to meet some new people outside of work? Ultimate is perfect. The community in the sport is all about reaching out, spreading the game, and building relationships outside the lines. Ultimate players are generally well connected, too. All of my Ultimate friends can attest to the fact that the people they met through this sport helped propel them in new directions both with their careers and their social lives.

... at the end of the day, the things that happen on the field in Ultimate stand completely on their own.

Update (April 22, 2014): One major aspect of the sport that was overlooked in a previous version of this post was gender equity. Co-ed divisions and leagues make up the most prominent form of Ultimate, and the women's game has continued to grow and push the sport forward. Just check out this Callahan (college MVP who demonstrates the highest level of integrity) video from Lisa Picaithley.