Being a nonfiction author is my day job. In reality, I'm a historical detective (a gig so entertaining it ought to be illegal) and my "crime scene" is the ancient past. Recently I investigated the status of lust, love, and longing in the Greco-Roman world of 2,000 years ago.

Aroused by this treasure-trove of passions, perversions, and piquant personalities, I tore into my research. Here are some salty, sometimes spicy samples for you from The Joy of Sexus: Lust, Love, & Longing in the Ancient World (Walker Books) P.S. Reading ancient history isn't smut--it's educational. At times edifying. Revel in it! 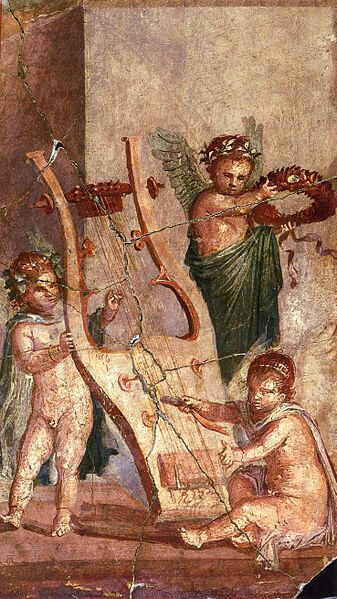 1 / 11
Where Valentine’s Day got its semi-naked start
The martyrdom of several early Christians, all named Valentin, supposedly inspired our Valentine’s Day. But I’m betting it was the pagans’ February fertility bash. An ancient Roman purification ritual, they called it Lupercalia, from lupus: the wolf. To kick it off, a group of guys sacrificed a goat and a dog, then feasted, heavy on the wine. Afterwards, they got naked, wrapping their loins in bloody strips of goatskin and making whips. As the men ran through the streets of Rome, gals from teens to matrons excitedly awaited them on every corner. The wolfish streakers did not disappoint. Lashing female bottoms while bellowing naughty songs, they made a circuit of the city, guaranteeing fertility for humans, animals, and crops. When Christianity triumphed in Rome, church officials tried and failed for two centuries to stamp out Lupercalia. Romans also adored the pagan godlet Cupid and his band of helpers, whose art, depicted everywhere, carried the notion of love’s importance into our time.