After serving for two challenging years in the chaos of a war zone as the Deputy Chief of Mission in Iraq, I received word that I would become the next Ambassador to Greece. To be quite honest, I had mixed feelings. I looked forward to the challenge, but I imagined the post would be too sedate compared with the adrenaline-charged days and world-shaping events in Iraq. It was anything but.

Within a year of my arrival, the streets were aflame with violent protests over a police shooting of a teenager. A year later, snap elections brought a socialist government to power. And soon thereafter, the onion was further peeled to expose a financial crisis and a crumbling economic foundation built on a corrupt, oligarchic, and debt-addicted system fed by billions of dollars of public and private EU loans and grants. 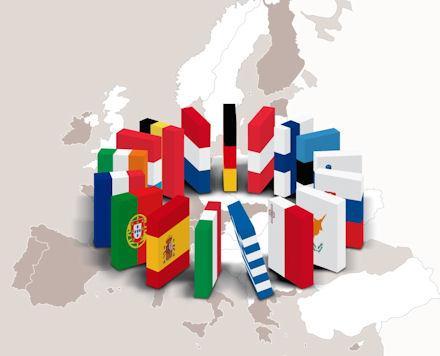 Even from the beginning of the debt crisis it was obvious that more was at stake than a default by Greece, which represents only about two percent of the Eurozone's economy. Even more alarming was the fact that Greece's financial collapse had the potential to create a "Lehman Brothers" phenomenon, setting off a wildfire that could spread to other weak economies and leave the European banks exposed. The crisis quickly became a test, not just for the Greek economy and polity, but for the European Union and its institutions as a whole.

Luckily, EU leaders dug in, worked through an agreement that shifted the debt from the private sector to the public sector, and bought several years for European banks to get their houses in order. This was a good solution--for the short run. But Greece was left with an unsustainable debt burden of nearly twice its GDP and managing write-offs only became politically more difficult, as the link to taxpayers' pocketbooks in these other countries became more direct.

The quagmire faced by Greece is not just economic. Running out of the easy money that had flowed for decades, masking the country's underlying structural problems, has meant the breakdown of the social contract, exposing the great inequity in Greece between rich and poor and squeezing the middle class. The flow of EU funds and private capital had kept the economy humming and postponed the harsh reality of an austerity budget: higher taxes and painful cuts in public spending for things like public salaries, pensions, health care, social services, education, and infrastructure.

But this all fell apart when the tap was turned off. As happens all too often, those at the bottom rungs of the economic ladder were hurt the worst. And the stress on the entire population sent the political system into convulsions. Four elections in three years. The propelling of a radical left coalition into power. The rise of far-right and nationalist parties. And the near destruction of a center-left party that had alternately governed with the main center-right party for 40 years.

Many suggest Greece is an exception, an isolated example of a profligate, sunny Mediterranean country with a laid-back lifestyle, unlike that of the climate-challenged, hardworking northern Europeans. But while Greece may lie at one end of the spectrum in terms of financial mismanagement, tax avoidance, corruption, and past reliance on external financing, it probably has much more in common with many countries in the Eurozone than many in Europe would want to admit.

For one, many countries are supporting social programs that will be unsustainable as their overall populations age. While reliance on immigration may be a long-term answer, the medium term is going to see more stress on their economies, with all the social and political problems that entails.

Second, Greece is not the only country to see a slow deterioration of its social contract. In many places, there is a growing disparity between parts of society that are enjoy­ing success and those who have been left out. The immigration over previous decades that has brought higher birthrates and younger populations has for now only exacerbated this gulf, creating enclaves of haves and have-nots who are alienated from the larger community.

Third, the rest of Europe is not immune to the political instability and flight to the extremes that can accompany the economic and structural strains that are coming down the road for many of the other states. This is already evident in the dramatic rise of the far left in Spain, to the rise of far-right, nationalistic movements in France and Germany, to authoritarian tendencies in Hungary.

And last, the European Union and its institutions work well in times of economic growth, but when times get tough, the spirit of compromise and consensus-building comes under strain. From issues of open borders and the free flow of people, labor, and goods, to developing a unified foreign and security policy, the European Union is struggling to maintain the ground it has already gained, much less keep from backsliding.

Greece is less an outlier in Europe than a canary in a coal mine. That is not to say that other countries are on the precipice of collapsing the way Greece did--although I suspect this will not be the last EU country to face these kinds of challenges--but that the experience with Greece has a lot to say about the health of the European project.

This should be of grave concern to us in the United States. The depth and breadth of Europe's economic turmoil means that this is not a short-term issue, and that the European Union is going to be focused inward for some time to come. The challenge for us is that we need a strong European Union, as a beacon of the values we share and as a like-minded international actor, now more than ever.

While there are no simple solutions to problems of this magnitude, there are some implications for US economic and foreign policy.

First, as we look to our own monetary and fiscal policy, we need to understand the importance of the United States as the engine of global growth. As the European Union's largest trading partner, its ability to weather the current and future challenges will be significantly improved by the continued strengthening of our economy. Conversely, should our recovery begin to stall or backslide, the repercussions will be doubly felt in Europe.

Second, we need to show strong leadership in international foreign policy and secu­rity challenges, avoiding where possible new flash points with the Russians or the Chinese, while not allowing these and other countries to take advantage of our strongest partners' current inward focus.

Third, we should reinforce the central EU institutions and power as the best check on unhealthy moves away from our fundamental shared values toward nationalism, populism, and destructive economic policies.

And last, in spite of its significant limits, we need to continue to disproportionately invest in NATO (compared to our European allies) as the best security structure to protect Europe, as well as the most efficient way to share the burden and build shared capabilities across European countries in times of economic stress.

Greece should not be viewed as a special case, but as an opportunity to learn from its example. It should spur us to seriously address the fundamental challenges we and our European partners face in maintaining healthy political systems that support fair, inclusive, and economically just societies in the midst of massive generational and transformational changes in our global economy and demography. And it should make clear the need to lean in to support our European partners and institutions rather than look to challenges on the European Continent as "their problem."

This article first appeared in The Ambassadors Review, a publication of the Council of American Ambassadors.