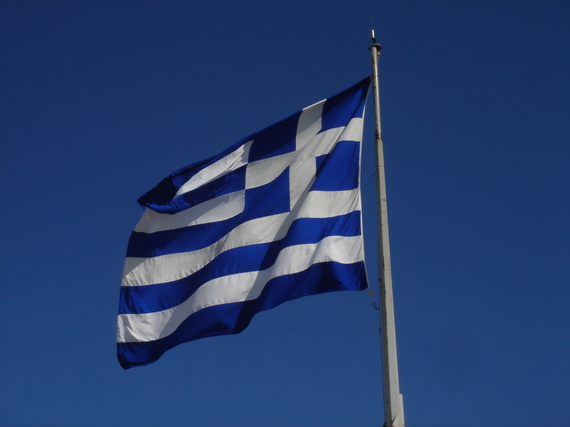 Greece and the Eurozone will find a way through this latest trouble. A Greek exit would create a nightmare for Greeks, with bank runs, capital controls, further economic contraction and dislocation. Crossing the threshold of a Euro exit could also threaten the economic stability of other financially stressed European countries, as well as jeopardize repayment on hundreds of millions of debt repayments. Both sides have an interest avoiding a Greek Exit, so odds are they will find a compromise.

These are the thoughts that keep coming to my mind as Greece edges ever closer to a default. As reasonable as they sound, as a former diplomat I have seen time and time again that economic rationality and self-interest are often trumped by politics and populist thinking.

And right now it's the politics, not the economics, which are driving the outcome. In Athens, the radical left government is in an impossible situation: Greeks overwhelmingly want to stay in the Eurozone but reject any further austerity program lorded over them by creditors.

On the other side, European creditors face "bailout fatigue" from their taxpayers, and are politically unable to foot the bill for any further bailouts not accompanied by a strong dose of fiscal and structural reform medicine. Greece's natural allies, like Spain and Italy, who have faced their own political problems with austerity, are also no longer sympathetic now that they are at risk from being flanked politically by populist left movements in their own countries.

So what happens next?

As no one wants to be blamed for a Greek exit and all the problems that will go with it, there will continue to be a flurry of diplomatic activity to find a compromise. However, even if Greece and its creditors can hold their noses and hammer out an agreement that gets them through the next round of significant repayments, it is hard to imagine, given the fundamentally different philosophies on how to restore economic health to Greece, that the two sides will be able to negotiate a new bailout program that would be politically sustainable over the medium term.

Unless European creditors look the other way or accept some "smoke and mirrors" with respect to further fiscal adjustments to accommodate debt service payments, at some point, the Greek government will face a choice of either making debt payments or paying salaries and pensions and keeping the hospitals running and the lights on. The government will -- out of political self-preservation -- choose the latter and de facto default or the government will collapse.

At that point, the European Central Bank will find it very difficult to continue propping up Greece by financing its bank debt collateralized by government bonds. This will very quickly create a liquidity crisis for the banks and for the government. A run on banks, and the imposition of capital controls, will likely follow.

Because of the overwhelming support for remaining in the Eurozone, Greece will likely struggle for as long as possible with capital controls to avoid moving back to the Drachma. But as the economic situation rapidly deteriorates, at some point, the economic pain and dislocation and the mountain of debt still hanging over the country will likely force a future government to manage the transition back to the Drachma.

It remains to be seen whether new elections could bring in a more centrist coalition government willing to impose more stringent fiscal reforms to support a new agreement that would unlock new financial flows and a debt restructuring. However, it is a long shot as there is little support for further austerity in Greece across the political spectrum and the political system is becoming more fractionalized.

The sad part is this: an offer to dramatically reduce Greece's debt to a still significant but sustainable level could be the key sweetener to help the current government swallow the bitter medicine needed to keep the bailout on track. But politics in creditor countries won't allow that - and inevitably we will have to watch the painful story unfold with all the human consequences it entails.

In the end, economics will get the last laugh over politics, but it will be at everyone's expense.