A tense standoff between the Greek government and its international creditors reached a breaking point this week. On Tuesday, Greece became the first developed country ever to miss a debt repayment to the International Monetary Fund. Meanwhile, the government is preparing to hold a national referendum on a new proposed bailout deal.

Creditors are insisting that Greece implement spending cuts and tax increases in order to seal a new agreement on bailout funds. Greek Prime Minister Alexis Tsipras says these demands, along with the dire warnings about Greece's future in the eurozone, constitute "blackmail" against his government, which was elected in January on an anti-austerity platform.

As the drama plays out, economists and political analysts are trading theories about what went wrong and who is to blame. For some, Greece's government has presided for too long over irresponsible economic policies, and is now playing a game of political brinkmanship to avoid the day of reckoning for its huge debts. Others say the international creditors are placing unreasonable demands on Greece after it has endured years of painful austerity as a condition for international loans. 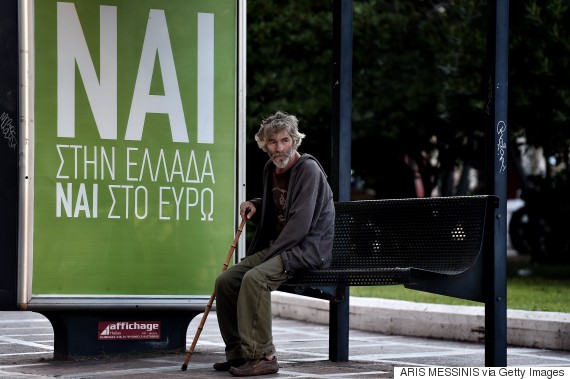 There is consensus on one point: Greece's economy is a shambles. The country's employment, wages and gross domestic product have nosedived since the financial crisis of 2008, and have barely recovered despite two major bailouts from international creditors starting in 2010.

Many economists blame the austerity policies for the Greek economy's failure to recover. “I can think of no depression, ever, that has been so deliberate and had such catastrophic consequences,” Joseph Stiglitz, a Nobel laureate in economics, wrote in a Project Syndicate article this week. Stiglitz argues that the so-called troika of international lenders to Greece -- the IMF, European Central Bank and European Commission -- has failed to acknowledge this in its negotiations over a new bailout:

It is startling that the troika has refused to accept responsibility for any of this or admit how bad its forecasts and models have been. But what is even more surprising is that Europe's leaders have not even learned. The troika is still demanding that Greece achieve a primary budget surplus (excluding interest payments) of 3.5 percent of GDP by 2018.

And you wonder why Greeks voted for change...
Would deval & Grexit be any more catastrophic? Chart via @RobinWigg pic.twitter.com/QV9501UQM1

According to Stiglitz, international creditors have been pushing faulty models on the developing world for years, and Greece is just the latest iteration.

“The disparity between what the Troika thought would happen and what has emerged has been striking -- and not because Greece didn't do what it was supposed to, but because it did, and the models were very, very flawed,” Stiglitz and Columbia University Research Fellow Martin Guzman argued in a separate WorldPost article addressing how Argentina's recovery from default might offer a hopeful example to Greece.

Financial analyst Clive Crook asked in a piece for Bloomberg why the failure of austerity policies in Greece is not even on the international creditors’ agenda as they push for a new deal.

“Yes, the program had failed," Crook wrote. "No, it wouldn't achieve debt sustainability. Absolutely, it was pointlessly grinding down Greek living standards even further. What did that have to do with it?”

Creditors, he argues, have done far too little to compromise, all the while blaming the impasse on a Greek government that faces a crashing economy and dire living standards. 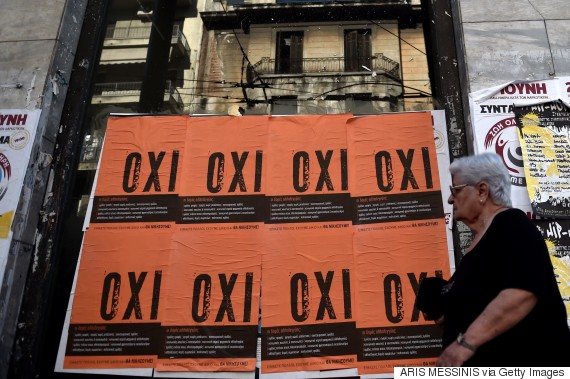 University of Maryland business professor Peter Morici argues that there is no evidence that more austerity will lift Greece out of its predicament.

"Neither Germany's finance ministry, nor any other European government or competent private institution, has tabled a credible analysis demonstrating how more austerity and labor-market reforms (read more layoffs and wage cuts) will instigate growth and not result in even bigger losses for bondholders down the road," he wrote for CNBC. "Another round of austerity would only further pummel the Greek economy, and impose economic deprivation that European leaders should be ashamed to engineer."

For Harvard economics professor Ken Rogoff, imposing more austerity on Greece will be useless if the country is not able to push the policies through or remains unconvinced of their effectiveness. “For reforms to take hold, the Greek government and its electorate must believe in them,” he wrote for Project Syndicate.

Rogoff argues that not all structural reform programs are bad, and criticizes left-wing economists for writing them off, but says that in the case of Greece, they may not be the best response.

In an ideal world, offering financial aid in exchange for reforms might help those in the country who want to shape it into a modern European state. But given the difficulty Greece has had so far in making the necessary changes to reach that goal, it might be time to reconsider this approach to the crisis completely. In place of a program providing the country with further loans, it might make more sense to provide outright humanitarian aid -– regardless of whether Greece remains fully within the eurozone. 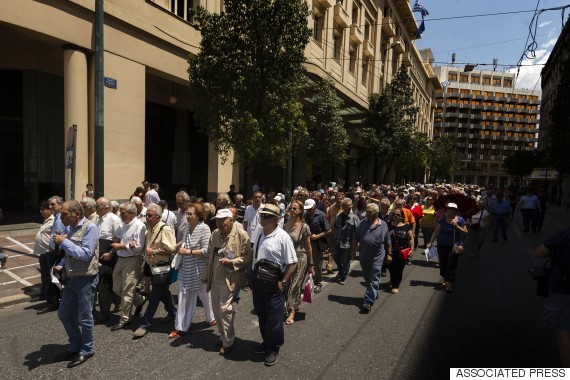 Other economists point out that Greece has been trapped in a vicious debt cycle. Money loaned to Greece has gone to pay off private creditors, rather than to Greek government coffers.

“The rescue that took place in the banking sector was really more of a rescue of northern European financial institutions that had overexposed themselves to Greece,” Vicky Pryce, chief economic adviser at the analytics firm Centre for Economics and Business Research and author of a book on the Greek economy, told The WorldPost. “The concern about this particular debt is that all it did is it transferred this large burden to the Greeks."

Jared Bernstein, a former economic advisor to President Barack Obama, argues that Europe could have helped the Greek economy in a smarter and more sustainable way. While Greek profligacy was partly to blame, the creditors' policies have also been disastrous, he wrote for MSNBC.

One reason Greek government debt grew so quickly was that Germany, the Eurozone’s powerhouse economy that’s been imposing austerity on the Greeks, used the money from its trade surpluses not to buy imports from weaker peripheral economies, like Greece, thereby helping to foster more balanced growth and less debt in the region. Instead, they bought Greek debt, financing the run-up we’re dealing with today. 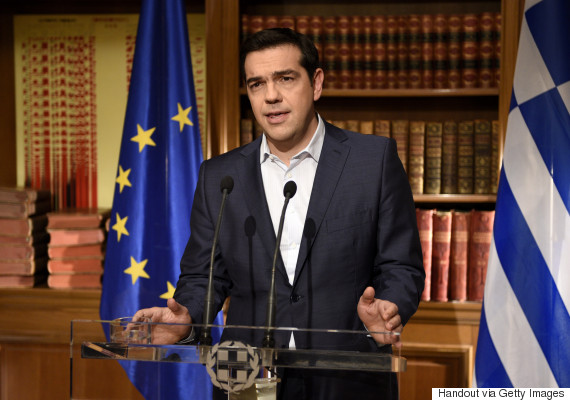 Several analysts point out that Tspiras' Syriza party was democratically elected in order to fight against the creditors' demands, and that creditors should take this into account.

“The troika clearly did a reverse Corleone -- they made Tsipras an offer he can’t accept, and presumably did this knowingly,” economist and Nobel laureate Paul Krugman wrote of the creditors' final bailout offer. “So the ultimatum was, in effect, a move to replace the Greek government. And even if you don’t like Syriza, that has to be disturbing for anyone who believes in European ideals.”

This has wider implications for other economies struggling under austerity policies, according to Mark Weisbrot, co-director of the Center for Economic and Policy Research. “The confrontation between the new Greek government and the European authorities is the first time since the Great Recession that voters have successfully been able to challenge the troika’s previously unaccountable power,” he wrote earlier this year. “Their policies have been widely unpopular in Europe, but this is the first government that is really forcing them to change.”

Now, Weisbrot argues that European creditors' tough stance in the talks is tantamount to an attempt at regime change. “So European authorities continue to take steps to undermine the Greek economy and government, hoping to get rid of the government and get a new one that will do what they want," he wrote in The Globe and Mail this week.

Former Treasury Secretary Larry Summers warned in an article last month that Greece is a failed state in waiting. Greeks have "imposed more austerity on themselves than any industrialized country has suffered since the Depression," he argued, calling for an agreement that takes this into account as well as the legitimate concerns of creditors.

If both sides don't compromise and no deal can be reached, Summers wrote, even worse austerity will be on its way for Greece.