ATHENS, July 18 (Reuters) - The Greek government ordered banks to open on Monday, three weeks after they were shut down to prevent the system collapsing under a flood of withdrawals, as Prime Minister Alexis Tsipras looked to the start of new bailout talks next week.

The decree to re-open the banks came hours after new ministers were sworn in following a cabinet reshuffle in which Tsipras replaced dissident members of his ruling Syriza party following a revolt over the tough bailout terms.

In a move that marked a split with the main leftist faction in the ruling Syriza party, Tsipras sacked hardline former Energy Minister Panagiotis Lafazanis and two deputy ministers following a party rebellion in which 39 Syriza lawmakers withheld support from the government over the package.

Panos Skourletis, a close Tsipras ally who left the labor ministry to take over the vital energy portfolio, said the reshuffle marked “an adjustment by the government to a new reality.”

The reshuffle allowed Tsipras to replace cabinet rebels with allies of his own or from his junior coalition partners, the right-wing Independent Greeks party.

The first action of the new cabinet was to sign off on a decree to reopen banks on Monday with slightly more flexible withdrawal limits that allow a maximum of 420 euros a week in place of the strict limit of 60 euros a day currently in place.

But restrictions on transfers abroad and other capital controls remain in place.

The move had been widely expected after the European Central Bank agreed to re-open the emergency credit lines which the tottering Greek banking sector needs to survive.

Tsipras now intends to seal the bailout accord with European partners over the next few weeks before likely new elections which Interior Minister Nikos Voutsis said this week could happen in September or October.

“Our aim is to negotiate hard for the terms of the agreement, not just to seal it, but on how it will be implemented. There are many vague terms in the text,” said newly-appointed Labor Minister George Katrougalos.

He said the government, elected in January on an anti-austerity platform, would fight for an agreement that was “socially just” and dismissed suggestions that it would have to take on the powerful labor unions and risk street protests.

“The Left is with demonstrations. The Left wants the people on the streets,” he said.

The deal, approved with the support of opposition parties on Thursday after 39 Syriza rebels withheld their backing, agrees a painful mix of tax hikes, spending curbs and pension cuts as well as a rollback of collective bargaining agreements.

In addition, 50 billion euros ($54.14 billion) in public assets are to be placed in a special privatization fund as collateral for loans of up to 86 billion euros that must be agreed with European partners.

Acceptance of the tough bailout terms marked a turnaround for Tsipras after months of acrimonious talks and a referendum that resoundingly rejected a less stringent deal proposed by the lenders. But opinion polls suggest the prime minister's popularity remains high.

A poll published on Saturday in the leftwing Efimerida Ton Syntaknon newspaper suggested Syriza would get 42.5 percent of the vote if an election were held now, almost double conservative New Democracy's 21.5 percent.

In addition, 70 percent said they would prefer to accept the bailout deal if it kept Greece in the euro. 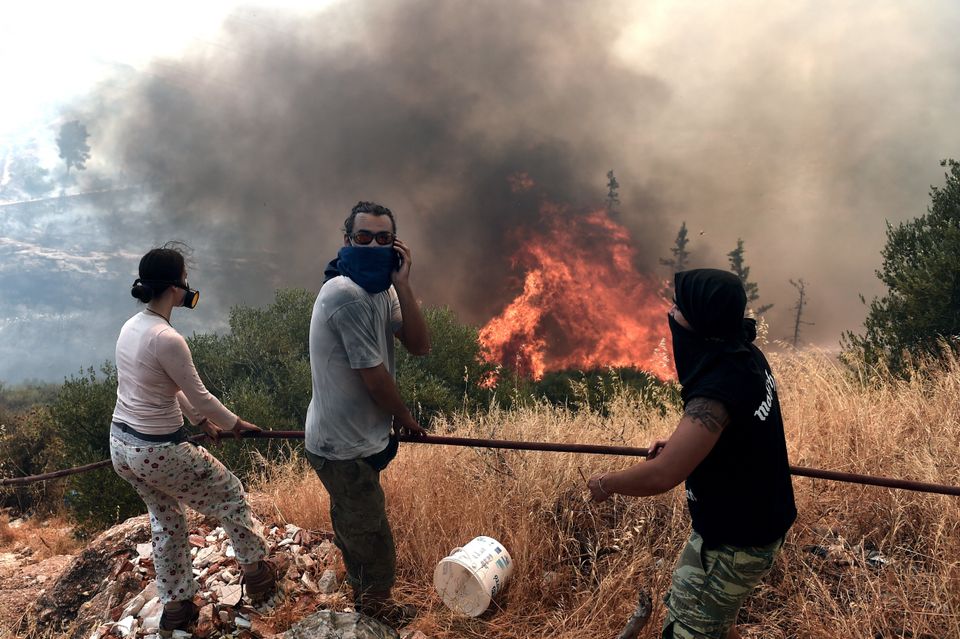