By Jan Strupczewski and Renee Maltezou

BRUSSELS/ATHENS, June 2 (Reuters) - Greece's creditors drafted the broad lines of an agreement on Tuesday to put to the leftist government in Athens in a bid to conclude four months of acrimonious negotiations and release aid before the cash-strapped country runs out of money.

The joint effort by the European Commission, the European Central Bank and the International Monetary Fund to set out the terms for a cash-for-reforms deal came after the leaders of Germany and France held emergency talks with the institutions in Berlin on Monday night to press the lenders to bridge their own differences and find a solution.

"It covers all key policy areas and reflects the discussions of recent weeks. It will be discussed with (Greek Prime Minister Alexis) Tsipras tomorrow," a senior EU official said.

Another official said German Chancellor Angela Merkel and French President Francois Hollande would put the plan to Tsipras by telephone within hours to try to secure his acceptance.

Tsipras, who has vowed not to surrender to more austerity, tried to pre-empt a take-it-or-leave-it offer by the creditors, sending what he called a comprehensive reform proposal to Brussels on Monday before they could complete their version.

Euro zone officials branded the Greek text insufficient and said it was not formally on the table.

The Greek leader faces a backlash from his own supporters if he has to accept cuts in pensions and job protection to avert a default and keep Greece in the euro zone.

Despite defiant rhetoric and face-saving efforts, he seems likely to have to swallow painful pension and labor reforms, facing the choice between putting them to parliament at the risk of a revolt in his Syriza party, or calling a snap referendum.

Starved of aid and access to bond markets, Athens is precipitously close to running out of money. It has threatened to default on an IMF payment this week without a deal, though it also says it will reject any ultimatums.

Failure to reach agreement this month could trigger a Greek default and lead to the imposition of capital controls and a potential exit from the euro zone, dealing a serious blow to Europe's supposedly irreversible single currency.

The euro zone source said the Greek document contained no significant concessions on the main outstanding issues of pension and labor market reform, fiscal targets and the size of the civil service.

The European Union's economics chief said earlier Athens had put forward first proposals for pension reform as the talks reach a crunch point this week with Greek funds drying up.

The chairman of euro zone finance ministers, Jeroen Dijsselbloem, who was not at the Berlin meeting, said there were growing indications that Greece wanted a deal, but that required the Greek government to tell its voters the truth, that it will not be able to deliver on all its election promises.

"There are signs that Greece and Tsipras are motivated to achieve a breakthrough," Dijsselbloem told RTL Nieuws. "We aren't far enough along and time is pressing."

"The bottom line is that we are not going to meet them halfway," he said. "The package as a whole must make sense in budgetary terms." 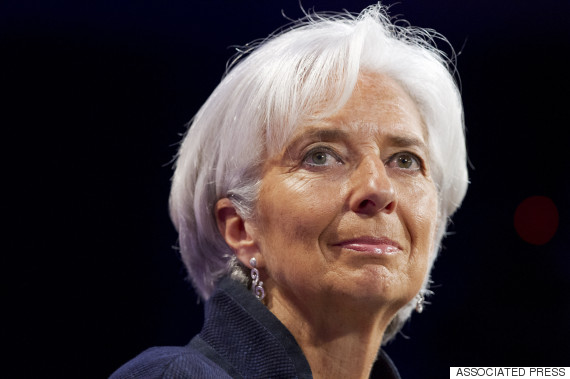 The Berlin meeting showed that national and international leaders have taken the battle to keep Greece in the euro zone into their own hands after months of insisting it was a matter for technical negotiations among experts.

A Greek government official said Athens would make a 300 million euro ($329.58 million) repayment to the IMF on Friday as due if there was an agreement with the creditors, hinting it might otherwise withhold the money without saying so explicitly.

"If we judge that a deal has been sealed, then we will make the June 5 payment normally," the official said, adding that the money would be transferred even if a preliminary agreement had not yet been approved by Eurogroup finance ministers.

Greece's central bank governor, Yannis Stournaras, who served as finance minister in a previous conservative-led government, urged the government to respect the "sacrifices" its people had made to stay in the euro, citing a 35 percent drop in living standards since the crisis began in 2009.

EU Economy Commissioner Pierre Moscovici deflected Greek demands for official debt relief, saying the issue of making Greek debt sustainable in the longer term would only be addressed once Athens had accepted a reform deal to release some 7.2 billion euros in frozen aid.

That program expires at the end of June unless there is an agreement.

Greek officials say the IMF has been toughest in demanding pension cuts and opposing any restoration of collective wage bargaining, while some euro zone governments have privately accused Juncker and Moscovici of being too soft on Athens.

Greece has received two EU/IMF bailouts totalling 240 billion euros since 2010, when it lost access to capital markets after admitting it had issued erroneous figures for years concealing the true scale of its budget deficit. ($1 = 0.9102 euros) 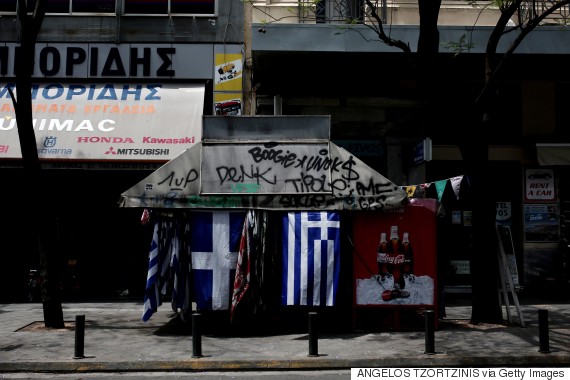 (Additional reporting by Lefteris Papadimas and Karolina Tagaris in Athens, Andreas Rinke in Berlin and Leigh Thomas in Paris; Writing by Paul Taylor and Deepa Babington,; editing by Anna Willard)