By Renee Maltezou and Andreas Rinke

BRUSSELS, July 12 (Reuters) - Euro zone leaders told near-bankrupt Greece at an emergency summit on Sunday it must enact key reforms this week to restore trust before they will open talks on a financial rescue to keep it in the European currency area.

Leftist Prime Minister Alexis Tsipras will be required to push legislation through parliament to convince his 18 partners in the euro zone to release immediate funds to avert a state bankruptcy and start negotiations on a third bailout program estimated at up to 86 billion euros ($95.5 billion).

Six sweeping measures including tax and pension reforms must be enacted by Wednesday night and the entire package endorsed by parliament before talks can start, a draft decision by Eurogroup finance ministers sent to the leaders showed. 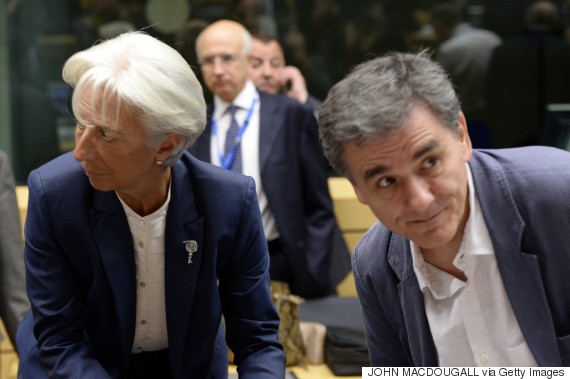 The document included a German proposal to make Greece take a "time-out" from the euro zone if it fails to meet the conditions. But not all ministers endorsed the idea, which a senior EU source said was illegal and would not survive in the summit statement.

Tsipras said on arrival in Brussels he wanted "another honest compromise" to keep Europe united.

But German Chancellor Angela Merkel, whose country is the biggest contributor to euro zone bailouts, said the conditions were not yet right to start negotiations, sounding cautious in deference to mounting opposition at home to more aid for Greece.

"The most important currency has been lost and that is trust," she told reporters. "That means that we will have tough discussions and there will be no agreement at any price."

If Greece meets the conditions, the German parliament would meet on Thursday to mandate Merkel and Finance Minister Wolfgang Schaeuble to open the talks on a new loan. Then Eurogroup finance ministers would meet again on Friday or at the weekend to formally launch the negotiations.

A Greek government official, in a first reaction to the draft, said: "How can they demand all these measures at the last minute without securing a lifeline to see us through till next week?"

A European official said a Eurogroup meeting on Monday could discuss ways to provide emergency finance to keep Athens afloat.

As the summit dragged into the late evening, officials said the biggest of a series of sticking points was Germany's insistence that Greek assets worth 50 billion euros earmarked for privatization be placed in a trust fund in Luxembourg to be sold with proceeds going directly to pay down debt.

One diplomat said that was tantamount to turning Greece into a "German protectorate."

Another diplomat said Merkel had declared the matter a "red line" for Germany. Tsipras, for his part, was insisting on a stronger commitment by the creditors to restructuring Greek debt to make it more sustainable in the medium-term.

Some questioned whether it was feasible to rush the package through the Greek parliament in just three days. Tsipras is set to sack ministers who did not support his negotiating position in a vote last Friday and make dissident lawmakers in his Syriza party resign their seats, people close to the government said. 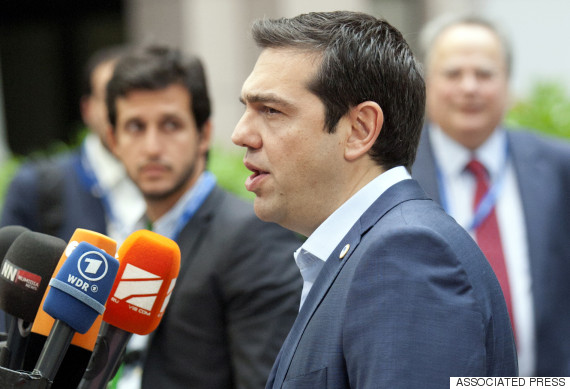 Earlier, there were angry exchanges at a finance ministers' meeting that ended without a firm recommendation on Greece's application for a three-year loan on the basis of reform proposals submitted by Tsipras.

Eurogroup chairman Jeroen Dijsselbloem said that while ministers had made good progress, a couple of big issues were left for the leaders to resolve.

The draft said Greece needed 7 billion euros by July 20 in immediate funding, when it must make a crucial bond redemption to the European Central Bank, and a total of 12 billion euros by mid-August when another ECB payment falls due.

It did not say how those needs would be met, and EU officials said finance ministers had been unable to agree on emergency finance.

Several hardline countries voiced support for the German proposal that Greece take a five-year "time-out" from the euro unless it accepted and implemented swiftly much tougher conditions.

But French President Francois Hollande, Greece's strongest ally in the euro zone, dismissed the notion, saying it would start a dangerous unraveling of EU integration.

"There is no such thing as temporary Grexit, there is only a Grexit or no Grexit. There is Greece in the euro zone or Greece not in the euro zone. But in that case it's Europe that retreats and no longer progresses and I don't want that," he said.

European Council President Donald Tusk canceled a planned summit of all 28 EU leaders that would have been needed in case of a Greek exit from the single currency, and said euro zone leaders would keep talking "until we conclude talks on Greece."

The ministers also insisted that the International Monetary Fund remain fully involved in any third bailout for Athens.

At one stage in the debate on Greece's debt sustainability, Germany's hardline Schaeuble snapped at ECB President Mario Draghi: "I'm not stupid," a person familiar with the exchange said. Schaeuble also clashed with the head of the euro zone bailout fund, Klaus Regling, on whether the EU treaty conditions for an emergency loan were fulfilled, another source said.

Those rules say there must be "a risk to the financial stability of the euro area as a whole or of its Member States." 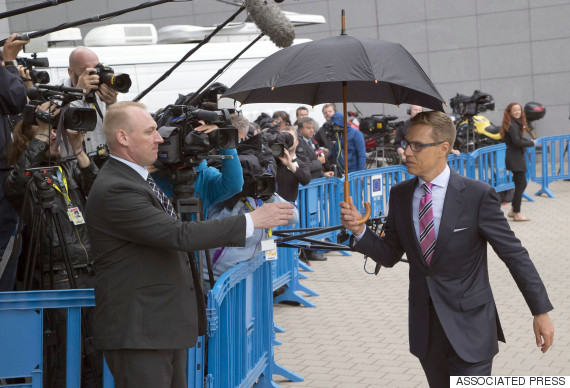 Greece's new finance minister, Euclid Tsakalotos, was silent in public but the reaction among some lawmakers in Tsipras' radical leftist Syriza party, still smarting from having to swallow austerity measures they had opposed, was furious.

"What is at play here is an attempt to humiliate Greece and Greeks, or to overthrow the Tsipras government," said Dimitrios Papadimoulis, a Syriza member of the European Parliament. 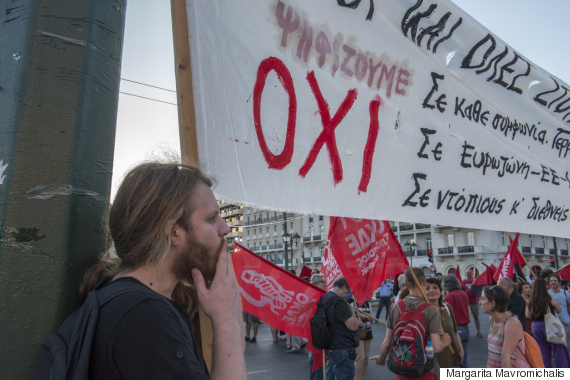 With banks shuttered for two weeks, cash withdrawals rationed and the economy on the edge of an abyss, some Greeks vented their anger on Merkel and Schaeuble.

"The only thing that I care about is not being humiliated by Schaeuble and the rest of theme" said Panagiotis Trikokglou, a 44-year-old private sector worker in Athens.

Greece has already had two bailouts worth 240 billion euros from euro zone countries and the International Monetary Fund, but its economy has shrunk by a quarter since the crisis began, unemployment has soared above 25 percent and one in two young people is out of work. 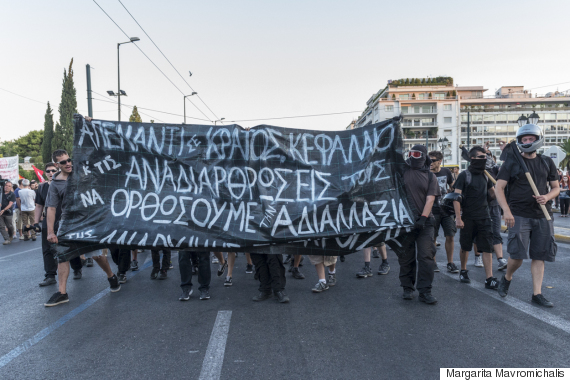 Athens defaulted on an IMF loan repayment last month and faces state bankruptcy if it cannot make the bond redemption on July 20, which would likely force the ECB to cut emergency funding for Greek banks.

Economists said the idea of a temporary exit would mean in practice ejecting Athens from the European monetary union.

Paul De Grauwe, a Belgian economist at the London School of Economics, compared it to a couple having a trial separation.

"Temporary Grexit is like temporary divorce. Most if not all end up being permanent," he said in a Twitter message.

The United States has added its voice to calls for a deal this weekend, concerned at the geopolitical consequences if Greece were to be cut loose and become a failed state in economic terms in the fragile southern Balkans, adjoining the Middle East. ($1 = 0.9007 euros) (Additional reporting by Alastair Macdonald, Philip Blenkinsop, Foo Yun Chee, Robert-Jan Bartunek, Tom Koerkemeier, Julien Ponthus, Francesco Guarascio, Julia Fioretti and Alexander Saeedy in Brussels, Michele Kambas and Matthias Williams in Athens, Rene Wagner and Paul Carrel in Berlin and Crispian Balmer in Rome; Writing by Paul Taylor; Editing by Giles Elgood, Janet McBride)