BERLIN, July 6 (Reuters) - The German government signaled a tough line towards Greece on Monday, saying it saw no basis for new bailout negotiations and insisting it was up to Athens to move swiftly if it wanted to preserve its place in the euro zone.

With opinion towards Greece hardening in Germany's ruling coalition following the landslide rejection of European bailout terms in a Sunday referendum, the government indirectly raised the prospect of a Greek exit from the currency bloc.

Chancellor Angela Merkel's spokesman said it was up to Athens to act so that it could remain in the currency bloc, and Vice Chancellor Sigmar Gabriel went further by saying the Greek government needed to improve on its previous proposals.

"If Greece wants to stay in the euro, the Greek government must quickly make a substantive offer that goes beyond its willingness thus far," said Gabriel, leader of the Social Democrats (SPD), junior partner in Germany's ruling coalition.

"For the Greek population, life will get even more difficult in the coming days and weeks. The definitive insolvency of the country now is an imminent threat," added Gabriel.

The increasingly strong rhetoric from the center-left SPD leader, along with the uncompromising stance of Merkel's own conservatives, leaves the chancellor little room for maneuver in any new talks with Greek Prime Minister Alexis Tsipras.

Pressed on what concessions Berlin might be willing to make to Tsipras, a finance ministry spokesman dismissed the idea of a debt restructuring sought by Athens and favored by the International Monetary Fund (IMF).

Merkel was traveling to Paris later on Monday to agree a common stance towards Greece with President Francois Hollande. The chancellor also spoke by phone with Tsipras who agreed to present a new proposal for an aid-for-reforms deal at a European Union summit on Tuesday, a Greek government official said.

The rhetoric out of Paris, Madrid and other capitals was more conciliatory towards Greece on Monday morning, with French Finance Minister Michel Sapin saying a Greek debt writedown should not be considered taboo.

German have officials acknowledged privately that Berlin and Paris have sent out conflicting signals in recent days that it is important to get the euro zone's two biggest countries back on the same page.

Gabriel said the two countries needed to regain voters' belief in their capacity to deliver results: "Beyond all issues around Greece, it would be good if Germany and France would sit down again to think about stronger cooperation," he said. 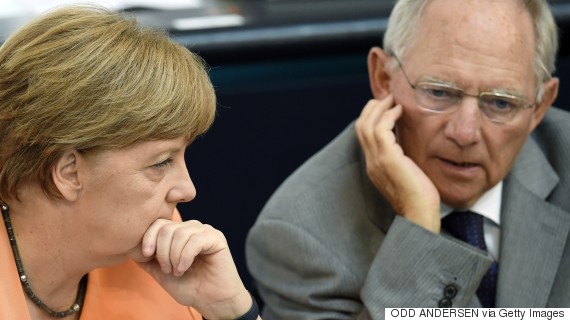 German Finance Minister Wolfgang Schaeuble (R) and German Chancellor Angela Merkel chat during a session at the Bundestag lower house of parliament on the Greek crisis on July 1, 2015 in Berlin. (ODD ANDERSEN/AFP/Getty Images)

Government spokesman Steffen Seibert played down the impact of the resignation of Greek finance minister Yanis Varoufakis, whose fiery language has alienated the Germans and many of their euro partners. He said that Greek policy positions were more important than personnel.

Merkel, who has worked hard behind the scenes to avoid a Greek exit, finds herself boxed in following the referendum by the increasingly hard line taken by her conservative allies and the SPD.

"I don't see a strengthened negotiating position for Greece. Just the opposite," said Carsten Schneider, finance expert and deputy SPD parliamentary floor leader. "It is a position that has strengthened the radical powers in Greece and made it much, much harder for Europe to accommodate them."

Reflecting a shift in the political mood in Germany, Finance Minister Wolfgang Schaeuble, who has become a hate-figure in Greece, saw his popularity at home surge to a new high last week, according to an opinion poll.

"The whole thing about the irreversibility of the euro and all of that -- that ship sailed a long time ago," he said. "Now it is: 'Can you manage through this crisis properly?'" 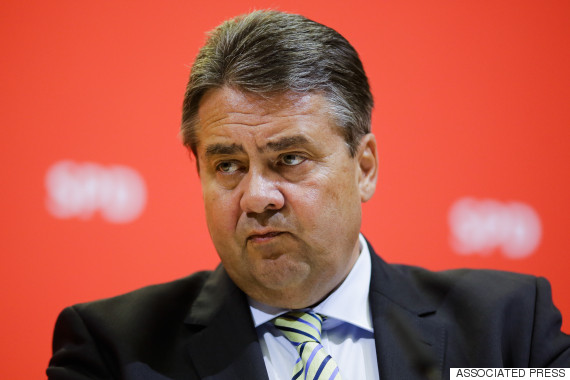