As partial results of Sunday's highly anticipated referendum trickled in, Greeks appeared to have overwhelmingly rejected the terms of a bailout deal proposed by the country's creditors.

Greece's Interior Ministry announced on Sunday night that more than 61 percent of participants are expected to have voted against the deal. No exit polls were conducted during the vote, Reuters reports.

Hundreds of people gathered in downtown Athens as news of the result came in. Greece's defense minister, Panos Kammenos, tweeted that the referendum showed Greeks "won't be blackmailed" and that "democracy has won."

Millions of Greeks took part in the referendum and according to Greece's Interior Minister Nikos Voutsis, turnout was above 50 percent. 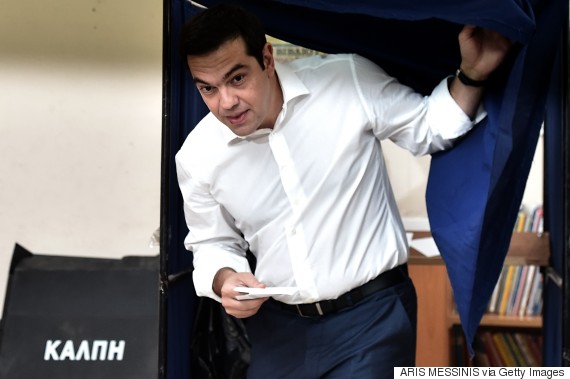 Greek Prime Minister Alexis Tsipras comes out of a polling booth during the Greek referendum in Athens on July 5, 2015. (ARIS MESSINIS/AFP/Getty Images)

Greek Prime Minister Alexis Tsipras cast his ballot for the "No" campaign on Sunday, saying "no one can ignore the will of the people to take their lives in their hands."

Giannis Boutaris, the mayor of Thessaloniki, called for unity. "Whatever the result, this division needs to end. The political parties must stop cultivating this confrontation," Boutaris told reporters outside a polling station. 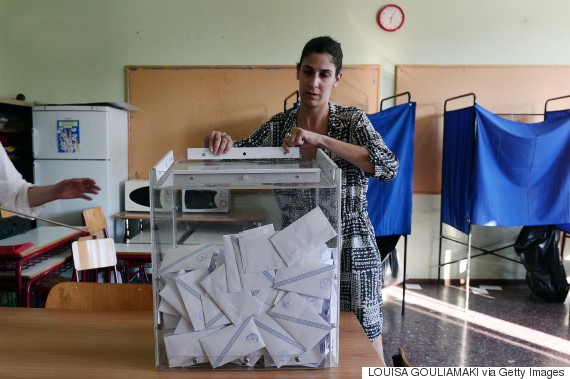 The vote comes after months of contentious negotiations between Greece and its so-called troika of creditors -- the International Monetary Fund, the European Commission and the European Central Bank. This week, Greece and its creditors failed to reach a deal to release 7.2 billion euros in bailout funds so that Athens could pay off its debts before June 30.

As the deadline approached, Tsipras announced plans to hold a national referendum on July 5 to determine whether Greece would accept the bailout. The surprise development torpedoed hopes for a deal, and Greece subsequently missed a 1.6 billion euro payment to the IMF on Tuesday, putting the nation in arrears. 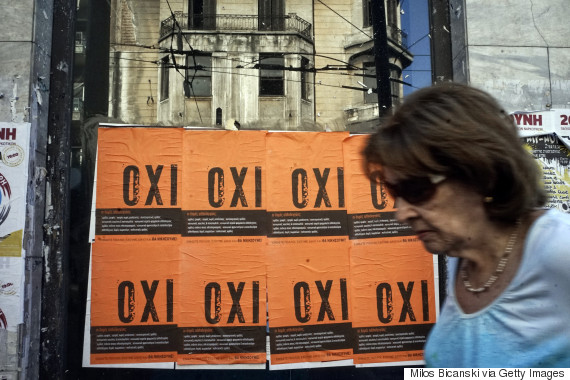 A woman passes a referendum campaign poster with the word "No" written on it on July 2, 2015, in Athens. (Milos Bicanski/Getty Images)

Austerity policies have proven extremely unpopular in Greece as the nation suffers through its current financial woes. Greece currently has the highest unemployment rate in Europe, and the economy has shrunk by about a quarter since 2007.

Worried that the country's uncertain financial future could spark a run on the banks, the Greek government decided last weekend to close banks and limit daily ATM withdrawals, adding to the hardships of many Greeks. Older people have particularly suffered, and thousands of pensioners without debit cards crowded into banks on Wednesday to receive a one-time withdrawal of 120 euros intended to last them the week.

The leaders of the eurozone's three biggest countries all came forward this week to push for a "Yes" vote, leveraging fears of a financial disaster and polls showing that a majority of Greeks want to continue using the euro. While Greek leaders have insisted that a "No" vote does not mean the country will exit the eurozone and will give the government a stronger negotiating position, European leaders and finance officials have consistently said that the referendum will decide the fate of the euro in Greece. 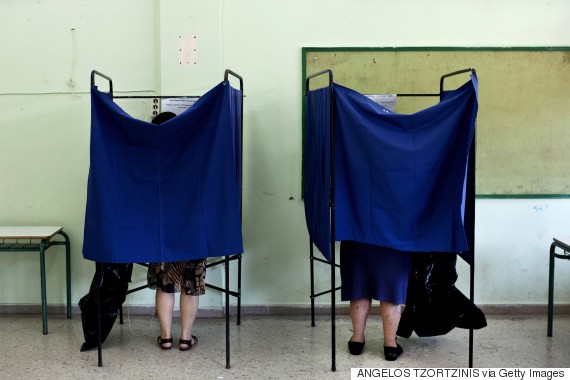 There has also been debate about the way the referendum questions are phrased on the ballot. Critics say the phrasing is convoluted and uses economic terms such as "debt sustainability analysis" without providing any explanation of what they mean. Many Greeks say they aren't fully aware of the implications of their vote.

Meanwhile, rights groups have claimed that holding a referendum with only one week's notice fails to meet the proper standards for a fair vote. The condensed time frame has also raised concerns that the millions of ballots needed at the polls won't be printed or distributed in time for the vote. 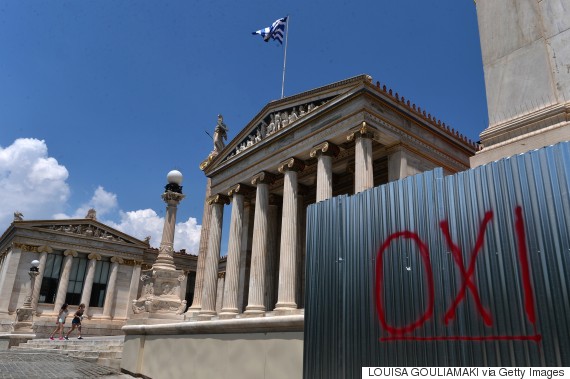 The word "No" is spray-painted on a piece of sheet metal in Athens on July 1, 2015. (Louisa Gouliamaki/AFP/Getty Images)

Both the "Yes" and "No" camps have held large rallies throughout the week, with demonstrators crowding into Athen's Syntagma Square by the thousands. Trade unions also hung a huge banner reading "no to blackmail and austerity" from Greece's Ministry of Finance on Wednesday.

Sunday's vote will be Greece's first referendum since 1974, when Greeks voted to make the country a republic rather than a monarchy.