Police and protesters clashed in Athens Tuesday, as police hurled tear gas into crowds of hooded youths protesting the austerity measures that lenders have demanded to avoid national bankruptcy.

Labor unions have been on a 48 hour strike crippling the country, and the protests have resulted in the deployment of 5,000 police officers in Athens, according to Reuters. Much of the violence and many of the demonstrations have taken place in Syntagma Square outside the Greek parliament.

Though much of the crowd, which was estimated to be as large as 20,000 people, thinned out after tear gas was thrown, harder protesters stayed and forced police forces to remain in the area.

You can read more or see video of the riots here. 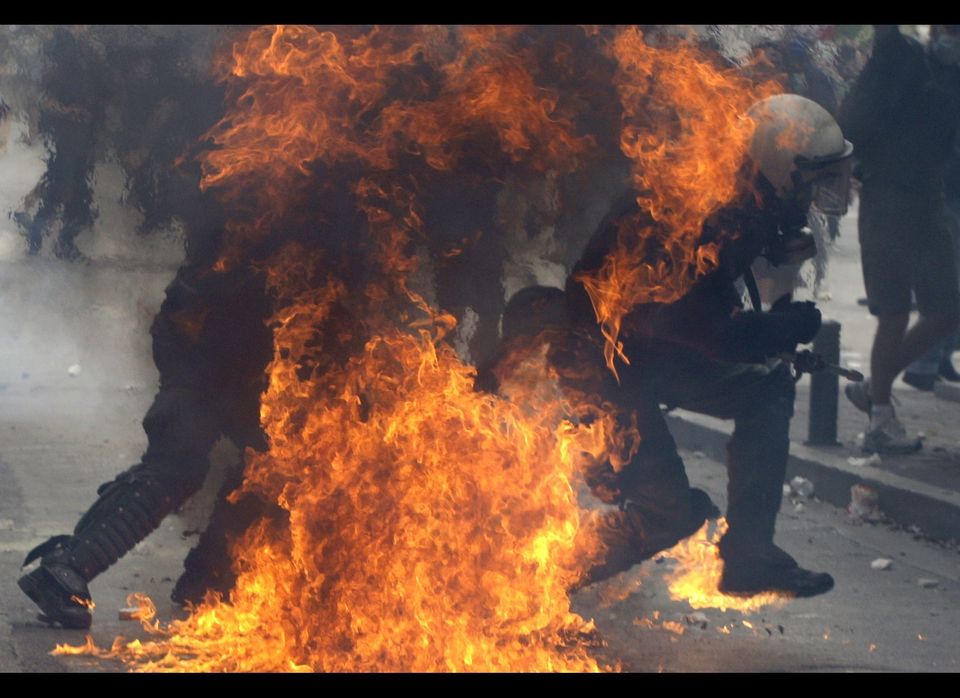