Frustrated with the persistent refusal of Germany to settle the decades long pending WWII German reparation obligations, ordinary Greek citizens have organized a petition and are collecting signatures to demand the long delayed settlement.

The ongoing petition at www.greece.org/blogs/wwii/ is receiving support and solidarity from people around the world (over 188,000 signatures by now), which proves the clamor for justice by the global community.

To preempt skeptics and critics, although presently Greece is suffering a temporary economic crisis, she should not relinquish her right to demand settlement and shouldn't be asked to resign from her obligation to seek justice for her people.

On October 1940, North-west Greece was attacked by Germany's ally, Italy, which was repelled by the Greek army. In April 1941, Germany came to Italy's rescue, invaded and occupied Greece for four years committing massive crimes against the people of Greece and total destruction of Greece's infrastructure.

At the end of WWII Greece had lost 13 percent of its population, more than 1700 villages and towns had been burned, most of their inhabitants had been executed by the German occupiers, and the country virtually resembled a pile of debris. (Doxiadis p 38, Illiadakis p 137).

On top of that, while the occupied Greeks were dying by the thousands from starvation, Germany forced Greece to provide an onerous US $3.5 billion loan which still remains unpaid. Moreover, from the US $14 billion well documented claim for war damages presented by Greece at the Paris Conference in 1946, only US $7.1 billion were officially accepted, which remain unsettled until today. (Blytas p. 344, Doxiadis p.37, Mazower p.23)

Italy's Mussolini complained to his minister of foreign affairs Count Ciano "The Germans have taken from the Greeks even their shoelaces." (Ciano p.387) 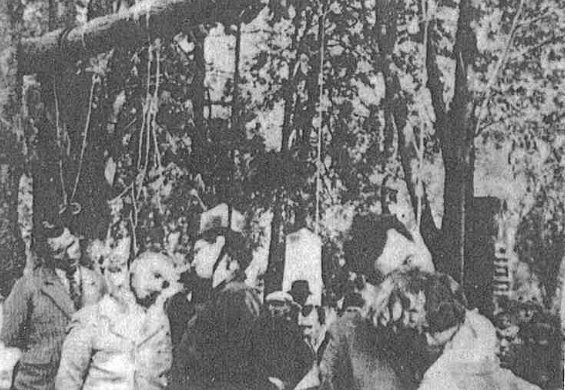 With permission of G. C. Blytas, author, The First Victory, Greece in the Second World War

Despite the non-stop Greek efforts for settlement in 1945-47,1964-66, 1974, 1987 and 1995, Germany is systematically avoiding responsibility and delays the settlement. In 1964, German Chancellor Erhard promised settlement after the unification of Germany, which took place in 1990, but the settlement is still pending.

In the presence of the indefensible massive evidence, Germany has never denied or disputed the damages, but is systematically using artificial legal obstacles to delay settlement. On the other hand, the international legal system has failed to seal legal loopholes and has allowed injustice to be perpetuated.

A clear example is the case of Distomo (a town in central Greece) where on June 10, 1944 the German occupiers following their policy of brutal collective punishment, executed 218 civilians (men, women and children) as retribution for the killing of three Germans by the local guerrillas, even though the villagers had no relation with the resistance movements.

To enforce the decision by the Greek court, this case was brought before an Italian court where the judges awarded to the families of the victims the Villa Vigoni in Menaggio, Italy, a German government-sponsored non-profit foundation but the German government appealed the decision of the Italian supreme civil court at the International Court of Justice (ICJ) claiming State immunity.

After 15 years of trials, the ICJ slammed the relatives of the 232 Distomo victims in this case with the following catastrophic verdict: "Distomo victims cannot seize German property in Italy."

Unfortunately, the case of Distomo underscores the very serious defects in the fairness of the international justice system. With this verdict, the ICJ has set a scandalous discriminatory precedent contradicting its own rulings and moral authority when it prosecutes individuals for crimes they have committed in other countries, proven by the granting of state immunity to Germany for such massive crimes.

Clearly in the case of Germany the Court has used double standards. Observing the justifiable eagerness for prosecution of wrongdoers like Slobodan Milosevic, Radovan Karadzic, Ratko Mladic, Omar al-Bashir, Charles Taylor, Uhuru Kenyatta and others, further demonstrates of how unfairly the Distomo and the rest of the Greek cases are treated by the international legal system.

Loosening the rigidity of the law and bending it to accommodate Germany's baseless arguments, it is equivalent to allowing a powerful nation to remove the blindfold from "Themis," the ancient Greek goddess, founder of justice, and replace her balanced scales of justice with a tilted one. In effect, the ICJ converted itself into a safe harbor for a powerful nation. 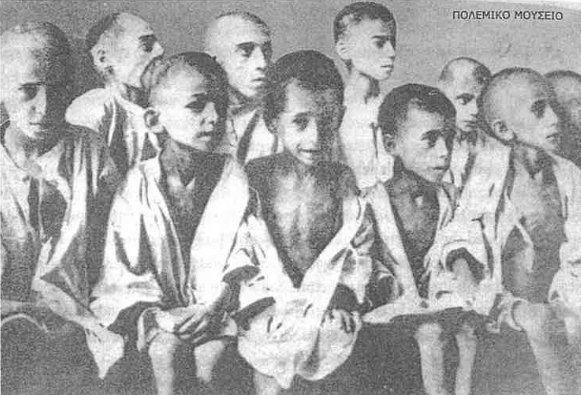 With permission of G. C. Blytas, author, The First Victory, Greece in the Second World War

Germany, who claims to be a strong advocate of the rule of law, must accept responsibility, settle her obligations to Greece and close this dark chapter of her history. Failure to do so will be equivalent to leaving unattended the bleeding wounds it inflicted on Greece and will stain forever the history book of global justice.

The just resolution of the case of Distomo presented a legacy-setting opportunity to the international legal system to demonstrate the essence of justice by removing Germany's obstructionist technicalities in her effort to evade her responsibility for the war crimes committed against the people of Greece.

Only few months ago, three Mau-Mau Kenyan tribesmen, tortured by their British colonizers during the early 1950's, won a landmark case for compensations in English courts, while the Greek victims of Germany, despite the incontestable proofs of the damages, for the last sixty years are failing to obtain justice not only in the German courts, but also in the International Court of Justice.

Fundamental questions: Do we allow Germany to invoke immunity for horrible massive crimes and stain the history books of our global legal system, or we unite our fight for fairness and justice?