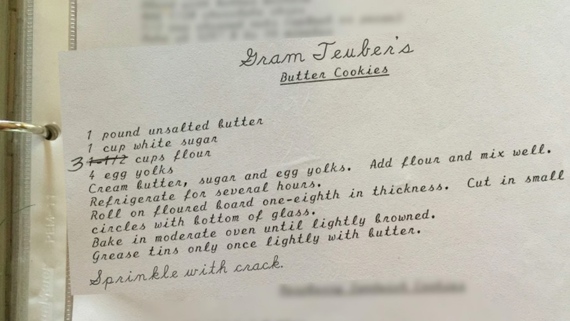 Seriously. I am getting so old (or the news is getting so bad) that the mere act of reading the newspaper causes me to hear my blood pressure. Literally. The other day I was reading about EpiPen and it sounded like the Quicksilver Big Wave Invitational in my head.

Apparently, more and more people require the life saving medication in the EpiPen, so really, what better time to jack the price than when more and more people on the very verge of death need your product, and your CEO can't make ends meet on $2.5 million a year? Does it sound like the breakers at Waimea between your ears? It should.

I haven't forgotten that derpy piece of doo Martin Schkreli and I hope you haven't either. When he bought the license for Daraprim in 2015, an antiparasitic medication that allows millions of people with compromised immune systems not to die from certain common infections, the parasite CEO jacked the price 5,556% (from $13.50 per tablet to $750.00).

What I don't remember from the media explosion surrounding the Daraprim price hike was that in 2014--just one year earlier--Schkreli's company acquired the rights to the drug Thiola, which is used to treat the rare disease cystinuria. Before we tell ourselves, so what? Rare disease = who cares, consider this:

Schkreli raised the price of a single pill from $1.50 to $30. Are you sitting? Patients must take 10 to 15 pills per day. Because cystinuria is rare and relatively unknown, nobody paid much attention to what Schkreli was up to, except of course people whose daily meds went from $22.50 a day, or $657 per month, to $450 per day, which is $13,500 a month or $162,000 per year. (Bear in mind this genetic disease produces "stones" in the bladder, urethra and kidneys, which any medical professional will tell you is ten times more painful than childbirth. Thiola prevents the stones from forming.)

Schkreli should have been dragged into the spotlight then and publically flogged and smeared with poop like he was over the $750 Daraprim pill, but we let him and thousands of similar reprobate CEOs slither into the one-tenth of one-tenth of one percent in the conscience-free zone known as corporate profits.

When we talk about numbers so high they cause altitude sickness, it occurs to me that the scum perpetrating these price 'improvements' on behalf of the shareholders are still people...ish. I suppose it is possible that Schkreli was born without a mother--a slimy embryo festering beneath a rock, which then crawled out under the cover of night and hatched in a boardroom full of vultures who crowned him King A-hole.

Unconscionable greed has become all too common. Like quietly gaining an ounce here and there until you wake up one day and can't get your ass into your jeans, as long as corporate gluttony doesn't personally cost us a new pair of True Religions, we let it slide. But we all know someone with an allergy so devastating they need to carry an EpiPen, and now we're all lit up over a lil 461% price hike.

I have a theory. Shocker alert, I know.

Normal humans experience a harsh, unfavorable reaction to greed at an early age, which colors the way in which we behave toward our fellow man and the world in general. Or maybe we are just born with a conscience. Either way, the following story illustrates a life lesson I learned at the age of 8, about gluttony, greed and guilt.

When I was little we lived with my grandma. Grandma Rose came from Czechoslovakia, where they apparently lived on wild mushrooms and butter cookies. Grandma's sister Josie sent wild mushrooms from the old country disguised as gaily-wrapped gifts to circumvent the scrutiny of U.S. Customs, which drove my dad insane.

"You have to tell her to stop sending that crap! Who knows what's in those mushrooms?! She could be sending a bug that wipes out the nation's entire food source!" My pops is prone to wild hyperbole, but I didn't know it at the time. I just used it as an excuse not to eat the sautéed shrooms that Grams cooked up right after the "birthday presents" arrived in the mail.

Gram's butter cookies were another story. I would have crawled over my dead grandma to get at those tender morsels. I suspect now she incorporated some form of Czech crack cocaine into her recipe. They were irresistible to me, so much so, in fact, that they had to be hidden. But I was no ordinary child. I was a super sleuth when it came to those addictive delicacies.

One day, walking home from school, when I was maybe five or six blocks away, I smelled butter cookies. I'm sure I was quite the vision, bloobing down the street (I wasn't, uh, slender) with drool spattering off my face like a Basset hound.

When I got home my mom and grandma were in the back yard hanging laundry, and the house was mine to turn upside down.

Grandma lived upstairs in a converted attic apartment, and that is where the baking and subsequent hiding had usually been done. I excavated the usual spots--under the bed, beneath the linens in the linen closet and behind the sofa--nada.

Taking a great breath, I stood before the door to the furnace room. As the apartment was a converted attic, rooms in the four corners had sloping ceilings where the roof met the floor. The furnace room was one such claustrophobic place. In addition, having come from the old country where apparently people had use at some point in their lives for balls of twine, scraps of soap, piles of newspapers and heaps of "recksis," which is what Grams called rags, the furnace room was a tidy but formidable collection of all things horrifying.

The creepiest thing was the furnace itself. It looked like the kind of contraption you'd be asked to crawl inside by a witch, and then cooked. It was a sick green, all big clanky metal parts, and it seemed to breathe and have eyes. But there were butter cookies in there. I could feel it.

I gripped the doorknob and went in. I pulled the string for the light bulb, tried not to look into the jaws of the green demon in the middle of the room, and I engaged my highly developed sense of smell. I couldn't tell--the rags, soap, newspapers and furnace oil confused my olfactory function. This mission was going to be strictly visual ops.

There was nothing under the newspapers or rags. I took a deep breath and looked under the furnace--nothing. I will say it was spotless in there; not a dust bunny or speck of lint. Then I saw it--a cookie tin wedged waaaaaaaaaay in the corner, where the roof met the floor.

I dropped to my belly and crawled forth like a soldier making her way under barbed wire. Trouble was, I wasn't svelte like most soldiers, and my belly prevented me, by about five inches, from reaching the damn thing. Grams was skinny like an Eastern European beanpole, so stashing something back there wouldn't have been a challenge for her.

I used my toes to propel me forward, burrowing and scratching like a truffle-hunting swine until inch by excruciating inch I finally was able to snatch the shiny metal box. In a reverse thrust sort of maneuver I used my tippy toes to de-wedgify myself enough to sit upright and rip the blessed lid off. I was drooling and could almost taste the first cookie when an insect the size of pterodactyl flew out. The box was filled with Czechoslovakian forest mushrooms.

The things was so frickin' huge it created a draft as it swooped past me.

"RAAAAWWWWHHH!" it screeched as I grabbed a broom with which I had hoped to kill it, but it flew out the door to the airing porch, and was gone. I couldn't breathe. I couldn't swallow. There would be no crops. We would have no food. I had just unleashed Armageddon on West Allis, Wisconsin and possibly all of North America.

That night at dinner I was unable to eat. Having never missed a meal in my entire life, my folks noticed the untouched food on my plate. I'd also never been speechless and was usually a chatty Cathy. Not this night. I stared dumbly at my smoked pork butt with burnt lima beans, a staple in our house, and I envisioned a world without lima beans. One would think that might have brightened my outlook, but when you ain't got lima beans, you ain't got any beans. Armageddon.

Did you find the butter cookies?" my mom asked, her voice oozing suspicion. I looked at her with great cow eyes and shook my head. "Then why aren't you eating your dinner?"

My great cow eyes filled with tears. I couldn't keep the horrible secret another second. "Daddy! We're all going to starve! I opened a box in the furnace room and it was full of mushrooms and a huge bug flew out and got away. Call the police. I am ready to die for my crime!"

My parents were silent. Then my dad burst out laughing. It had been a sham, his predictions about pestilence and the demise of our crops. My dad is a law-abiding citizen and it drove him crazy that no one was doing the "right" thing by declaring those packages of mushrooms to U.S. Customs. There was no Armageddon. The police weren't going to haul us to jail. My pops had made it all up. It was bullshit.

I learned two things that night. #1, Gluttony and greed are bad and should be avoided at all times. And #2, All warnings to the contrary, drugs, sex and rock 'n' roll were going to be very, very good.