Thousands of Orthodox Christians attended Holy Week services in Greek Orthodox churches in Central and South America this year -- but most were not of Greek descent.

Metropolitan Athenagoras, a Chicago native, had no intention of seeking to spread the Orthodox faith to local communities. Still, they came, and the church began to grow.

Of its 550,000 members, only 5,000 are Greek, according to Maxwell Dotson, executive director of One World One Community, a non-profit co-founded by Metropolitan Athenagoras. The vast majority are natives of that region who are seeking a spiritual identity within the transplanted Greek church.

The Greek Orthodox Church in the archdiocese now has only three clergy members of Greek descent, of the 52 who are serving.

Metropolitan Athenagoras said the local communities were attracted to Orthodox Christianity -- its liturgy and way of worship.

"The message of the Orthodox Church is the message born out of the day of Pentecost," Metropolitan Athenagoras told HuffPost in a statement. "It was relevant then, it was relevant in the first millennium, under adverse conditions it remained relevant in the second millennium, and now as we enter the third millennium it's message of the Orthodox Church is just as relevant and it will remain so until the second and glorious coming of our lord and savior Jesus Christ."

Here are some photos of Holy Week celebrations at Greek Orthodox churches in the archdiocese.

CORRECTION: A previous version of this article misstated that Athenagoras leads the archdiocese of South America. He leads the metropolitan archdiocese of Central America, Colombia, Venezuela, and the Caribbean. 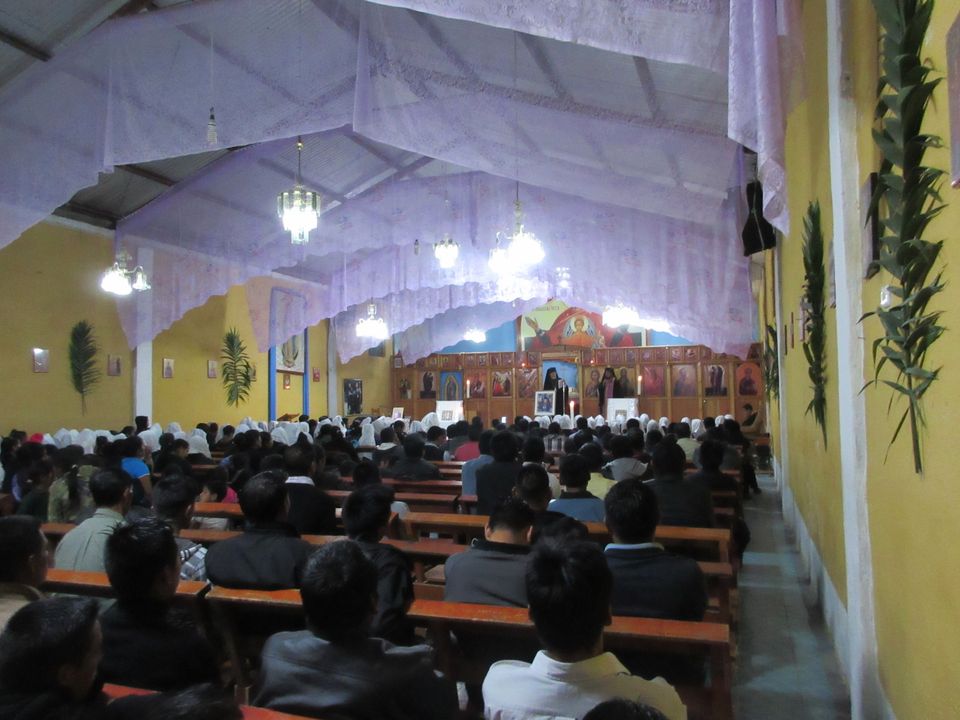