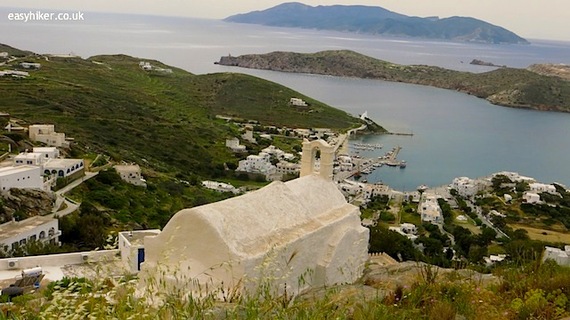 This estimate is questioned by Angela Pakos from the local Tourism Association -- she thinks that the actual figure is higher still. "One for every day of the year, and one extra for every Sunday and public holiday," she laughs. 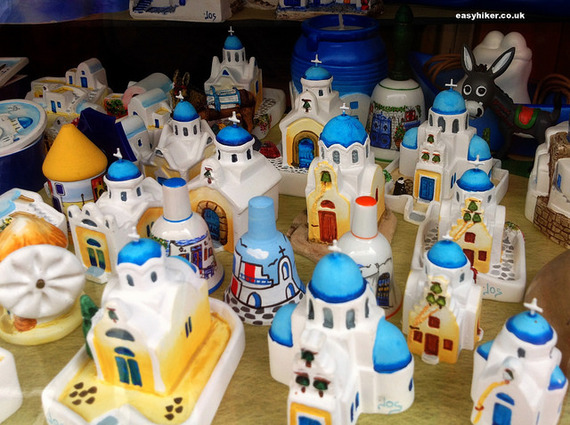 To put this into perspective, you must bear in mind that there are only 2000 permanent residents on the island. No population can be that pious, of course, and sure enough, even on Ios where traditions still play an important role in the every day lives of the community, many churches are no longer "active" and permanently locked up.

The keys of these churches have been handed over to local families who take it upon them to take care of the buildings -- to clean them, to prevent them from falling into disrepair, to prune the hedges and to water the flowers beds during the long and dry summer months.

This is no small job, not least because very few of these churches are located next door to where these caretaker families live. Virtually all the people on Ios live in Chora, "the town," while most of the churches and chapels are fairly remote and require a long drive into the countryside. 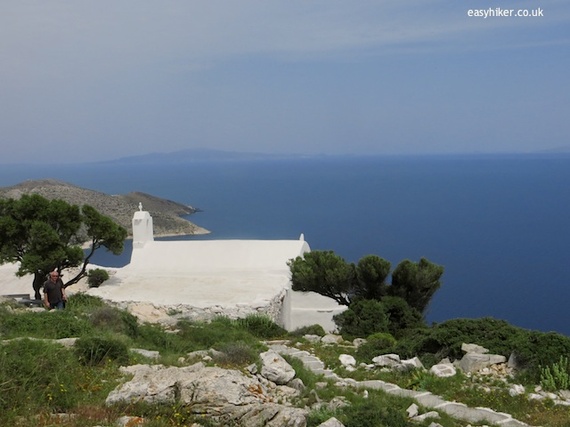 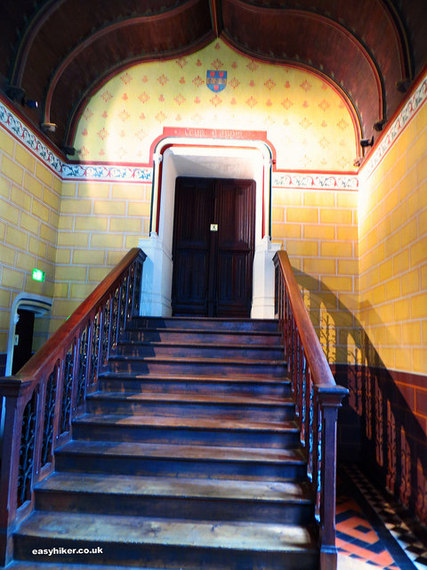 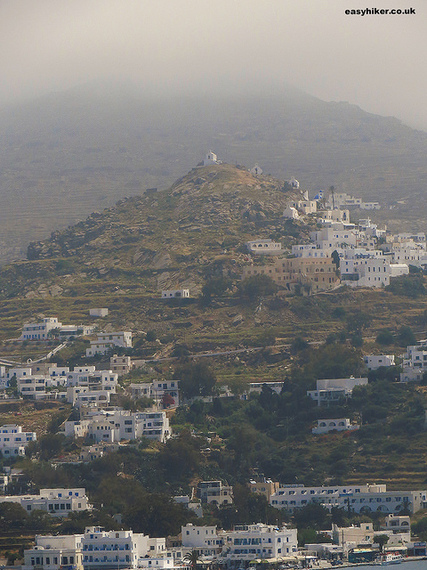 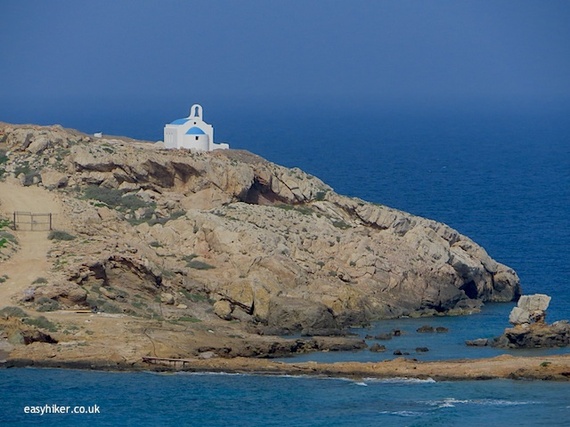 The sacred buildings on Ios are all rather similar: they combine simple geometric shapes (usually a rectangular solid and a dome on top) with whitewashed walls and austere interiors that rarely feature much more than a few wooden chairs, basic paraphernalia such as a desk to hold the scriptures, icons with the same recurring motifs (a way of the cross, the last supper) and a few candles.

But there are also differences: some of the icons on display are always depicting the particular saint to whom the church has been dedicated, with Mary -- the panagia -- the most popular, followed closely by St John the Baptist. 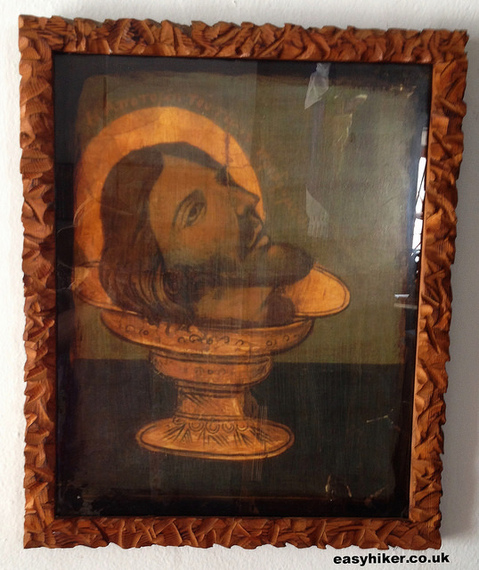 But 365 (or more) is a large number, and many chapels are also dedicated to relatively obscure saints such as Saint Prokopios and Saint Eleftherios, presumably because it was assumed that they were less busy and may consequently have more time on their hands to protect farms and cattle, "warding off the evil eye". 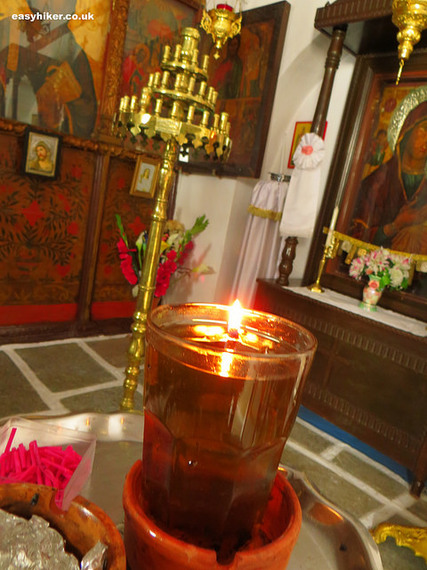 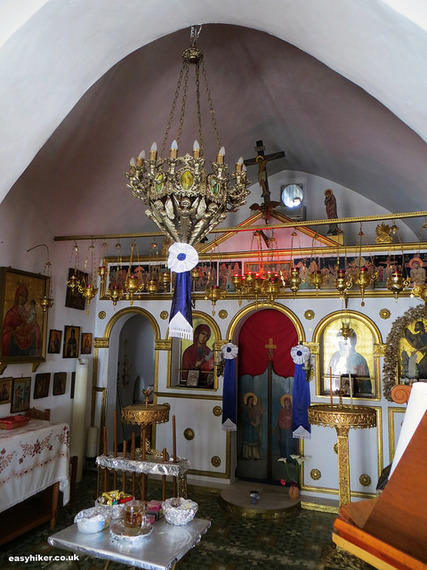 Many of the now dormant churches were once attached to monasteries. Elderly residents of Ios can still remember a time when these monasteries were thriving communities, and quite a few of these residents have themselves enjoyed the hospitality of the resident monks, regularly spending a few nights every year in the mountains as was the custom as little as twenty or thirty years ago. Eventually, however, all of these monasteries were abandoned and are today only visited by their caretakers, and, in the summer months, the occasional group of foreign tourists. 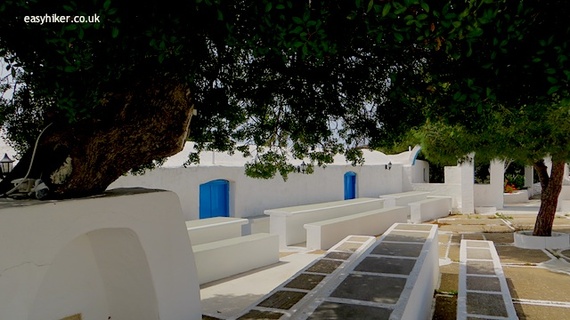 But once a year on the evening of their Patron's Day, these monasteries spring to life. Food is served for free, to all comers: villagers as well as visitors from mainland Greece and tourists from all over the world (they only pay for their drinks), and the entire island congregates for an almighty knees-up. This is what the stone benches outside the churches are for: they can provide seating for up to 500 people, 10 times more than would fit inside the church for a proper Greek-Orthodox service.

Old women come here hours before the celebrations start in order to reserve the best seats, those near the dance floor, for their families -- specifically if their company includes young people of marriageable age. 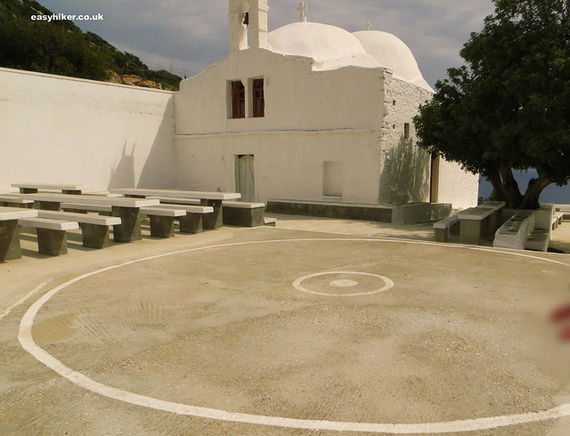 ... because these celebrations still play an important part in the life of the village.

But sitting near the dance floor is also important for those old ladies without marriageable offspring, because the closer you sit to the dance floor, the better you can follow what is going on, and when young Manolis always appears to search for Chryssoula's hand during one of the popular everybody-join-in-and-form-a-circle folk dances, this will not be lost on the grandmotherly spectators and provide them with ample material for their conversations -- at least until the next patron's day celebrations. 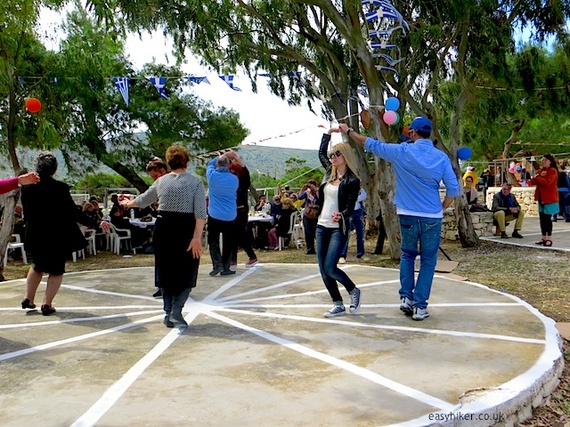 These celebrations must be experienced to be believed. Luckily, the best opportunities fall into the spring and high summer season: Easter Sunday (all churches, but be aware that it often falls on a different date for the Orthodox Church), St John's Day (24 June) and Assumption (15 August).