The Associated Press reports that globally, the aviation industry accounts for a "rapidly rising" three percent of greenhouse gas emissions. Although some airlines are working to curtail their numbers, Reuters reports that the U.S. recently demanded that their airlines be exempt from greenhouse gas penalties per a European Union law extending carbon permits to aviation.

According to the carbon-calculating company, they analyzed over nine billion passenger departures and more than 12 trillion passenger-miles flown over the course of 10 years. With an advanced energy and carbon model, they were able to rank the airlines.

Patti Prairie, CEO of Brighter Planet, says that there was a tenfold variation in energy efficiency per passenger miles across the industry. “The importance of our calculations is to show that businesses and individuals don’t necessarily have to cut out air travel or spend more time and money to be more environmentally sensitive, they just need better carbon intelligence.”

A passenger flying from New York to Los Angeles on Qantas could leave a carbon footprint almost three times greater than the carbon use of a passenger flying the same route on JetBlue. That is because the Qantas flight uses a much larger aircraft, which burns almost four times as much fuel. In addition, the flight is nearly half-empty, carrying only 44 more passengers than the JetBlue flight.

The slideshow below is based on Brighter Planet's list of the 20 largest airlines (by passenger volume) in the overall industry. According to their findings, the cleanest airline uses almost one-third the fuel to transport its average passenger one mile compared to the least eﬃcient airline. The list is ranked from #1 (most efficient) to #20 (least efficient). 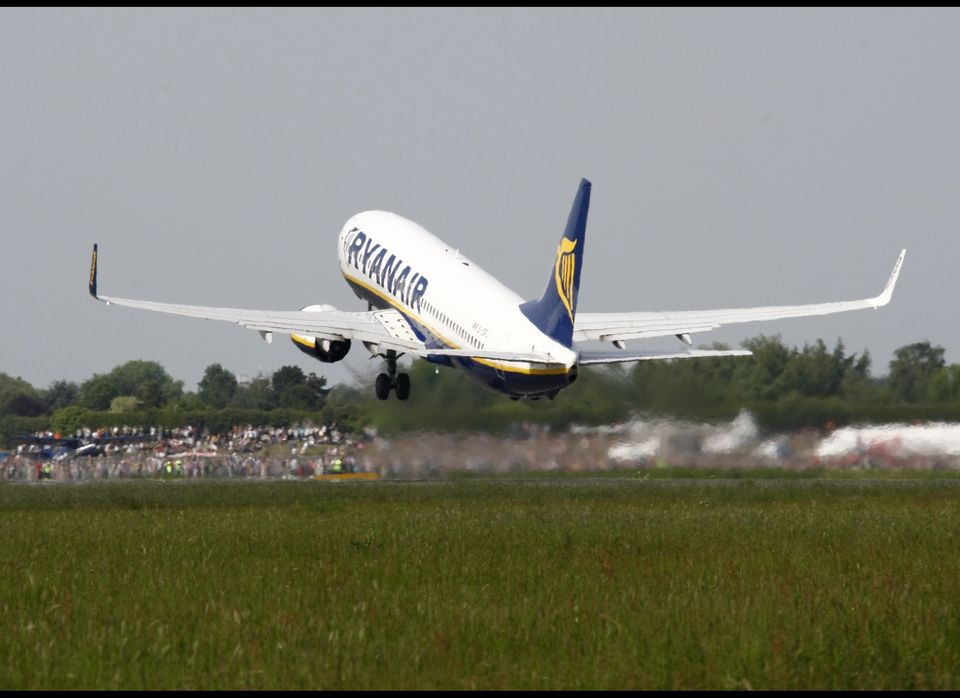