Last week it went unnoticed in the Mainstream Media, but it was very big green news. The U.S. Green Building Council announced that starting next year it will abandon certifying green buildings to the Leadership in Energy and Environmental Design (LEED) standards.

Instead, it appears that it will make its sister certification agency into an accreditation body to license certifiers. That's good news because it means the backlog of applications for certifications has some chance of getting cleared up.

USGBC gets great credit for making the LEED standards by far and away the most widely used U.S. green-building ratings. But success has generated a backlog of applications for certification, raising questions about a possible gap between hope and reality. After four years of the LEED program in New York City at the end of 2007, there were 15 LEED certifications, or one for every 20 of the 294 registrations in the pipeline. So developers are putting up billboards saying they are "pursuing" a particular level of LEED. 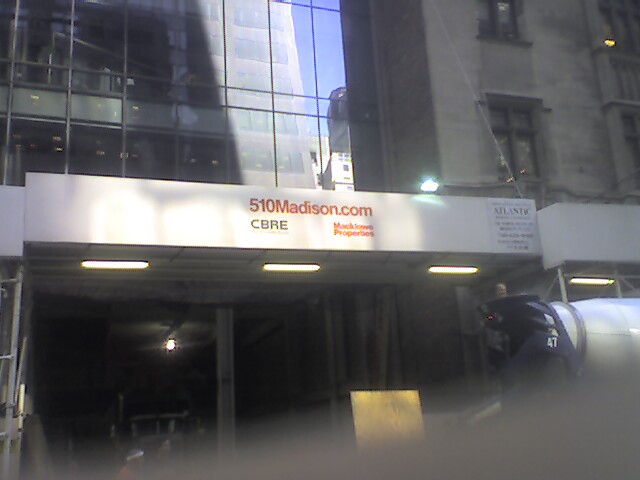 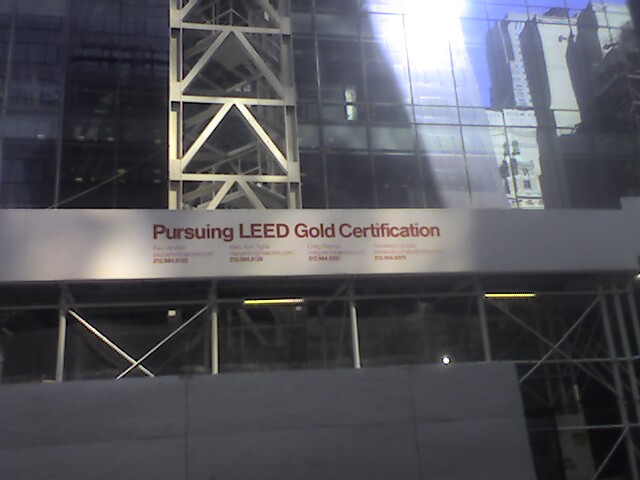 The ratio, by contrast, is one to five (100,000 certifications, 500,000 registrations) for the UK's equivalent green-building program, BREEAM.

The USGBC's do-it-yourself approach also put it at odds with international standards for accreditation and certification because it was both setting the standards and doing the certifying, which is not cricket or kosher. So:

Cheer #1. The LEED standards are eagerly promoted by builders seeking to improve their brands. They are also workable, because they (1) use an easy-to-follow point system, (2) have an easy-to-achieve first level, (3) are flexible, (4) offer challenges for industry leaders, (5) give incentives to builders to use green products, (6) are scalable and expandable, (7) recognize independent third-party certifications, (8) and are broad-based and transparent.

Cheer #2. The cost for LEED is also reasonable - an estimated 2 percent cost premium for silver LEED certification, 4-6 percent for gold and more for platinum (very hard to achieve). But if the estimate is accurate that half the cost of LEED certification is USGBC's fee, this is very high compared with other certification programs, where the bulk of the cost is for meeting higher standards. One can hope that the certification cost will drop by the end of 2009 as more certifiers are accredited. But:

No Cheer #3, USGBC's use of the terms "accreditation" and "certification" is mixed up in USGBC announcements. This does not inspire confidence either in USGBC's understanding of the process or in its current compliance with the related international standards. So the third cheer is being withheld until USGBC brings its terminology and structure in line with global norms.

In December, I prepared an article for the Sallan Foundation, a New York City-based foundation focused on greening cities, on the LEED system. This was summarized for the Huffington Post. (This post is also based on a longer article commissioned by the Sallan Foundation and the full article appears here.) I congratulated LEED on the growth of its certifications nationally, as of the end of 2007, to 1,129. I noted how much consumers and builders are scrambling to meet LEED standards and LEED's impressive revenue (about $11 million) for USGBC ($40 million revenue in 2007). Also, I praised the USGBC committees that set the LEED standards because they do the job and are continuing to refine the ratings. Although not as stringent as the Architecture 2030 standards, which seek a 50 percent energy saving, the LEED standards can achieve half of that savings or more and, most important, they are easy to understand and presently dominate the marketplace.

The big USGBC news last week means that as of January 2009 it will concentrate on standard-setting, and its sister organization, the Green Building Certification Institute (GBCI), will no longer certify buildings. Instead, GBCI will become de facto an accreditation institution. To conform to international standards, GBCI should become the Green Building Accreditation Institute (GBAI) and it should be moved up to a status coequal with USGBC - comparable with the Forest Stewardship Council and its sister Accreditation Services International, which started up in 2006.

USGBC's move to open up its certification process to outside certification bodies, and to focus on accreditation, is a very good sign that the green buildings program is going both to catch up on its backlog and to be credible, so that the public will know whether or not the claimed standards are actually met. USGBC helps builders brand their buildings. Such organizations can have four different kinds of functions:
(1) Set standards.
(2) Certify against these standards.
(3) Accredit certification bodies.
(4) Provide consulting or training.

The USGBC plan seems to make it #1. GBCI's name implies #2, but it is morphing into #3, ceding #2 to qualified independent bodies. An accreditation agency, #3, should not be mixed with any of the other functions. Although USGBC and GBCI are legally distinct and have separate boards of directors, they share for the time being two senior managers. Ideally, all staff should be separate and all relationships between USGBC and GBCI should be arms-length and contractual. USGBC is moving in the direction it needs to go. Another cheer when it conforms to global norms.