It's not easy being green, especially if you're a cat.

This Bulgarian feline accrued some Internet fame after photos of his peculiar coat made the rounds late last year. The cat reportedly acquired its blue-green coloring from sleeping on some green paint left over from construction work.

But according to Rex media, some animal rights activists weren't too keen on the green kitty. They tracked him down and cleaned him up... although he still bears some patches of unusual color on his ears and elsewhere on his coat. 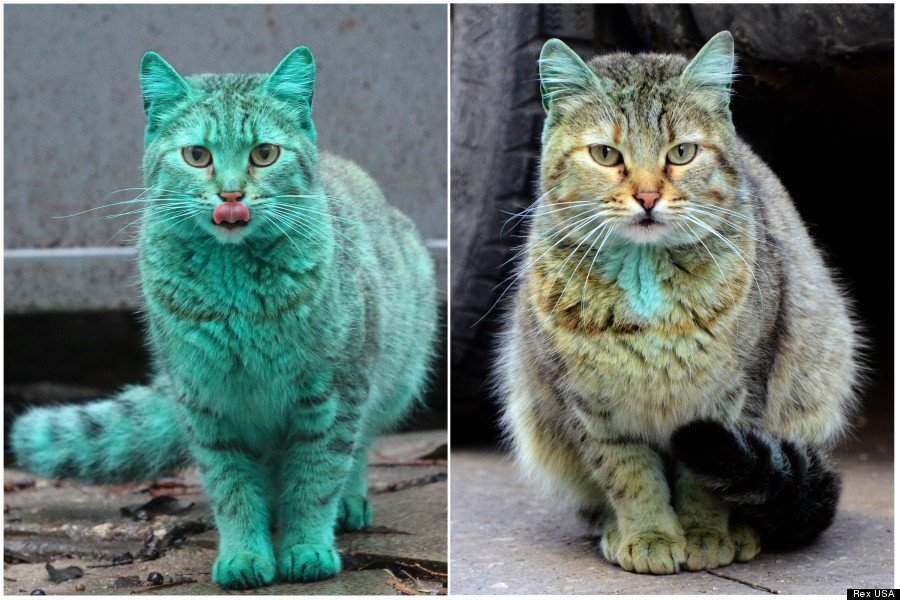