"It's like a forest," the high school student marveled as she strained her neck to see the oak and maple trees that rose high above her head. "Like"? That's a peculiar qualifier to use for a forest, especially after having just jumped across a muddy stream bank, admired a profusion of ferns, and listened to the calls of warblers. 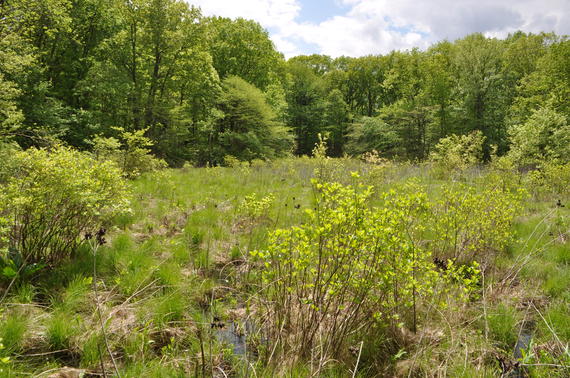 Is this not nature? Photograph by Marielle Anzelone

This student didn't think of her visit to High Rock Park as fully authentic, despite having engaged in activities people routinely do during a walk in the woods. Why did she consider her experience to be a lesser version of the real thing?

High Rock Park is home to nearly 90 acres of bona fide forest. The violets, wood ferns and pinkster azalea that live there are real, not mere simulacra. Her conditional remark was less a commentary on the trees that surrounded her than on what she had been prejudiced to see. She didn't believe her eyes because her feet stood on urban soil. 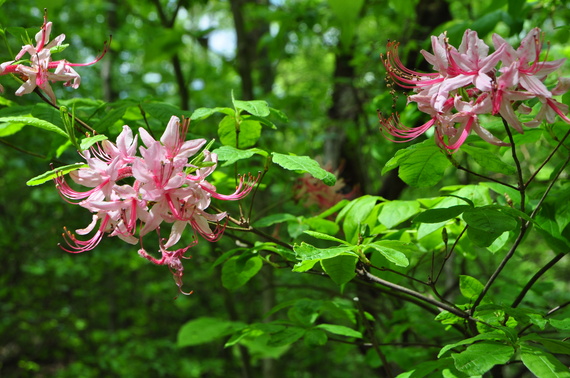 High Rock Park lies within the Greenbelt, a string of open spaces in Staten Island and is part of the New York City Parks' system. Because the park is located in a global metropolis, this student was fooled by a bit of popular fiction- that cities have no nature.

This is especially true of New York City. People think of the Big Apple as taxi cabs, the Empire State Building and Jay-Z - all hardscapes and humans. Nature is seldom part of the picture, and even then it is limited to the holy trinity of urban stereotypes: pigeons, weeds and rats.

Yet New York City is surprisingly green. Approximately 1/8 of the city is covered by forests, marshes and meadows. In fact, New York has a higher percentage of open space than any major city in United States; more than Los Angeles and Philadelphia combined. Even Manhattan boasts flying squirrels, Dutchman's breeches, and tulip trees over 100 years old. New York City supports more than 40 percent of New York State's rare and endangered plant species. It can also lay claim to a population of Torrey's mountain mint, a globally-rare wildflower. 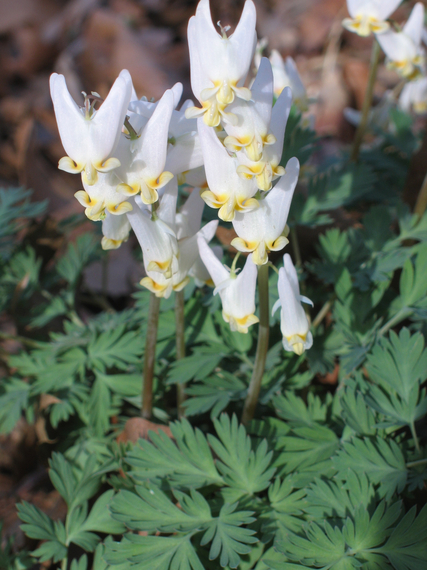 
In spite of all this greenery, the myth of the concrete jungle persists. Curiously, some environmental organizations help perpetuate it. Searching the web for "Natural Resources Defense Council" and "cities" returns hits for smart growth and greenhouse gas emissions, but none for nature. Since NRDC doesn't support programming for urban natural resources, does it mean that nature in cities doesn't exist? Or worse yet, that it doesn't matter?

Perhaps more troubling is The Nature Conservancy's approach to engaging urban youth. Their program Leaders in Environmental Action for the Future (LEAF) takes city teens not to local urban parks but to bucolic preserves entirely outside of the five boroughs. Participants implicitly learn that nature is something to experience only as a tourist far from home.

Pervasive in these organizations is a form of nature chauvinism. Their websites feature photographs of mountains, rivers and wildflowers that are pristine, remote and conspicuously unpopulated by humans (except for, occasionally, Robert Redford). The message is clear - real nature exists only where people are absent.

No wonder that high school student was so confused. Surrounded by over 8 million people, the forests, meadows and marshes of New York City certainly don't fit into this paradigm. 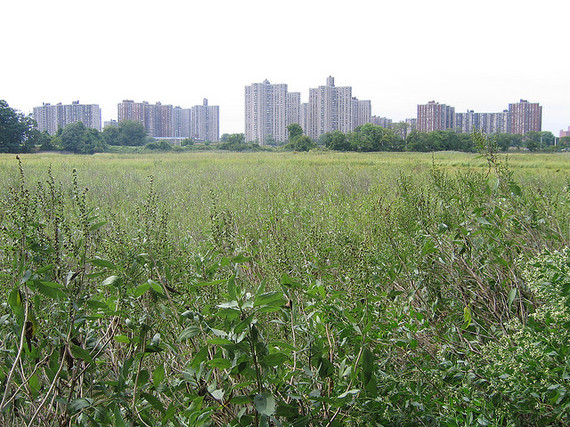 Coop City stands on the edge of Pelham Bay Park in the Bronx. Photograph by Marielle Anzelone

Why does urban biodiversity matter at all? Because according to the United Nations, for the first time in human history more people are now living in cities than rural areas. The planet is urban. Increasingly, when people experience nature, that nature will be urban too. Cities are the new frontier of nature, making the Big Apple a proxy for the whole planet.

The native biodiversity that is treasured in other locations is even more precious here because it lives among us. And we have less of it.

Sadly, this paucity does not translate into local land use protections. One constant threat, even on parkland, is capital "improvements," like an asphalt bicycle path that plows through a sensitive natural area in the Bronx or a baseball field that smothers a swamp forest in Staten Island. Such projects eat up urban open space and erode the biodiversity these parks purport to preserve. 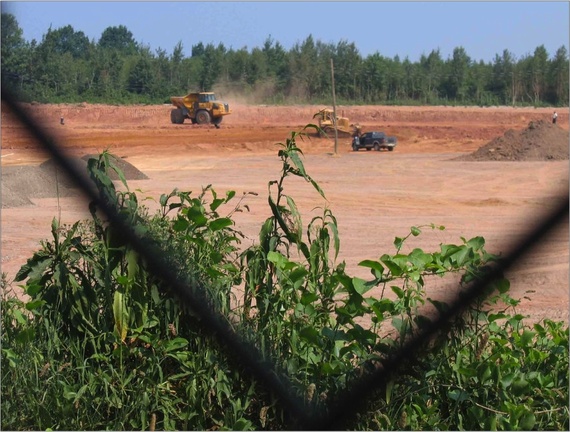 For New York City to value its collective natural heritage, we need these large, powerful, well-funded organizations to stand up not only for the remote and pristine but also for the urban wild and green. These environmental groups raise substantial money here in the city, let's encourage them to spend a portion of it locally. Maybe the potential sale of 20 acres of unique, city-owned woodlands in Staten Island will spur them to action. More likely, they need to hear from you.

We need to radically redefine urban nature. We can continue our short-sighted view of New York City as Kurt Vonnegut's "Skyscraper National Park" or open our eyes to the wider constellation of life in the city. Maybe then we will genuinely see and value and save the native flora and fauna that share our urban home.