A searing new report says the environmental movement is not winning and lays the blame squarely on the failed policies of environmental funders. The movement hasn't won any "significant policy changes at the federal level in the United States since the 1980s" because funders have favored top-down elite strategies and have neglected to support a robust grassroots infrastructure. Environmental funders spent a whopping $10 billion between 2000 and 2009 but achieved relatively little because they failed to underwrite grassroots groups that are essential for any large-scale change, the report says.

Released in late February by the National Committee for Responsive Philanthropy, Cultivating the Grassroots was written by Sarah Hansen, who served as executive director of the Environmental Grantmakers Association from 1998 to 2005. 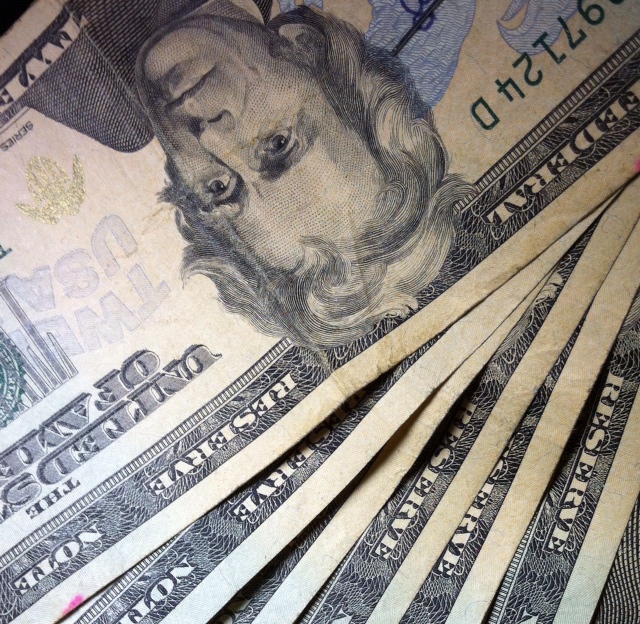 Instead of funding community-based groups to generate ideas, strategies and political support for transformative change, environmental donors have thrown their weight behind narrow lobbying campaigns in Washington, D.C. -- for example, the failed inside-the-beltway campaign in 2009-2010 to pass "cap and trade" legislation to curb global warming. For their part, mainstream environmental groups rely heavily on science, expecting that decision-makers confronted with powerful evidence will do the right thing. But this has not worked because "a vocal, organized, sustained grassroots base is vital to achieving sustained change," the report asserts.

How does change happen?

"In movements throughout history, the core of leadership came from a nucleus of directly impacted or oppressed communities while also engaging a much broader range of justice-seeking supporters." In other words, successful movements for social change -- anti-slavery, women's suffrage, labor rights, and civil rights -- have always been inspired, energized, and led by those most directly affected. Yet these are the very groups within the environmental movement that are starved for funds.

Analysis of environmental grant-making between 2007-2009 reveals that only 15 percent of environmental grant dollars are classified as benefiting marginalized communities, and only 11 percent are classified as advancing "social justice" strategies, such as community organizing. The report makes a distinction between internet activism or getting your neighbor to sign a petition and real community organizing. "Community organizing builds power by helping people understand the source of their social or political problems, connect with others facing the same challenges and, together, take action to win concrete change."

The report also distinguishes between "national organizations that might parachute into local communities for one-time policy campaigns versus authentic, local organizations that not only work on those same short-term campaigns but, just as importantly, build long-term leadership and capacity in the community to amplify change in the future."

"Unlike many of the professional advocates in Washington, D.C., people of color, immigrants, poor people and young people often are living face to face with the devastating impacts of environmental degradation. These growing communities have the self-interest to do something and, increasingly, the collective power to potentially make real change but may lack the support or resources to organize.

In a stunning revelation, the report offers evidence that, compared to the average of all philanthropic donors, environmental funders are less likely to support disadvantaged people: "There is a seemingly contradictory correlation: analysis shows the greater a funder's commitment to the environment, the less likely it is to prioritize marginalized communities or advance social justice in its environmental grantmaking."

1. Fund work that benefits communities of the future.

Environmental funders should earmark somewhere between 20 and 50 percent of their total giving to underserved communities. Nearly half of all children in the United States today are black, Latino or Asian American and by 2042, a majority of Americans will be people of color. This is a powerful new constituency ready to take action on environmental issues, the report says.

Speaking directly to environmental funders, the report says, "We recommend that you allocate at least 25 percent of your grant dollars for social justice purposes, specifically with a focus on grassroots advocacy, organizing and civic engagement led by the communities most affected by environmental ills and climate change."

"The way to build a broad movement around environment and climate solutions is to mobilize diverse communities of people around issues that are much closer to their self-interest (such as stopping toxic pollution, creating viable new jobs and reducing energy bills) and then work intentionally to connect those individuals and campaigns to a larger understanding of communal and global interests."

As the highly-successful right wing in the U.S. can tell you, social movements grow large and powerful only when they are served by a deep infrastructure of organizations offering technical assistance and know-how. Local groups need to be able to find each other, share strategies, develop leadership, communicate their message, identify allies, and gain a wide range of skills. Such an infrastructure requires sustained funding and without it no movement can succeed.

Supporting grassroots organizing may require a paradigm shift in a donor's grantmaking strategy. This can mean shedding expectations of microscopic, quick deliverables and embracing the slow, patient process of movement building.

"In his important monograph Just Another Emperor: The Myths and Realities of Philanthrocapitalism, former Ford Foundation director Michael Edwards cautions that one of the downsides of increasingly infusing the nonprofit world with business ideals is that social change organizations are expected to churn out good, quarterly metrics. Extreme advocates of these ideas expect social change organizations to report mounds of data and compete with one another for funding based on 'numbers' and 'deliverables.' But on February 1, 1960, sitting at a 'Whites Only' lunch counter at a Woolworth's in Greensboro, N.C., there were only four African American students from a local college. Although those may not appear to be impressive metrics, consider the scale and scope of the movement they helped launch."