"And I shall shed my light over dark evil, for the dark things cannot stand the light; The light of... The Green Lantern!"

So said the legendary DC Comics superhero, Green Lantern, whose likeness will live on in the hearts of Renato Garcia's family. The 50-year-old Puerto Rican man died Monday after having respiratory issues, and his family decided to dress him in the costume he'd taken a liking to in the weeks leading up to his death: 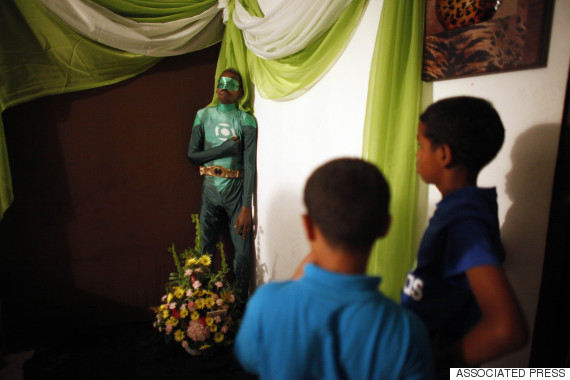 Two boys attend the wake of Renato Garcia, dressed as fictional superhero the Green Lantern and propped up against a wall in his sister's apartment in San Juan.

Garcia's sister explained that she and her brother never discussed funeral wishes, but neighbors and friends suggested dressing him as the comic book superhero. Weeks earlier Garcia had found the costume in a bag of donated clothing and started wearing the guise daily.

His family saw him as a superhero.

"He was always very helpful," Garcia's sister and caretaker, Milagros Garcia, told Primera Hora. "You beckoned and he was always there." 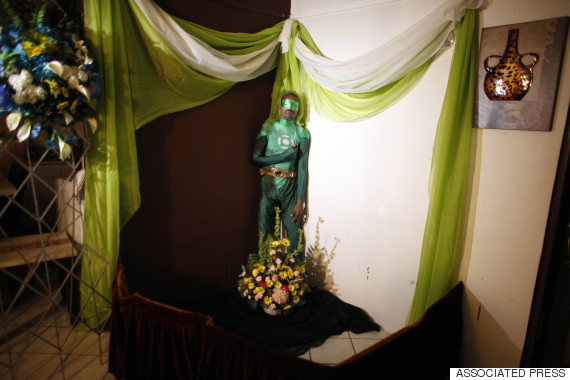 Garcia's body was propped up in a standing position for the wake. Posing bodies at wakes and funerals is a familiar tradition in Puerto Rico, according to the New York Daily News. Professional boxer Christopher Rivera was stood up in the corner of a boxing ring, dressed in his boxing gear, after he was killed in 2014, the paper reports.