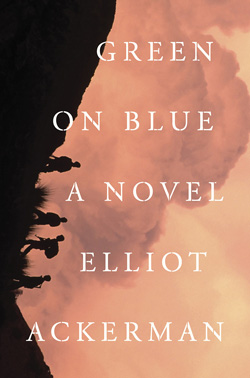 Green on Blue, a stunning debut novel by decorated veteran Elliot Ackerman, conveys not only the contradictions and duplicity of the war in Afghanistan, but of war itself. In this tragic yet beautifully rendered vision, friend and foe, right and wrong, good and evil, blur into a vicious cycle of survival, vengeance, and profiteering -- all exacerbated by a cynical American military policy.

Aziz, the young Afghan narrator, describes a cultural theme that perpetuates conflict in Afghanistan, the Pashtun custom of restoring honor ("nang") through vengeance ("badal"). He feels compelled to join an American-backed military unit, not only to secure indispensable medical care for his ailing brother, but to avenge the marketplace bombing that has robbed his only immediate kin of both his leg and manhood.

But Aziz himself later observes how the same code of vengeance that gnaws at him has already unleashed a seemingly endless exchange of deadly retribution in the local conflict between Taliban militia and American-backed forces.

And as the narrator gradually earns the reader's trust, it becomes implicit that the thirst for vengeance has not only overtly destabilized Afghanistan, but subliminally, has perpetuated many "civilized" conflicts around the world over the course of history.

Indeed, Ackerman's spare narrative style implies that his characters speak and think in the omniscient diction of an ancient culture that effuses a timeless wisdom despite its brutal code of ethics. Even the novel's most unseemly Afghan character, Commander Sabir, a profiteer willing to allow both his own men and innocent civilians to die for his financial ambitions, expresses himself in a seasoned brevity full of insight. "War," he claims, "only ends for those who allow others to fight for them, but there is always fighting." 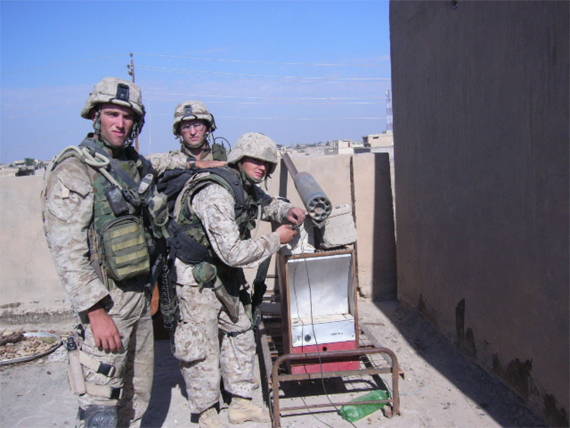 Despite its military setting, Green on Blue defies expectations of a story penned by a former Marine, Special Operations Officer, and CIA Paramilitary Case Officer, one who served five tours of duty in Iraq and Afghanistan. The ominous power of the author's topographical descriptions alone, not action scenes, draws readers into a mysteriously intensifying drama. In the mountains of Afghanistan, just negotiating the unforgiving terrain, for example, seems to require submission to a man-eating beast:

"We... traversed the uneven ground to a wet ravine that rolled out like a sloppy tongue. I watched Commander Sabir's HiLux [truck] ease into the ravine's mouth. It took the first bend and was swallowed by the mountain."

Omitting mention of the 9/11 attacks, and the Afghan Taliban's protection of its mastermind, frees Ackerman to focus on the immediacies of the struggle to control a single village, illuminating the kaleidoscope of pressures faced by Afghan civilians and combatants alike.

Though a village elder's attempt at neutrality initially seems cold and unprincipled, by the novel's conclusion, such a stance seems a logical, if desperate, recourse in a bid for survival. "You and Gazan (a Taliban militia leader) have your own war for your own reasons," explains the elder to the leader of a U.S.-funded militia. "Our village respects the privacy of that feud. We ask you to protect the privacy of our homes." 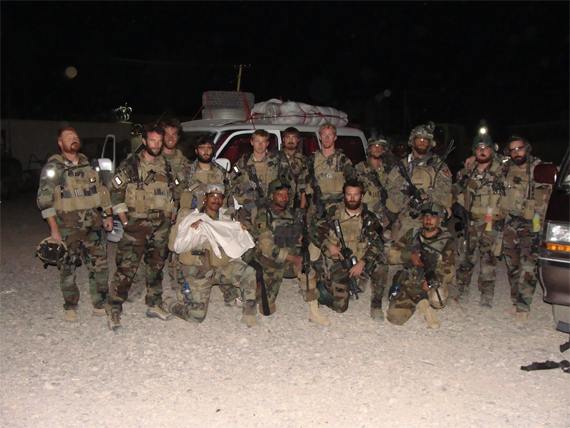 As a web of collusion emerges between the American-backed militia and the local Taliban that sporadically wreaks havoc on the village, the elder's attempt at isolationism seems not a cop-out, but the better of three evils. Unfortunately, the novel's isolationists and peacemakers alike endure the same devastating consequences. War, it seems, provides no escape, even for innocent civilians.

The military phrase "green on blue" commonly denotes an attack by an Afghan soldier on an American or NATO military advisor. Ackerman depicts the chain of events leading to such an act as logical, if not inevitable. When the narrator realizes that even the Americans are willing to fund Taliban forces to gather intelligence, his tenuous moral compass explodes into the certainty of survival, vengeance, and self-interest, forming a nihilistic paradigm that seals his dramatic metamorphosis.

Although a critic of misguided military policies, Ackerman himself, who holds a Master's in International Relations from Tufts' Fletcher School of Law and Diplomacy, is no pacifist. In a recent interview with this reviewer, he characterized the rise of the Islamic State as, "the best thing that ever happened to Afghanistan." The rogue caliphate, he explained, represents a cautionary tale about the risks of a too rapid and precipitous U.S. withdrawal from Afghanistan, before the country has stabilized enough to ensure its long-term governance and defense.

Yet Ackerman also expressed optimism for Afghanistan, noting that under recently elected President Ashraf Ghani, who governs in a power sharing agreement with his rival, "there's a sense that the center will hold."

The most moving characterization in Green on Blue seems to personify the unique and complex character of Afghanistan itself. Fareeda, a young girl, is dependent upon medication provided by the Americans to prevent a fatal blood clot, which threatens to travel from her paralyzed arm to her heart. "The sweet scent of her hung around us," recounts the narrator, "and despite her deformity, she was lovely. Her beauty rested in the savage contradictions of her body."

With the publication of Green on Blue, Elliot Ackerman has distinguished himself as one of the most promising novelists on the global literary scene.

Tim D. Stone is writing a novel set in reunifying Berlin during the First Gulf War. He can be reached at timothydavidstone@gmail.com or via Twitter at https://twitter.com/timstonewrites.