Children today spend less time outdoors than ever before -- and it may be detrimental not only to their physical health, but also to their cognitive development.

A yearlong study, recently published in the Proceedings of the National Academy of Sciences, found that elementary school children who were exposed to more green spaces within or directly outside their school showed improved learning and memory.

The findings reinforce that of a recent six-year study on 905 Massachusetts public elementary schools, which found that students in schools that had more "greenness" in their surroundings reported higher scores on standardized testing in English and math.

"There is an expanding body of scientific evidence linking the human experience in the natural world to better physical and mental health and enhanced cognitive abilities," journalist Richard Louv, co-founder of the Children & Nature Network author of Last Child in the Woods: Saving Our Children From Nature-Deficit Disorder, said in an email to The Huffington Post. "An increasing number of homeschoolers, nature preschools, independent primary and secondary schools, and forward-thinking public schools are incorporating nature experience into learning."

The new study was conducted on more than 2,500 children in second, third and fourth grade at 36 primary schools in Barcelona, Spain. At the outset of the study and again 12 months later, the children were given computerized tests measuring cognitive functions, including working memory (a measurement of short-term memory) and attentiveness. The researchers also measured the green spaces within and surrounding each school.

They found that the students who attended schools with more green spaces showed a 5 percent improvement in working memory, a type of short-term memory that's critical for reasoning, learning and comprehension. Their inattentiveness also decreased slightly.

Why? It's possible that being in green spaces increases physical activity, which is known to improve children's cognitive performance. And as Louv notes, playing outside itself allows children to exercise important cognitive functions.

"The evidence strongly suggests that the natural world increases physical competency linked to mental acuity, increases ability to see patterns where others see chaos, offers new disciplines to collect and perceive knowledge and apply it, and expands the palate of possibilities," said Louv, who wasn't involved in the study.

Protection from pollution is another factor. The researchers estimated that reductions in exposure to traffic-related air pollution might account for anywhere from 20 to 65 percent of the improvements in cognitive development.

Spending time outside could have a number of benefits for children beyond improved memory and attention. Another recent study found that adventurous outdoor play -- such as climbing, rough and tumble play, and exploring alone -- improves children's physical health while also helping them develop creativity, social skills and resilience.

When children don't get enough outside time, they're at risk for developing the unscientific but all-too-real affliction that Louv calls "nature deficit disorder," referring to the costs of being alienated from nature, especially in one's developing years.

Fortunately, some schools are starting to take notice, creating more spaces for children to enjoy being in nature, including community gardens, outdoor playgrounds and small parks.

"There’s increasing interest in increasing the amount of natural environments in education -- not only for teaching about nature, but to help increase students’ ability to learn about all topics," Louv said. "Nature experience isn't a panacea, but for many kids it surely helps." 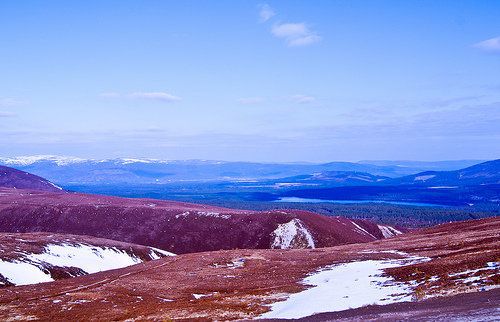