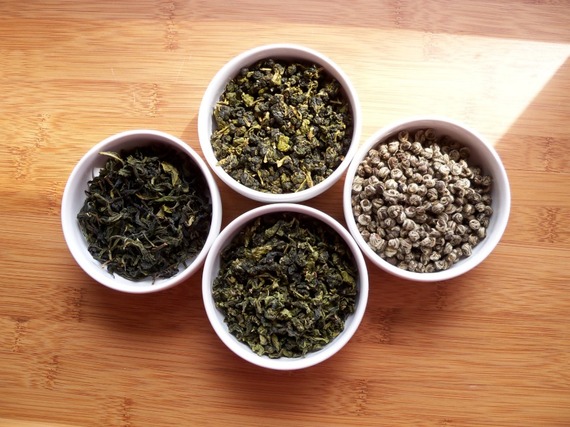 Tea has been cultivated for centuries and remains one of the most widely consumed beverages in the world. Sipping a cup of green tea can offer much more than refreshment: the positive health benefits are impressive and well-documented. The delicate leaves of green tea are packed with cell-protecting polyphenol phytochemicals called catechins that have significant medicinal and antioxidant properties. They have been shown to protect against heart disease, cancer, cell damage from oxidative stress as well as promote brain health.

Eipgallocatechin gallate, or EGCG, is a potent polyphenol catechin in green tea that has been the most extensively studied and shown to have the greatest anti-cancer effects. In addition to helping prevent cancer, studies have shown that EGCG also inhibits cancer cell growth by preventing one cancer cell from splitting into two cells and inhibiting the mechanism that spreads cancers cells. It also repairs the UVB-induced DNA damage in skin cancer.

EGCG and Your Heart

EGCG also has the highest number of anti-oxidant properties with beneficial effects on the prevention of cardiovascular disease. These protective benefits for heart disease come from the plant compound's ability to improve blood flow, lower cholesterol and blood pressure, and protect against the oxidation of LDL particles that can lead to atherosclerosis. A study of 40,530 people in Japan, where green tea is most widely consumed, found that drinking green tea lowered the risk of mortality from cardiovascular disease by 31 percent in women and 22 percent in men.

EGCG in green tea has been shown to protect brain cells and have neuroprotective agents that protect against neurodegenerative disorders such as Parkinson's and Alzheimer's. The studies show that EGCG can be protect against the formation of beta-amyloid plaques that are thought to contribute to Alzheimer's. Studies have also shown that it potentially helps to improve working memory.

The nutrition guidelines for the Dr. Dean Ornish Program for Reversing Heart Disease suggest avoiding caffeine; however, green tea is an exception due to the significant well-studied benefits on health and heart disease. The nutrition guidelines recommend limiting green tea to 2 cups a day since it still does contain caffeine, which is a stimulant. Green tea, however, does have a calming effect that counteracts the high and jitteriness caused by caffeine because of its concentration of an amino acid called L-theanine. L-theanine boosts alpha wave activity in the brain that produces a state of relaxed concentration. A meta-analysis of 13 randomized control studies found that this relaxation effect also decreases blood pressure.

A cup of green tea has anywhere from 20-45 milligrams of caffeine, which is lower than black tea or coffee, which averages 145 to 200 milligrams per cup. Decaffeinated green tea has less caffeine, but the process to remove the caffeine also strips it of the beneficial polyphenols. If you do choose green tea that has been decaffeinated, select a brand that uses an "effervescence" method, which is a natural process using water and carbon dioxide without chemicals that preserves most of the polyphenols present in regular green tea. To derive the most benefit, drink freshly brewed green tea and avoid powdered tea, sweetened or bottled, which contain fewer polyphenols.

The concentration of theanine, EGCG and other elements are most abundant in fresh, high quality loose leaf green tea. The concentration can vary depending on the brand. Steeping tea in hot water for three to five minutes will most effectively extract the powerful polyphenol activity of EGCG.

What effect have you noticed when you replace your daily coffee with green tea?

This article was originally published at Ornish Living.