What do you want to be when you grow up?

Youth today have many creative options when it comes to answering this big question. Many parents preach the typical, "Study hard and get a good job. Become a doctor, lawyer, or investor." Some kids are born with natural talents and others hone their skills, developing themselves into athletes and entrepreneurs. Among the plethora of options today, professional video gaming -- aka "e-sports" -- is becoming an acceptable answer. 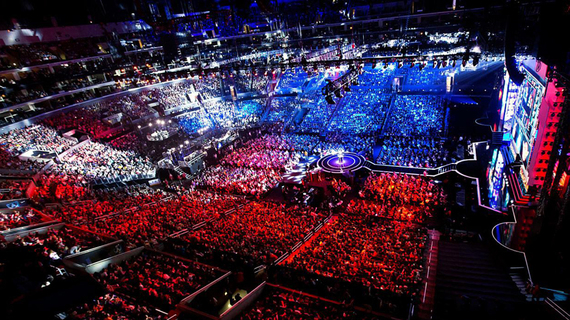 For example, one of the best League of Legends players in the world - Lee "Faker" Sang Hyeok -- has pulled in nearly $300,000 just from the 22 tournaments he's competed in over the past three years. On top of that Faker is a top streamer where fans will tune in to watch him play League of Legends live. Advertisements are run during his stream time which opens up additional revenue streams.

Videos of Faker stack up in the thousands across YouTube, but rather than creating content for YouTube, his fans essentially do the creating. With approximately 2,314 hours of video consumed per second on YouTube, the platform is a bit over-saturated even for established pro-gamers, making Twitch an ideal venue.

Aspiring pro-gamers follow a similar route to that of aspiring x-sports athletes, seeking sponsorships and eventually landing salaried positions on competitive teams. E-sports teams have substitute players, coaches, and even analysts who are all contracted. Players included, they often move around teams, being dropped or traded depending on their performance.

There are essentially two routes greenhorn gamers can take en-route to their e-sports dreams. You can practice hard and establish a high skill level in a competitive game, applying to teams and self-promoting your mastery of the game. Or, you can develop a personality, essentially becoming an entertainer with enough skills to keep viewers watching. These paths can intertwine. For example, a talented player might stream regularly and build up a following through pure skill alone. In turn, a competitive team takes notice and presents them an offer to play. On the other hand, a pro-player might demonstrate their skills in pro matches and start streaming regularly after establishing themselves in the professional e-sport scene.

Both roads are well-traversed, covered with traps and entanglements, weeding out those who are unable to completely dedicate themselves. Consistent streaming and skill improvement are vital to aspiring gamers.

Curious about the sacrifices one must endure to travel these roads, I reached out to an aspiring streamer/gamer.

Erica "Rasouu" Vidales, a 23-year-old League of Legends streamer from Chicago, has set off on the path to not only become an established streamer, but to break the stigma of female gamers. She is currently ranked as a Diamond player. For reference, out of the 27 million daily players, only about 2.5 percent are ranked in the Diamond tier. All pro-players are at least Diamond ranked, with the majority being in Master (about 0.02 percent of players) and Challenger (about 0.04 percent of players) tiers. 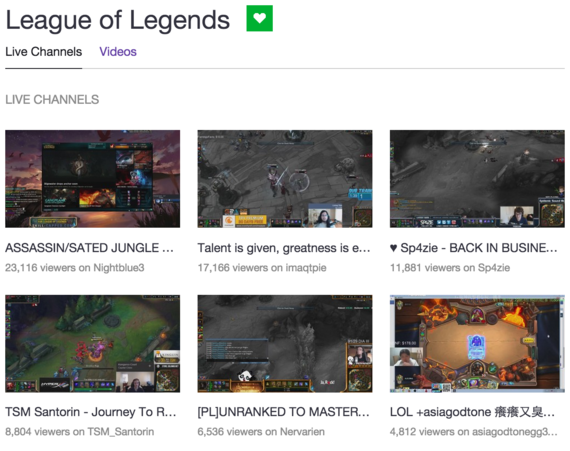 League of Legends streamers via Twitch.tv

The goal of streamers on Twitch is to become a Twitch Partner which creates legitimate advertising revenue for streamers, but this is no easy task. Pre-requisites include having a regular live viewership of at least 500 viewers and a stream schedule of at least 3 days per week. Streamers also make additional income off donations and subscriptions from viewers, which scales with viewership.

Many tactics are utilized to increase viewership, such as running contests with prizes for viewers, playing games with viewers, and even fundraising. For example, a popular streamer known as Siv HD raised $106,000 for starving children in just over 12 hours of streaming. There are tons of causes that streamers raise money for and there are many creative avenues to broadcast awareness that haven't been tapped yet. One of these is the growing need for organ donors. Every 10 minutes, someone is added to the national transplant waiting list -- to help this cause, a streamer could either broadcast links to an organ donation page or even challenge their viewers to register and hit a set goal.

Streaming for charity or even streaming in tandem with awareness building can help new streamers and gamers attract a larger following. The audience-building grind is difficult and inevitably requires more creative, out-of-the-box events to increase viewership.

Erica started streaming this past April, investing 9-plus hours a day, five days a week, self-promoting everyday and has since accumulated 400-plus followers. On average, Erica receives 15-25 live viewers, but her numbers have been increasing by 100 percent month-over-month.

Growing a fan-base and attracting viewers on a regular basis can take its toll on aspiring streamers and gamers. When asked about the sacrifices she's made, Erica says, "Sometimes I get really depressed when I perform poorly on stream or have a day of very low viewership. I feel like I'm sacrificing time away from my fiancé and family -- and for what? It has put a strain on my relationship with those around me, despite the support and encouragement they give me. I guess -- mainly -- it's my own insecurities I deal with, and the longer I go the deeper I put myself in this hole of 'is it all for nothing?' You know, time I can't get back."

Erica explains how her goal to become a Twitch partner and make it there on her own helps maintain the drive and focus necessary for new streamers. She says, "You really need tough skin; you can't be easily discouraged or you won't last." This is especially true for streamers who are literally broadcasting their every breath for long periods of time. Mistakes, drama, emotions -- it's all broadcasted live and can have positive or negative impacts on your stream.

As Erica continues developing her stream and persona, thousands and thousands of other greenhorn streamers and gamers have set off on similar paths to make it big playing video games. This is just a glimpse at some of the sacrifices they make.