A "nightmarish," cannibalistic cricket from Asia is apparently invading homes throughout the eastern United States -- and scientists say there's still a lot we don't know about the spindly-legged creature.

The greenhouse camel cricket (Diestrammena asynamora), which is known for its voracious -- and sometimes cannibalistic -- appetite, has been in the U.S. for many decades; however, the insect was believed to be quite rare outside of commercial greenhouses. Until now, that is.

In a paper published in the journal PeerJ Tuesday, researchers from North Carolina State University said that they were surprised to find an abundance of greenhouse camel crickets in homes east of the Mississippi.

The insect has actually become so widespread in the region that researchers say it now appears to be more common than native camel cricket species in the eastern U.S.

In North Carolina, for example, scientists say that in households where camel crickets were identified, it was the greenhouse variety that was found more than 90 percent of the time. 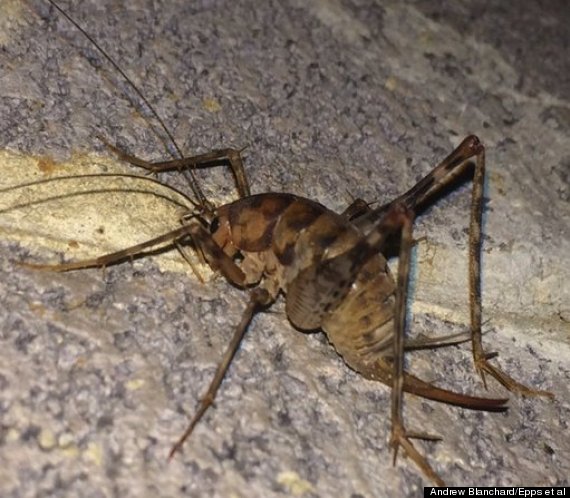 Researchers say they don't yet know how these non-native crickets are impacting local ecosystems, but they stressed that homeowners shouldn't take fright if they come across a greenhouse camel cricket in their home.

Despite their reputation for being "nightmarish," thanks in part to their bizarre appearance and propensity for eating pretty much anything, camel crickets "don't bite or pose any kind of threat to humans," said the study's lead author, Dr. Mary Jane Epps, per a news release.

In addition, camel crickets are scavengers and "may actually provide an important service in our basements or garages, eating the dead stuff that accumulates there," co-author Dr. Holly Menninger said.

However, Menninger said that scientists still know very little about these insects.

"We know remarkably little about these camel crickets, such as their biology or how they interact with other species," she said, per the release. "We're interested in continuing to study them, and there's a lot to learn."

Ever spotted a greenhouse camel cricket in your home? Tell us in the comments.