A wide circle of a dozen chunks of Greenland glaciers sits like a frozen Stonehenge in front of the Place du Pantheon in central Paris. The white-blue ice slowly drips and puddles onto the stone pavement. "Ice Watch," as the exhibition is called, is a vivid testimony to the melting polar icecaps, while elsewhere in the city, climate negotiators struggle to hammer out an agreement between nations to reduce our global greenhouse gases before global warming becomes catastrophic. 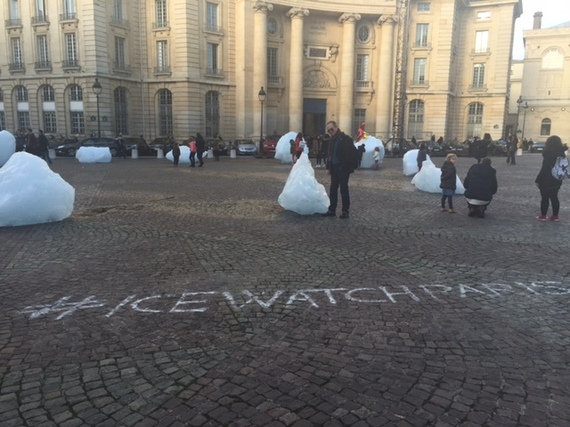 The blocks of ice were fished out of the sea in the Nuuk Fjord, having broken off from melting glacier sheets. They were brought by boat and freezer trucks to Paris for the conference.

Ice Watch is part of the Artists4ParisClimate2015 Initiative that aims to mobilize public opinion around Climate Change. The creator, sculptor Olafur Eliasson, said at the opening in Paris, "Let's appreciate this unique opportunity - we, the world, can and must act now. Let's transform climate- knowledge into climate action. As an artist I hope my works touch people, which in turn can make something that may have previously seemed quite abstract more a reality. Art has the ability to change our perceptions and perspectives on the world, and Ice Watch makes the climate challenges we are facing tangible. I hope it will inspire shared commitment to taking climate action." 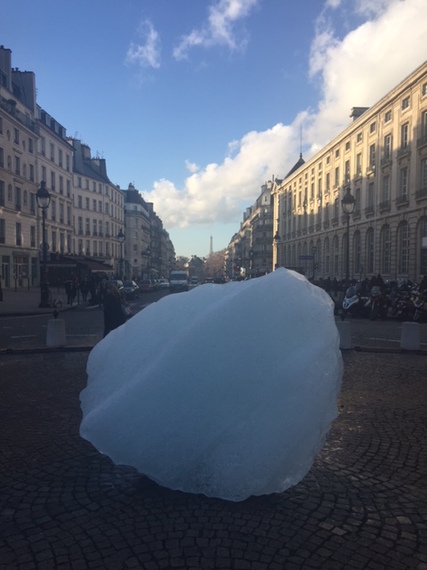 According to the Ice Watch website, "A warming climate has thrown the Greenland ice sheet out of balance...Currently, the amount of ice lost each year from it's glaciers is 200-300 billion tonnes. Water from Greenland's ice sheet raises sea level approximately 0.3 mm each year, and this amount is dramatically increasing. In 2015, for example, the sea level rose 0.7 mm. Before the end of the 21st century, Arctic temperatures may well have risen by more than 3 degrees Celsius, making the Greenland ice sheet unstable. If all of this ice melts, sea level will rise 7 metres." 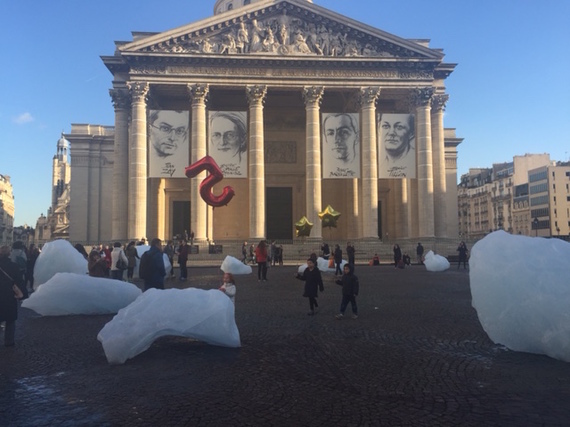 In fact, a big problem with Climate Change is that the affects are too big and too slow to see in ordinary life, especially in our air-conditioned and climate controlled cities. Meanwhile the while the attention spans of our politicians have become ever more short term and fragmented.

There's nothing like watching chunks of glacier melt before your eyes to bring the reality of Climate Change home.

Tim Ward is the author of The Master Communicator's Handbook, a guidebook for thought leaders and change maker. See: "Communication: It's not about output, it's about impact!"