LEGO: Everything is NOT awesome from Greenpeace on Vimeo.

Greenpeace’s most recent video targets popular toy brand Lego for its partnership with Shell. Though it begins innocently enough, panning over a Lego winter wonderland full of polar bears, wolves and icebergs, the video takes a sinister twist when a Lego version of a Shell drilling rig begins to flood the scene with oil.

Richard Beer, the Creative Director behind the film, said that although they love Lego, they hate to see the company “being used by Shell.” The final frames of the video highlight this message, saying, “Shell is polluting our kids’ imaginations. Tell Lego to end its partnership with Shell.”

Lego has partnered with Shell since 2011 to highlight the company’s brand in its toys, including a series of Lego cars available only at Shell. Shell has been under fire by environmental groups for its plans to expand offshore drilling in the Arctic, as questions continue about the environmental impact of drilling in such a sensitive area.

Jørgen Vig Knudstorp, CEO of the Lego Group, said the company plans to honor its commitment to Shell and that by using promotional partnerships it is able to “bring Lego bricks into the hands of more children.” He also said that this dispute must be settled between Greenpeace and Shell, not the Lego Group. Greenpeace’s Arctic Campaigner, Mel Evans, argues that Shell is a huge contributor to climate change, a threat to children worldwide. If Lego really supports leaving a better planet for our kids, she said in a statement, they will end their partnership with Shell.

UPDATE 7/11: Greenpeace's original video, posted on YouTube, was removed due to copyright claims by Warner Bros. Entertainment. Greenpeace plans to challenge the claim on the grounds that the video is a parody and is "in the public interest," meaning it is protected free speech. They also note that there are more than 700 videos on the site that also use the Lego Movie's theme song, and more that use the movie's characters.

The video has been reposted to Vimeo and Greenpeace is encouraging citizens to repost it elsewhere. 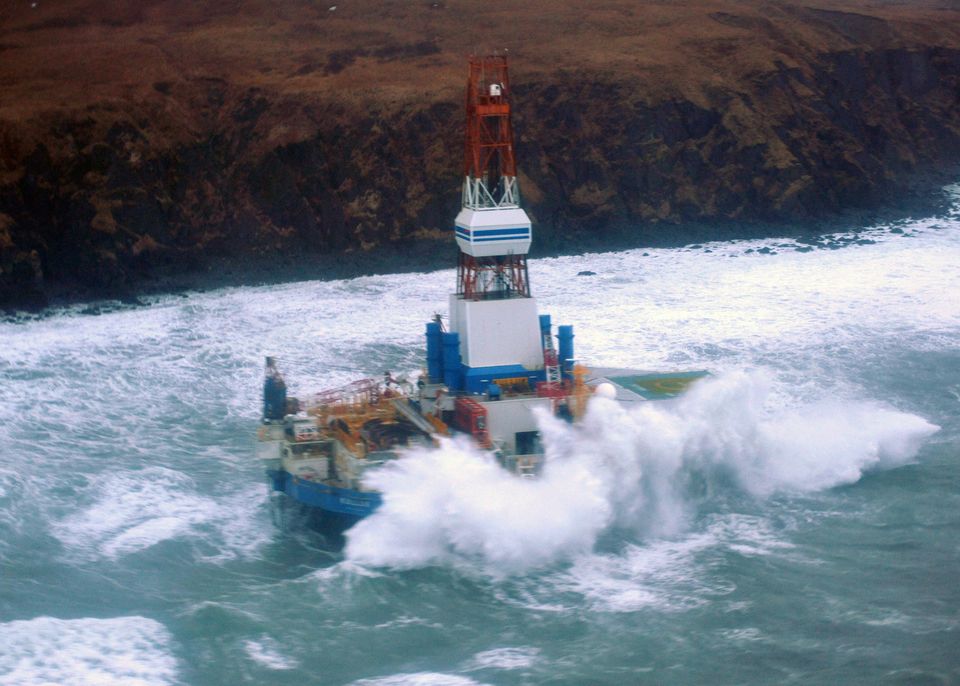 1 / 16
This image provided by the U.S. Coast Guard shows the Royal Dutch Shell drilling rig Kulluk aground off a small island near Kodiak Island Tuesday Jan. 1, 2013. A Coast Guard C-130 plane and a helicopter were used to fly over the grounded vessel on Tuesday morning. The severe weather did not permit putting the marine experts on board the drilling rig, which is near shore and being pounded by stormy seas. (AP Photo/U.S. Coast Guard)
AP