Greg Behrendt is reborn. Gone are the saccharine days of relationship advice, sit downs with Oprah, consulting on Sex & The City and day time talk shows. In their place is a man just hitting his stride.

Even with a resume that would make most comedians -- or authors, for that matter -- cringe with envy, Behrendt has found a new voice in podcasting. Together with his long-time comedy partner Dave Anthony, he hosts the brilliantly cathartic "podcuddle" "Walking The Room." Recorded weekly inside Behrendt's closet (literally), there are rarely guests, just two friends talking about life with filthy, unfiltered honesty. With "Walking The Room," Behrendt has solidified an entirely new, wildly devoted fan base, or "cuddlahs" as they're known, who acknowledge each other with a simple nod, wink and a "How 'bout that, bro?"

Just after last month's First Annual Los Angeles Podcast Festival organized by Anthony, I sat down with Behrendt to talk about his life, his career, almost quitting stand-up and the tension between him and Adam Carolla. 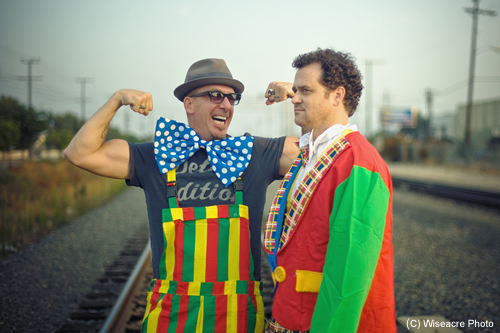 DS: First off, congratulations on The L.A. Podcast Festival! I know both of you worked hard putting that thing on. Were you happy with the final result and can we look forward to another one next year?

GB: I actually didn't have anything to do with it. It was all Dave and Graham Elwood, Chris Mancini and Andy Wood. I just stood in the wings and cheered.

Not long ago you made the pronouncement that you were done performing stand-up because of a series of bad experiences on the road. What brought about the change of heart to keep performing?

A therapist. I got to a point where I had no perspective about myself, my career and careers in show business in general. I realized I have it better than most people will ever have it and to throw it all away would just be stupid. So I'm not as popular as I once was. Doesn't mean I don't have more to say. And who knows maybe there's a part two. 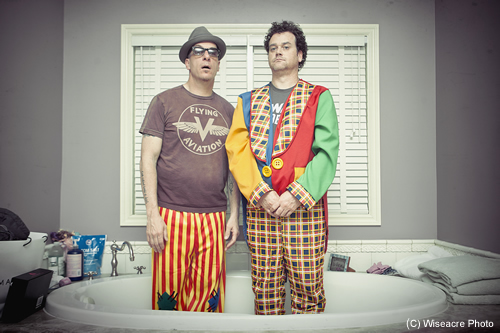 Have you seen a demographic shift in your audience since you started the podcast compared to the slightly more female-centric "Greg Behrendt is Uncool" days?

Yes there are definitely more sad dudes in the crowd. If there are three or four "Walking The Room" fans in the crowd it will change the whole room for the better. Their enthusiasm makes a ton of difference. They are also why I won't give it up.

I was so stoked to learn that Mighty and True are in fact the names of your daughters and not nicknames. Those are pretty bad-ass and empowering names for young girls. What was the inspiration behind them?

Amiira, my wife, felt their names should be unique and empowering. I felt that they should feel like characters from a great novel. They are such actual embodiments of their names it's unnerving. They are the best two humans I could have ever asked for and I am a really lucky guy.

So I would be remiss if I didn't ask what the real history of the beef with Adam Carolla was. It seemed to me that it ran a little deeper than his moronic statement about women comics and the ensuing defense of said statement.

You know, I don't really know. I used to like the guy back in the day cause despite our philosophical differences he seemed genuine and that's more than you get from most people. I went on Loveline and I didn't really connect with him comedically and as a result I wasn't very funny but he was super cool to me. I guess he just decided he didn't like me. How I keep coming up for him I don't know. The book is eight years old, I haven't been on TV since 2006, I don't know what his beef is. It really doesn't matter though. I'm a different type of guy and the type of guy Adam is or seems to represent kind of bores me.

Recently you said in an interview that you put the kibosh on the whole advice game because people by nature only want to hear what they want to hear. As a guy who gained a fair amount of popularity giving people advice, how quickly did you learn that was the case?

Almost immediately. The popularity of the book was unexpected as was the expectation that I'd then give advice to actual people. Most authors writing books like He's Just Not That Into You dream of doing what I was being asked to do. I didn't like it. I'm good at giving advice but doing it on TV and Radio felt wrong and when people resisted my point of view I was like, "Why am I doing this? This was not the plan." So I stopped. It didn't make me feel good. 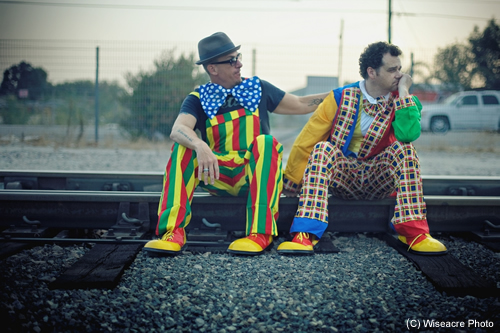 Marc Maron is on the record as describing "Walking The Room" as a "celebration of sadness." Given that it's really unlike anything out there, how would Greg Behrendt describe the show to the uninitiated?

I don't even try. It's like trying to explain who I am. "Walking The Room" is the purest thing I've ever been involved in. We don't have to work at it because it's a living breathing real friendship and our listeners get it. The best compliment I ever read about WTR was "The live one with Patton is the funniest one but it's not my favorite." Meaning that people don't just come to us for a laugh and that's what I've been trying to do my whole career.

So can we look forward to a Podcuddle at Burning Man next year?

God I hope so. I think it would crush!

Last question... How 'bout that, bro?

Subscribe to "Walking The Room" on iTunes, follow Greg on Twitter, visit GregBehrendt.com for stand up dates and The Reigning Monarchs official site for upcoming shows and announcements.