Just because you're paranoid doesn't mean Goldman Sachs is not after you.

In his new book, "Why I Left Goldman Sachs" -- a copy of which The Huffington Post has obtained, ahead of its Oct. 22 publication date -- world-famous job quitter Greg Smith alleges that Goldman frequently made recommendations to clients and then took the opposite side of the trade it had just recommended.

"The client increasingly came to be regarded as a counterparty, merely the other side of a transaction, rather than an advisee," That, Smith says, led to "morally ambiguous" episodes when Goldman "made a bet in the other direction from the client's."

"Advisees," by Smith's reckoning, are "like children; you have a responsibility to look out for them and defend them from their own worst instincts.

"Counterparties," he continues, "are adults, and in full-frontal capitalism, anything goes between consenting adults."

Sexy talk! And we know what happens when consenting adults get together and anything goes: Somebody gets screwed. And in the case of Goldman, according to Smith, that somebody was often the client.

"If a firm wasn't generating conflict, it wasn't pursuing business aggressively enough," is how Smith characterizes the Paulson-Blankfein mentality. Conflicts "'are embedded in our role as a valued intermediary -- between providers and users of capital and those who want to shed risk versus those who are willing to assume it,'" Smith says Goldman's leaders wrote.

Many have long suspected Goldman of habitually telling clients to do one thing and then telling its proprietary-trading desk to do the opposite thing. According to this view, the clients, or "muppets," as Smith says they are called, are the useful idjits that help the prop desk make the trades Goldman actually believes in. The Zero Hedge blog, the raging id of Wall Street, has been a frequent chronicler of Goldman's muppet-scalping exercises, pointing out again and again episodes in which Goldman recommendations cost clients money.

And then there was that whole unpleasantness with the stuffing of collateralized debt obligations with subprime junk handpicked by one client, John Paulson, for failure and sold to unsuspecting muppets. Goldman settled with the Securities and Exchange Commission over that one, paying $550 million without admitting or denying wrongdoing.

In any event, though Goldman has admitted its conflicts publicly, Smith's allegations have not been well-received by the company, which still claims to be all about taking care of its clients. Maybe that's why Goldman has so aggressively pushed back against Smith, accusing him of just lashing out at the investment bank in the New York Times and in book form because of a failure to realize his true value and make him a managing director and pay him a million dollars per year to shave muppets.

We'll be reading and writing more about the Smith book in the days to come, but I can say that if this is the worst allegation to come out of it, Goldman really doesn't need to bother destroying the guy. According to Politico's reading of the book and the first chapter, which we also saw last week, Smith's other blockbuster allegations include that Goldmanites sometimes drink too much and that they are not above sacrificing a cheddar-cheese salad to teach an intern a valuable life lesson.

As for the muppet-abuse, if you were a client of Goldman's and didn't at least prepare for the possibility that Goldman was going to trade against you, then you have no business handling money -- not yours and certainly not anybody else's.

Why? Because this is the way things work on Wall Street, for better or worse. Michael Lewis, in his book "The Big Short," writes about a former Oppenheimer & Co. trader called Danny Moses. It's instructive for what it says about how savvy traders see their relationships with Wall Street banks:

When a Wall Street firm helped him to get into a trade that seemed perfect in every way, he asked the salesman, "I appreciate this, but I just want to know one thing: How are you going to fuck me?"

Heh-heh-heh, c'mon, we'd never do that, the trader started to say, but Danny, though perfectly polite, was insistent.

We both know that unadulterated good things like this trade don't just happen between little hedge funds and big Wall Street firms. I'll do it, but only after you explain to me how you are going to fuck me. And the salesman explained how he was going to fuck him. And Danny did the trade.

Correction: An earlier version of this story incorrectly referred to the title of Smith's book as "Why I Quit Goldman Sachs." The correct title is "Why I Left Goldman Sachs."

PHOTO GALLERY
Political Leanings Of States With The Most Ultra-Wealthy
Download
Calling all HuffPost superfans!
Sign up for membership to become a founding member and help shape HuffPost's next chapter
Join HuffPost 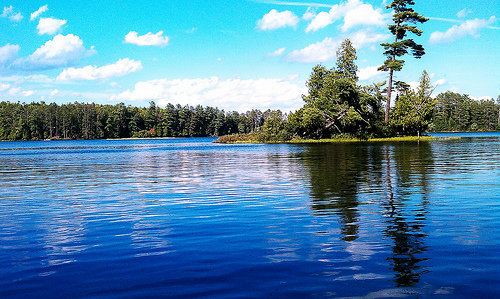