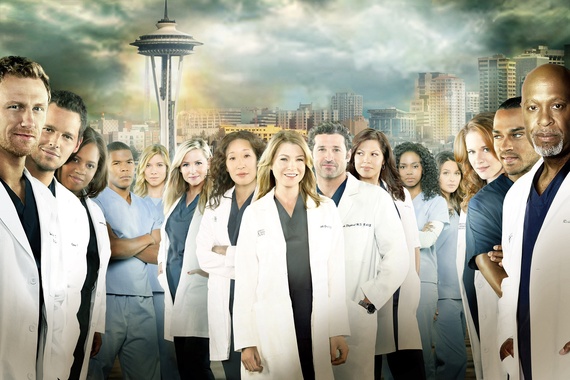 "What, do you need an 'I love you' or something? I love you!" That's probably the best goodbye between two dark and twisty friends there could be. That, and a dance party.

This could have went a few different ways and I have to admit that I smiled the whole way through.

1) Yang's character is (was) the best on television, ever. You all know it. Her send off was perfect: she got to tell Meredith to stop worshiping Derek, Karev that he was an imbecile, and wave, quietly to Owen. Like every other time "Grey's" tries to teach us a life lesson, I thought this one was pretty darn good: there is no endpoint.

2) It was also just a good season finale in general. The worst interns are taken care of (Murphy off on her life, Shane to Switzerland). April makes good with the world and Mama Avery. And there's conflict to deal with come September: a new character was introduced and it's Ellis Grey and Webber's child. Bailey thinks she's getting Yang's seat but Cristina left it all to Alex. Meredith is stopping the D.C. move. There was a George reference. Does it get any more perfect?

3) Did I mention how happy I am that Cristina, a smart, sexy, stubborn, single woman gets a happy ending?

What were your favorite parts? How much did you die a little when you thought she was in the mall? Do we even have to watch next season if McDreamy and Mer are going to fight and Webber has a daughter?

Tell me in the comments or let me know @karenfratti.