Alex Karev... is that you? Bailey... with braids? Can you imagine Meredith Grey, without being dark and twisty?

Always a show that pushes the boundaries (remember the musical episode?), on Feb. 2, "Grey's Anatomy" will air an alternate universe episode, as Meredith fantasizes about how life may have been different if her mother remained alive, healthy and employed at Seattle Grace.

Meredith is happy, cheery and engaged to Alex Karev. She never hooked up with McDreamy, which meant that Dereck eventually worked things out with his wife Addison. "Private Practice" star Kate Walsh returns for the AU episode, titled "If/Then."

And the biggest shock? Bailey never became the Nazi, and instead, she stayed the same meek person that she was when she was an intern.

In other "Grey's" news, series' stars Patrick Dempsey and Ellen Pompeo will have their contracts expire at the end of this season.

Dempsey recently told TV Guide in December that he would continue working on "Grey's" if he could also still take part in his "real passion," car racing, and some new movie roles.

Pompeo, Dempsey's on-screen wife, will also see her contract expire at the end of Season 8. "I would never turn up my nose at 'Grey's,'" she said in October of her future on the show. "If I hear from the fans that they want us to keep going, then I would continue because we owe them everything."

Take a sneak peek at the "If/Then" episode below. Which reality do you prefer? 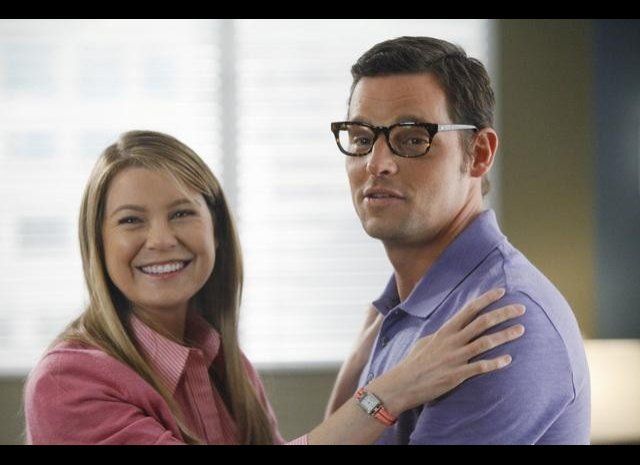 1 / 17
As Meredith puts Zola to bed and falls asleep, she begins to wonder -- what if her mother had never had Alzheimer's and she'd had loving, supportive parents? The reverberations of a happy Meredith Grey change the world of Seattle Grace as we know it. What if she had never met Derek in that bar and he had never separated from Addison? What if Callie and Owen had become a couple long before she met Arizona? And what if Bailey never evolved from the meek intern she once was? "Grey's Anatomy" airs THURSDAY, FEBRUARY 2 (9:00-10:02 p.m., ET) on the ABC Television Network.
ABC