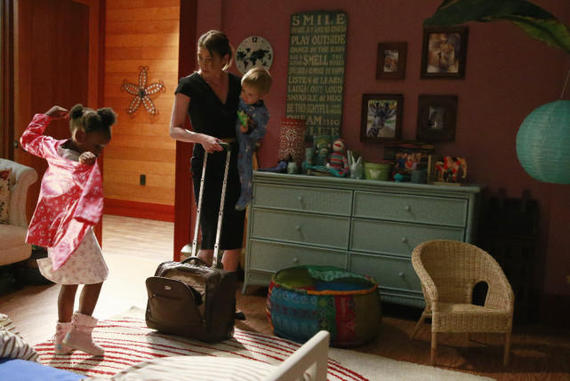 Did you even think it was possible that this story could go on? It's impressive that they did and I don't think it was even that forced or cheesy. It took me two days to watch it, and it got better each time I returned to my DVR.

Let's start with the only problem: did they even try to get Yang or Addison to make an appearance? I know there are real like contractual agreements and lives at stake, too, but come on. It's been 11 years, throw us a bone. Karev mentions calling Christina, but I feel like she would have hopped on a plane. I mean: DEREK SHEPHERD DIED.

When they pan to Meredith on the beach, I was almost positive she was with Addison. Yet no sign of her either except while Amelia is ranting about her grief.

And then the burning question: if Karev wasn't her emergency contact, would she had returned to Seattle? Nice plot point, writers room.

Whoever has been on montage duty this season deserves a cookie. The music, the perfect MerDer flashbacks. Even the hopping around in the present, the editing has been great. Every story got it's due in these two episodes. It very well could have been a finale, even a series one. It all felt very over, and who is to say it isn't?

Except the promo for this week has Amelia angry and Meredith for prematurely pulling the plug.

What do you say? Team Amelia or Team Mer? Let me know - @karenfratti.