Note: Do not read on if you have not seen Season 11, Episode 24 of ABC's Grey's Anatomy, titled "Time Stops." 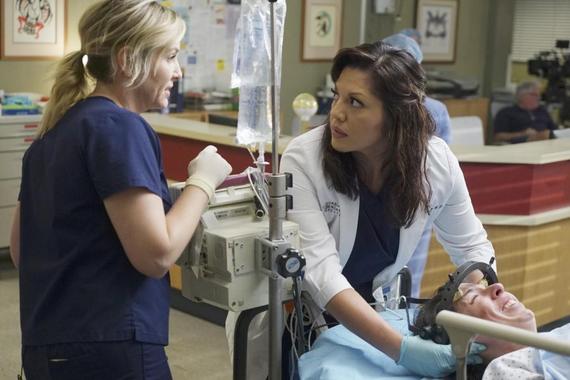 Tonight's the season finale and I'm nervous. Last week's tunnel emergency turned out to be another trick: Just keeping things moving and exciting after Derek's death. Amelia and Meredith's fight was a little anticlimatic, though I have to say I hadn't really considered the fact that Meredith acted too fast with Derek. Reasonable doctors, reasonable calls.

That said, anything can happen tonight. How worried are we? Let's take a look:

Nothing scares me more than Grey's Anatomy season finale.

I feel oddly calm for the Grey's finale tonight. I guess b/c they can't break up Calzona. & I'm not getting a death vibe for either.