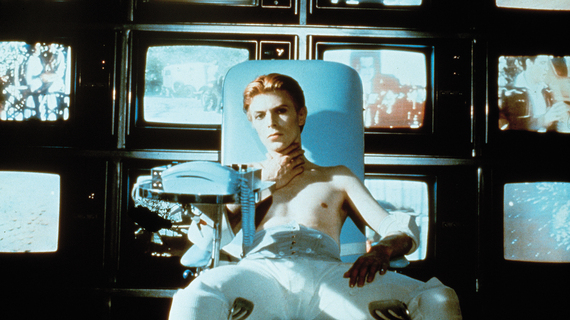 Image from the film The Man Who Fell To Earth

"News guy wept and told us
earth was really dying
Cried so much his face was wet
then I knew he was not lying" -David Bowie, "Five Years"

The media is full of the worst kind of news these days: fires burning in Canada, Malaysia and other places globally, mass extinctions happening in our lifetimes, glaciers melting, weird weather patterns, droughts and famine, massive fish die-offs, plastic debris on remote islands, the great garbage patch threatening to take over our oceans.

These are extremely harsh news. We are bombarded by it on a daily basis.

Yet some people are refusing to admit it. They are "not sold" that humans are fully responsible...

And it's not only the idiocracy that is plaguing the western world; the anti-intellectualism movement is also to blame.

"Ordinary members of the public credit or dismiss scientific information on disputed issues based on whether the information strengthens or weakens their ties to others who share their values," says Dan Kahan, a member of a study team from Yale that conducted a research back in 2012, on cultural cognition in relation to climate change. The research found that people believe or disbelieve the science around climate change if others around them believe it.

George Marshall, in his book Don't Even Think About It, addressed how humans are poor at dealing with issues of the future. We are reluctant to deal with uncertainty.
Hitting people on the head with data doesn't seem to help (Check out "Using Memes to improve Climate Change communication" by Joe Brewer and Balazs Lazlo Karafiath)

He argues that is our culture and social structures that are preventing us from seeing what is in front of us. That we'd rather listen to our social groups versus seeing the reality as it is.

We need to find ways culturally to change the narrative around climate change.

I believe our issues lie even beyond just Cultural Cognition and cognitive dissonance.

Humanity has not yet moved away from its adolescent stage. Being a fully mature species comes with a lot of responsibility. We are like teenagers who don't want to admit that we wrecked our parents' car, and are trying to create stories for why that happened and why it's not our fault.

Let's sit with this feeling for a moment.

Let's breathe into it for a moment. 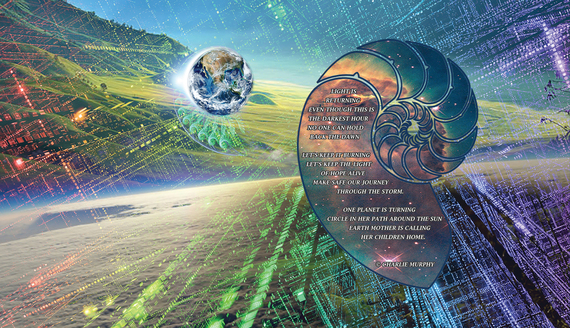 Taking responsibility doesn't mean we created it all. But it does mean we are stepping up to deal with what has occurred.

None of us individually set out to create the predicament we are in. But being in a state of apathy, we are not creating any solutions -- we are exacerbating the issues even further. How do we get rid of fear and start thinking logically? How can humans reverse this calamity we created?

My belief is that the chasm between this fear, to the action and solutionary mode we need, is based in our narratives and complex emotional selves.

We live in huge cities, yet are isolated from our communities and families.

We have so much abundance, yet have extreme poverty surrounding us.

We have so many pent up emotions -- but as a society are not allowed to share these fears with our community. Instead we tend to meet with our healers, one on one, away from the group.

Even more than love, it's the great connector, unifier, of our humanity.

This is how we are stuck with these emotions of grief, fear, shame and anger. They keep growing within us, like a cancer, without a healthy, communal way to heal.

Our home planet is dying.

We need to go through a collective grief process; this really hurts.

We need to cry, to shout, to scream, to hold each other tight. To let the waves of grief wash over us. And we need to do this together. 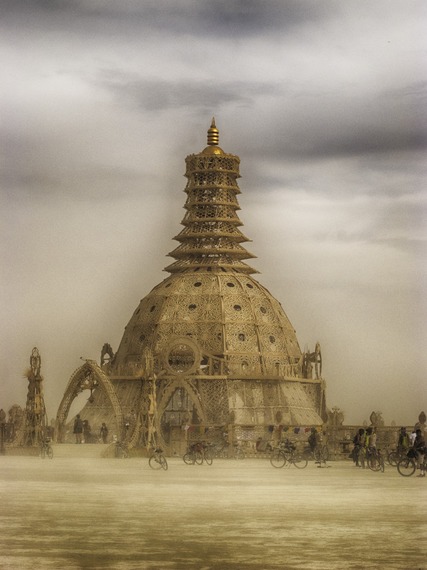 One of the most profound places I have visited on this earth is a temporary communal grief space called "the Temple". It is a structure built every year in the Black Rock Desert of Nevada as part of the counter culture experience of Burning Man.

A collective of artists erects a different temple every year. It is a place for the community to come and say their goodbyes to friends, loved ones. It's a place to share the collective grief together.

The tragedy of the commons, beyond its economic theories, is also just this.

We're not allowed our togetherness -- whether it's in happy or sad times.

These co-creative spaces of festivities and grief is how we are moving to solutionary modes, by the emergence of these collective experiences. Of these collective journeys. [Check out my two articles about the Collective Journey: 1,2].

We need to grieve. We need to do this together. We need to process. And then -- we need to act. Find the others like us. There are millions of such like-minded individuals. They are called Cultural Creatives.

This subculture -- that is estimated includes over 250 million people in what is described as the Western world -- share love and respect for nature and deep caring about its preservation, and its natural balance. They have strong awareness of the planet-wide issues like climate change and poverty and a desire to see more action on them, amongst many more aspects. They are finding each other, going through their grief process and creating a world that works for all.

It's through processing this grief that we can empathize with all lifeforms on this earth and start moving into action.

And perhaps we can build a world that works for all beings-everywhere, as the great Buckminster Fuller said: 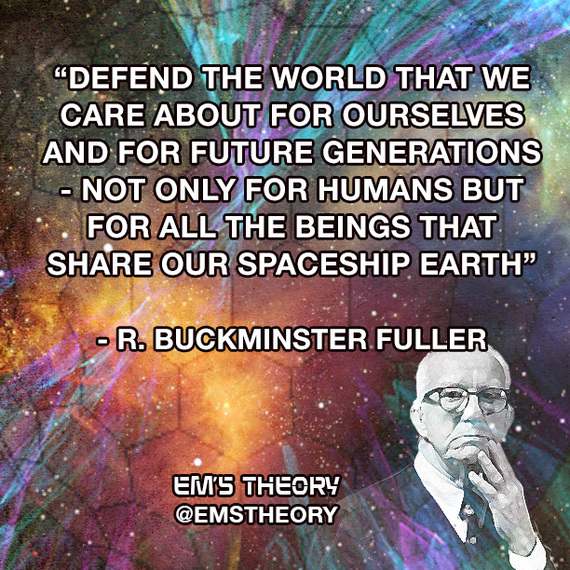