As a special needs mom, I have been anxiously awaiting/dreading the premiere of HBO's "Miss You Can Do It," a documentary about a beauty pageant for special needs girls that was started by Abbey Curran, Miss Iowa 2008, who herself has Cerebral Palsy. I wasn't entirely sure what I would be seeing or feeling while I watched this -- would I be depressed? Hopeful? Discouraged? Frustrated? Jealous? Grateful?

I was certainly emotional. The tears began at the four-minute mark and kept coming. The whole film was remarkable, but one particular quote struck me, implanting itself in my head on something of a loop since I first heard it on Wednesday evening. A mother was talking about her daughter, who was born with Down Syndrome, a diagnosis that was very much a devastating surprise to them at her birth. She repeated a piece of advice that was given to her the day her daughter was born: "It's OK to grieve the child that you thought you were going to have, because in grieving that, it helps you to celebrate the one that you've been given."

I have grieved for my daughter, Parker. For the childhood she could have and should have had -- full of play dates and lessons and running around carefree. For the childhood she ended up with --- full of compromises and co-therapy sessions and slowing down so her brother won't fall. She knows what "different" means, what special needs are. I have wondered what it will do for her future. Will she need to take care of him? Will he be a burden? Will she be more empathetic?

Will she resent him?

I have grieved for Scott. For this man that I have loved from just about our first conversation. A man who takes the weight of the world on his shoulders, then offers to carry your burden as well. He is the epitome of the "strong silent type." He has arguably one of the most stressful and high-pressured jobs in the world, and then he comes home to this. I grieve the family life that he was trying to build, now mired in insurance claims and therapists, and that he uses his vacation days for trips up to Owen's Neurologist/Ophthalmologist/Genticist/PPT meetings. But he goes to all of them. Every single one. I grieve the lifestyle that he has toiled for the past twenty years to build that is now going towards bills and specialists and special education advocates.

But I have never grieved for the child I was going to have.

Because I have Owen. That is the child I've been given.

I cannot say why in my over-thinking, hyper-sensitive and neurotic mind it had literally never occurred to me that Owen would have or could have been someone else. That he would have had a "normal" life. That at 3 1/2 years old, he would now be talking in sentences and be able to identify even one color consistently. That he'd be able to walk up and down the stairs and have a real friend.

He has never even had a single play date.

Perhaps, subconsciously, I never let myself go there for fear that I would never climb out of the black hole I was diving into.

I cannot grieve that other child because I don't know him. I never met him. I never loved him. He was not the child I've been given.

And I love my boy. I love him so much that it hurts to consider that there was ever another "Owen" out there that could have been mine. That could have had the easier road in life. That could have had a life where he didn't have to fight for every single thing he ever had. Every word. Every step. Where everything came naturally. Where it all came without having to sweat or work. It kills me to think that there was a path for him where one day he just walked, and he started talking, and I wasn't scared to read what the milestones were supposed to be.

I cannot grieve the child that I thought I was going to have because I never got the chance to imagine him. It all happened so suddenly. I was caught up in the whirlwind of his birth, his fight, hoping that he had a future was more important than what it would look like.

Will somebody ever love him? Will he get to experience that?

Will he be OK?

It's OK to grieve the child that you thought you were going to have, because in grieving that, it helps you to celebrate the one that you've been given.

I grieve for my son. My daughter. My husband. Myself.

But that other boy... Well, he was never mine. 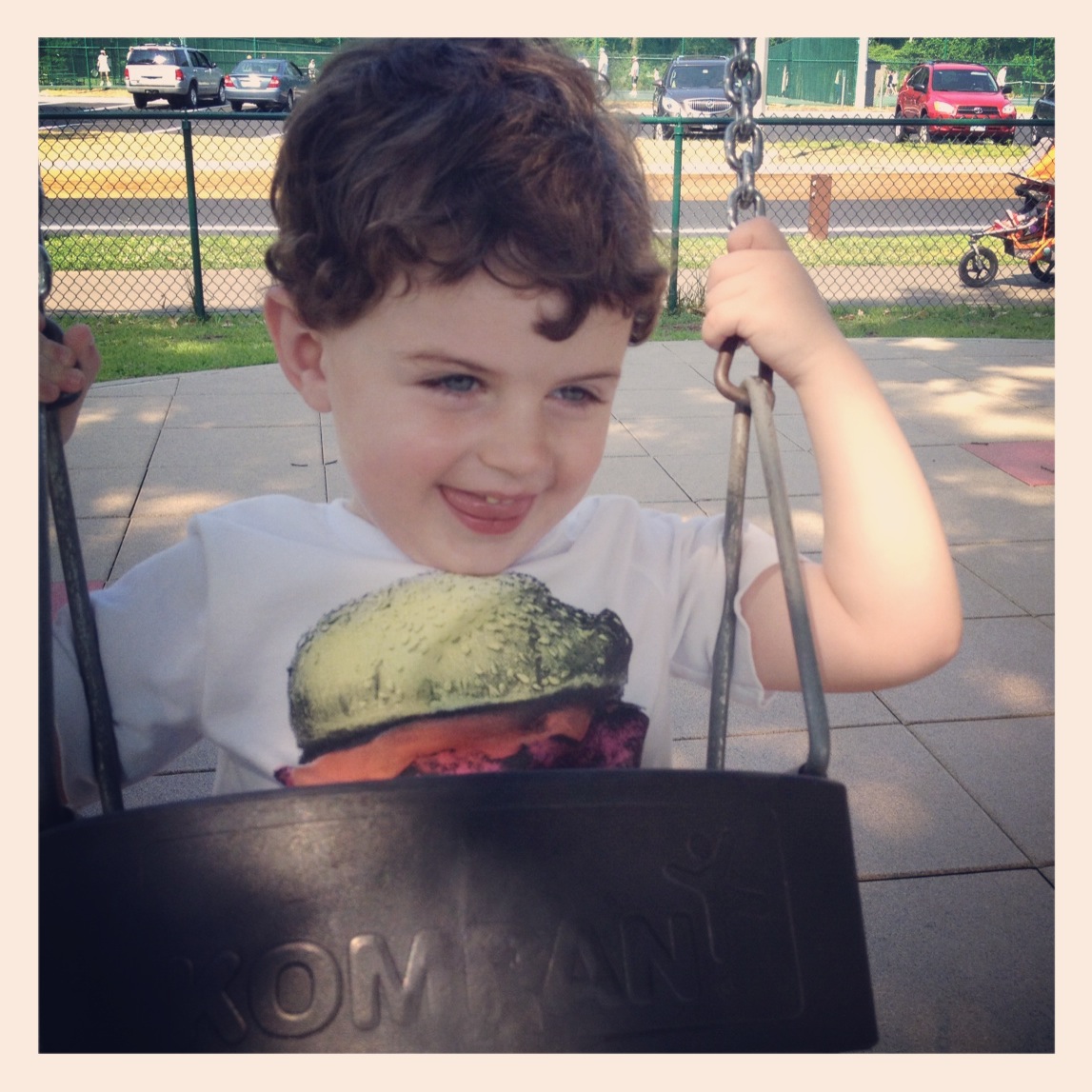