by Meghan O'Rourke and Paul O'Rourke 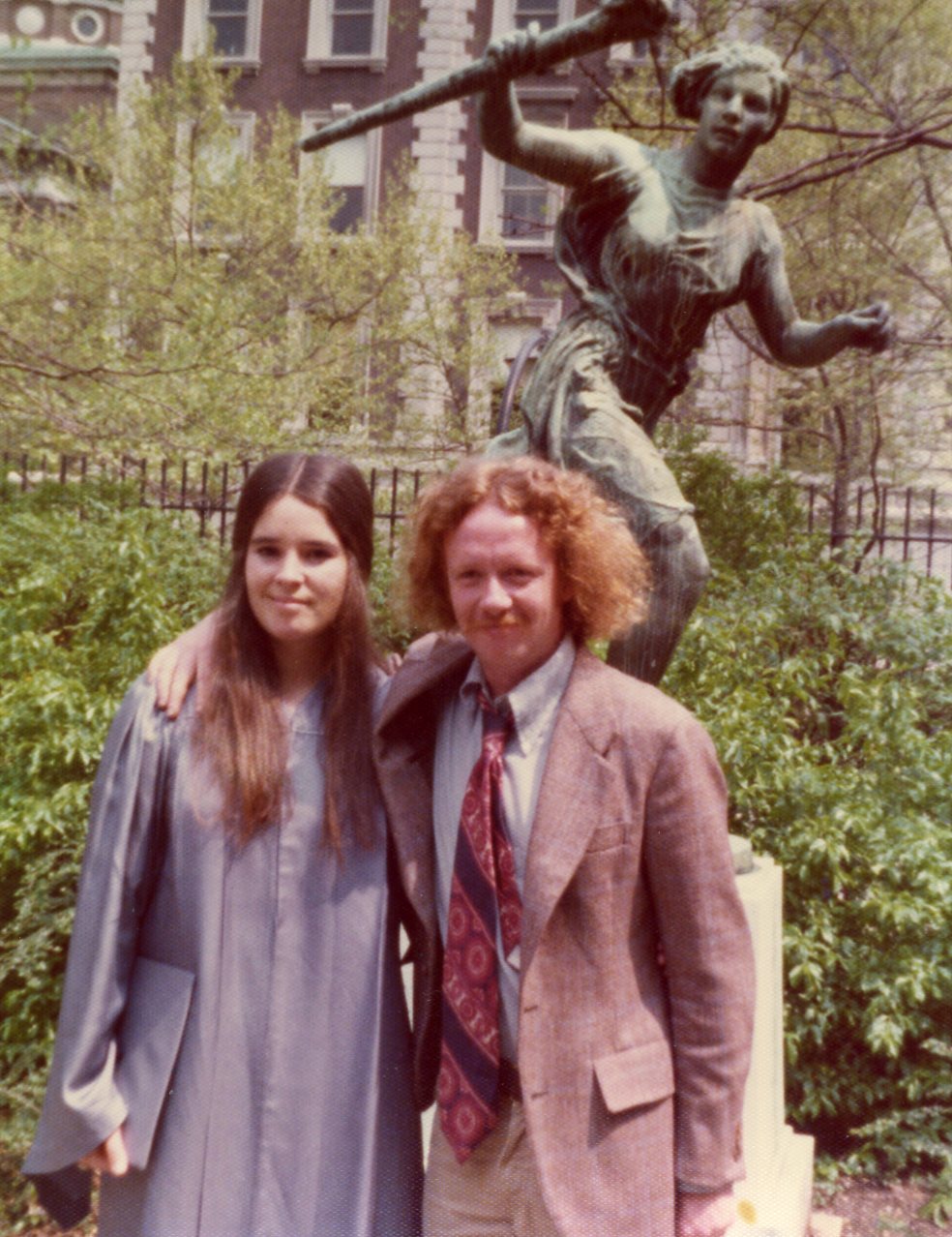 When I wrote a book about my mother's death, my focus wasn't my father or his experience, though at many points in The Long Goodbye I included conversations he and I had about the mercurial currents of grief. The book was mainly about my mother's illness and about what it was like to grieve for her after she died Christmas Day of 2008 at the age of 55, after living for nearly 3 years with colorectal cancer. In the wake of her death, I was struck by how challenging it is to mourn in a culture that is nervous around death -- a culture that lacks rituals and language that once helped the mourner feel less isolated in his or her bereavement. And so in The Long Goodbye I attempted to describe what the lived experience of loss was like, in the hopes that it would speak to other mourners who felt as I did. (You can read sections of it here.) But when I give readings, people usually ask me, How did your family feel about being written about? What has grief been like for them?

The truth is, writing the book led me and my father to talk more about our experience of loss
than we might otherwise have done. As Father's Day approached, I found myself thinking about
families that have suffered a loss, and the way pain and love are intertwined on days like this, and so I asked my father to continue our conversation in print. He and my mother were married on June 27, 1970. When she died, they had been married for almost 39 years.

What do you think are some of the difficulties of grieving today? What for you was difficult?

Many people seem to know what to do about the dead but seem clueless about how to deal with the living, the close survivors. Some treat you like you have just begun to recover from some dangerous disease -- that isn't quite right, because most people would be thrilled that you survived such a disease. But they seem to just want you to get better and hope that the whole awful business that you have just gone through will somehow evaporate into the mist.

I am not talking about everyone, of course. Many of my close friends, even acquaintances, knew exactly what to do when around me -- and still do.

In the book I talk primarily about my own sense of grief, and only a little about how it intersected with the rest of the family. Can you say a little about your own grief? Did you recognize experiences of yours in the book?

I am not really interested in talking about my grief -- it's too private an affair. The experiences of mine that I took most notice of in your book were your physical descriptions of me. I was not aware of how sad I seemed to look to you or actually looked -- I thought I was keeping much of my sorrow under wraps. I am actually glad now to see that that was not the case.

Do you think it was very different to grieve as husband and parent, rather than as a child?

I think grief is a personal matter -- there is no one way to be depending on your standing in the family nor should one think about it that way. I think that is what people have trouble with in our society. "I'm grieving -- but how do I do this the right way?"

As a parent, I was very aware of not just what I had lost in my life but of what you and your brothers lost as well. It was as important to me to help you out as it was to help myself out. And I tried hard in the ways that I knew how. 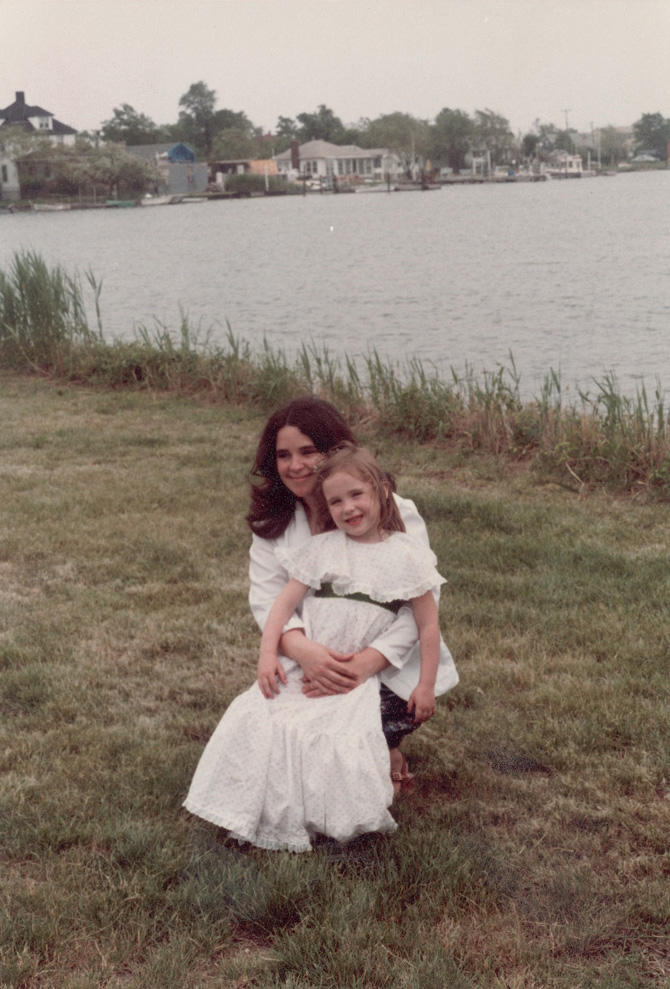 Was it weird to encounter yourself as a character in a book? To read about Mom's illness? What was this like?

While reading the book, particularly those sections that dealt with the final months of your mom's illness and death, it was gut-wrenching to relive that experience. I never really thought of myself as a character in a story -- or the story -- but I certainly have wondered at times what I sound like to readers. I did have a few odd encounters with strangers at the book party right after the book came out. To some of the people who came up and introduced themselves to me I was clearly a character in the book, more so than the father of the author for whom the party had been thrown. It was only the next morning that I realized the reason for the somewhat awkward exchanges I had with those people. That was weird.

Obviously, there are many conversations in the book where we talk about grief, and one thing that we all did was talk a lot. Can you talk about what this was like -- was it helpful to have children to talk to during this process? Was it frustrating too?

Only helpful. I think we found talking about all of this at first very difficult -- that's the wrong word -- very sad, I guess would be better. And it was. But if you look back over the past several years, you'll see that the dialogue underwent a slow metamorphosis -- from a conversation about death and sorrow to one about life. During experiences that we've had together recently, when someone has said "I wish Mom were here" or "I wish Mom could see this" those statements have no longer sounded fraught with sorrow but more of an acknowledgement of what she is missing simply because she is not here.

Do you think this experience has changed you in significant ways?

Yes, definitely. I try much harder to be more patient and more accepting of the wrinkles in the way things are. Your mom was amazingly patient, even though she did not suffer fools gladly one bit. But she did not like my impatience, at least the ways in which it could manifest itself -- when I begin to feel that way now (impatient) I really think about her and take a step back.

I have also tried to hear her voice when I am speaking with you or your brothers. I think that I listen better now (I hope) or at least, as my grandmother used to say, I listen more with my ears and less with my mouth. Like I said above, I am acutely aware of the void that her death created in your lives as well as in mine and am trying to do what I can to help fill some of that void.

Like me, you're someone who reads a lot to understand the world. Did you read anything that helped create a greater sense of understanding, a thread of meaning or structure, a way of beginning to understand this murky experience?

I keep a careful list of everything I read over the course of a year. Looking those lists over, I didn't see any truly significant change in my reading choices or habits. I certainly did not go looking for specific things to read -- I think I knew that I would just encounter ideas and insights that might prove helpful. What I have noticed since her death is that certain sentences or paragraphs in a book will leap out at me -- like the short passage I sent to you about seeing time as a layered pool and not as a river, one that you put in your book. The reading experience for me has certainly increased in intensity -- I am just thankful that I have the habit of reading. I can't imagine going through what I/we have gone through having only the electronic media to fall back on. I can't imagine.

Do you think that now, after having lived with a loss for two and a half years, you know anything that you didn't before? How has your grief changed?

I know now that it is all right to live with sorrow and that you can live quite a happy life doing so. We are, whether we like it or not, the sum of our experiences -- we are what we do or what we've done and experienced.

I know that there are people who need outside help -- counseling even drugs -- to get through experiences like this. I can understand that need if one's grief is incapacitating. Beyond that, I am really not sure I understand looking elsewhere for help. I think the point is to somehow understand all of this, not just get past it or through it.

In many significant ways, you never get through it. That is not just O.K., that's a good thing. It is testament to how significant the dead were in our lives and a celebration of their lives. And death, after all, is the way of the earth.

I find myself wondering what you miss about Mom; is there any memory of her you have -- as a mother, or when you met her -- that you could share?

Rather than share memories -- we run the risk of sounding hyperbolic when trying to share such details with strangers -- let me just say the following. I think I told you that when she died what I found that overwhelmed me was simply her absence, the presence of her absence. The house was empty in a way that it had never been, and that was not going to change. That quickly transformed itself -- or perhaps better it rearticulated itself into what I realize is the absence of her presence. That is what I miss the most -- her presence. It is something I experience everyday and I have to say that nothing -- not time passing -- seems to have diminished its intensity. I don't suppose it ever will. Anyone who knew her knows what I mean.