We love a good fashion face-off, and the 2013 MTV Video Music Awards offered us one of the most unexpected ones yet.

Musician Grimes, co-host of MTV's red carpet coverage, turned up in a black t-shirt, Adidas sneakers and a pair of Versace menswear pants -- the very same bottoms that 2 Chainz wore in his head-to-toe Versace look. Coincidence? Probably, but it was still hilarious nonetheless.

Luckily, Grimes had a sense of humor about the whole thing, and she even jokingly asked the rapper who he was wearing. "It's runway Versace, and it was supposed to be the only one on the red carpet," he quipped.

Well, then. So tell us: Who wore it better?

Grimes in her Versace pants: 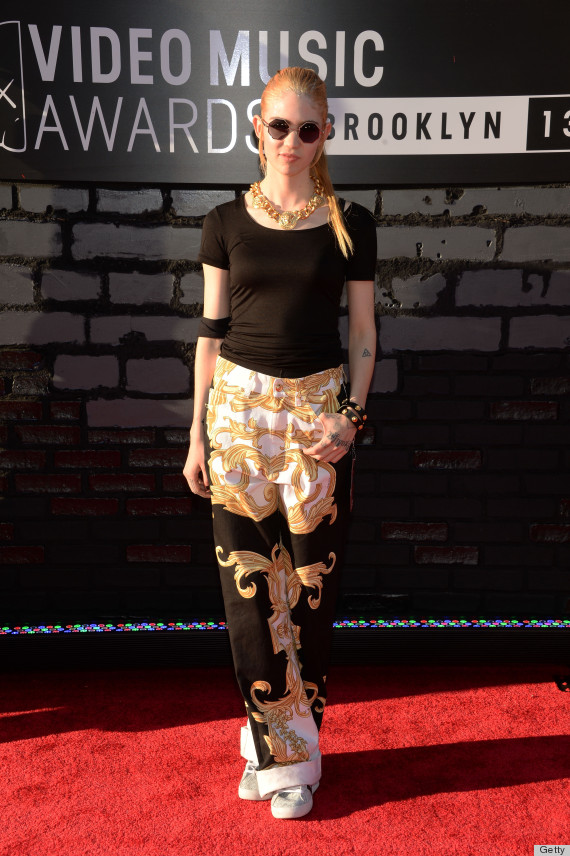 2 Chainz in his Versace pants: 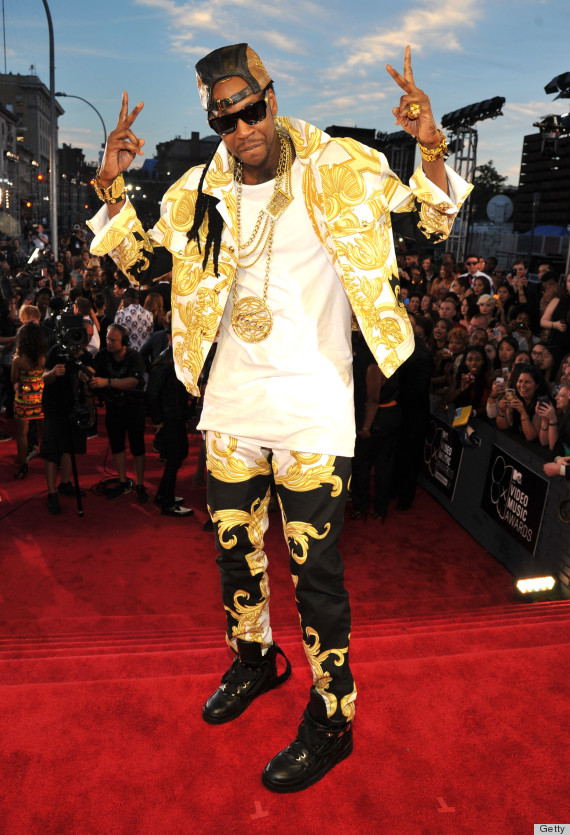 See all of the red carpet glam from the 2013 VMAs: