There’s a new Grinch in town, and he wouldn’t touch your fan theories with a 39-and-a-half-foot pole. Especially not that one theory.

Maybe the most famous of Dr. Seuss creations, the Grinch is an ever-recurring presence in TV and film. His overweening torso has appeared in the classic 1966 holiday cartoon and Jim Carrey’s 2000 live-action film “How the Grinch Stole Christmas,” and it will appear once again in Illumination’s upcoming animated remake, “The Grinch,” starring Benedict Cumberbatch as the titular humanoid.

In most renditions, the Grinch has a reputation for being a curmudgeon with a disturbing heart condition. He always realizes the true meaning of Christmas eventually, particularly after the Whos sing like angels even though the Grinch pilfered their presents.

But are these stories actually darker than you suspected?

We took our questions to Cumberbatch, the latest resident green Santa impersonator, who weighed in on the grimmest fan theories we could throw at him. Was he contractually obligated to answer every prying, inconsequential question we had about the animated holiday movie? Who’s to say? But here’s what we got:

Is the Grinch secretly trying to wipe out all the Whos?

First, let’s establish that How the Grinch Stole Christmas! might not be a standalone story. It could be connected to the Dr. Seuss tale Horton Hears a Who!, since both sagas involve a place called Whoville inhabited by Whos.

In Horton Hears a Who, which was published three years before How the Grinch Stole Christmas!, we learn that Whoville is so tiny that it exists on a speck of dust. It’s such a big deal that Horton hears one of its inhabitants because the place is basically microscopic. In fact, we’re led to believe that the only way Whos prevent giant creatures (who are actually normal-sized) from destroying their world is by making a lot of noise (singing and playing instruments).

So, for years, fans have assumed that the Grinch and all the Whos are actually quite tiny. The 2000 live-action movie affirms the theory: Whoville is shown to exist on a snowflake. But the connections between Horton and Grinch take a darker turn in a deep dive courtesy of Cracked writer Mark Oliver.

In his article, Oliver explains that if the Grinch’s plan to steal Christmas actually worked, causing the Whos to lose their Christmas spirit and cease their loud singing, they would be in danger of extinction because “giant” creatures would no longer be made aware of the Whos’ existence. It’s not such a far-fetched thought. In Horton, Who lives are threatened every second. Oliver points out that Horton’s decriers wanted to put the Whos’ dust speck in boiling oil. For defending the existence of Whos, Horton is tied up, beaten and “mauled.”

Knowing how dark that story gets, does a possible Grinch plot to destroy the Whos seem that implausible?

“Nope, I don’t believe that theory, not even once,” Cumberbatch told HuffPost. “Annihilation? I think he just really wants to stop Christmas from happening because that’s one of the things that is loudest and most joyous. They’re not singing out of self-defense to be identified, they’re singing out of pure unbridled joy, and I think that’s the thing he doesn’t feel he can take part in.”

The actor continued, “There’s a deep sadness in him ... and he’s got the wrong idea about Christmas as well. He thinks it’s the material trappings of Christmas that are the heart and soul of it. [The singing is] still the thing that transforms him when he sees how happy they are without the things he thought were making them happy.”

Of all the theories, Cumberbatch seemed to think this one stinks, stanks, stunk more than the rest. But we kept going.

Is the Grinch’s first name “The”?

In the Grinch stories, including the new movie, he’s usually called Mr. Grinch, the Grinch, or simply Grinch, leading some fans to assume that “Grinch” is the character’s last name. His first name, accordingly, might be “The.”

“I don’t think he has a first name,” said the actor, claiming that, like Madonna, Grinch is a one name kind of being.

Could the Grinch’s dog Max have been found in the trash?

If you can be sure of anything, it’s that the Grinch harbors so much hatred he’ll invade homes and steal children’s gifts. So, how are we supposed to believe he has it in him to acquire a little dog named Max and subsequently care for him?

In the Jim Carrey movie, we’re told that the Grinch’s home of Mount Crumpit is the landing spot for Whoville’s trash. So, did Max somehow wind up in the garbage as a puppy? Is that how the Grinch eventually found him?

“That’s a good question,” Cumberbatch said, considering the theory. “I don’t really know the answer. Maybe Max met the Grinch, not the other way around. Maybe Max just got lost one day and they ended up being friends?”

“Everyone says this Grinch is nice, possibly too nice ― well, no one says too nice, but he does treat animals well,” he added. “That’s a sweet theory. Maybe Max was forgotten about.”

Does the Grinch just need a cardiologist?

The Grinch’s alarmingly small heart size seems to be the crux of all his anger issues. At the end of the Seuss story, when his heart grows to the tune of the Whos’ singing, he surrenders to the glee of holiday season and basically becomes Mr. Christmas.

Would everything have been solved if he’d just seen a cardiologist?

“I think hearts are made the size they are in Whoville out of love, not out of physiology and biology,” Cumberbatch explained. “I don’t think it’s a medical matter, and who’s to say he hasn’t [gone to one]. He gets cold pretty easy for a guy who lives in the mountain, so something’s not right with his heart. Circulation’s not good.”

Is the mysterious “roast beast” actually a Who?

Perhaps the weirdest of the fan theories suggests those lovable Whos are actually the who’s who of who Whos should worry about.

Have you ever thought it was weird that the Grinch eats something called Who Hash? One Twitter user did, and in a long thread offered a hypothesis as to the true identity of the mysterious “roast beast” that the Grinch ends up carving at Christmas dinner.

Are the Whos eating another Who?

I would like to take a moment to discuss something that has always bothered me every holiday season.

I think it's weird that the Whos down in Whoville and The Grinch are carnivores. pic.twitter.com/8zew11v3Bw

“The Whos are not cannibals,” Cumberbatch said. “They are not vegan either. Certainly not vegan. It’s not a massive plant-based beast, that’s for sure. I think it’s sort of a nondenominational piece of meat. It could be kosher, it could be pork, it could be any under the spectrum.”

There you have it. Thank you for your time, Mr. Cumberbatch. You seem to be a very thoughtful and attentive Grinch who is definitely against cannibalism and mass genocide. Merry Christmas!

'The Whos Are Not Cannibals': A Conversation With Benedict Cumberbatch About 'The Grinch'
'How The Grinch Stole Christmas' Life Lessons 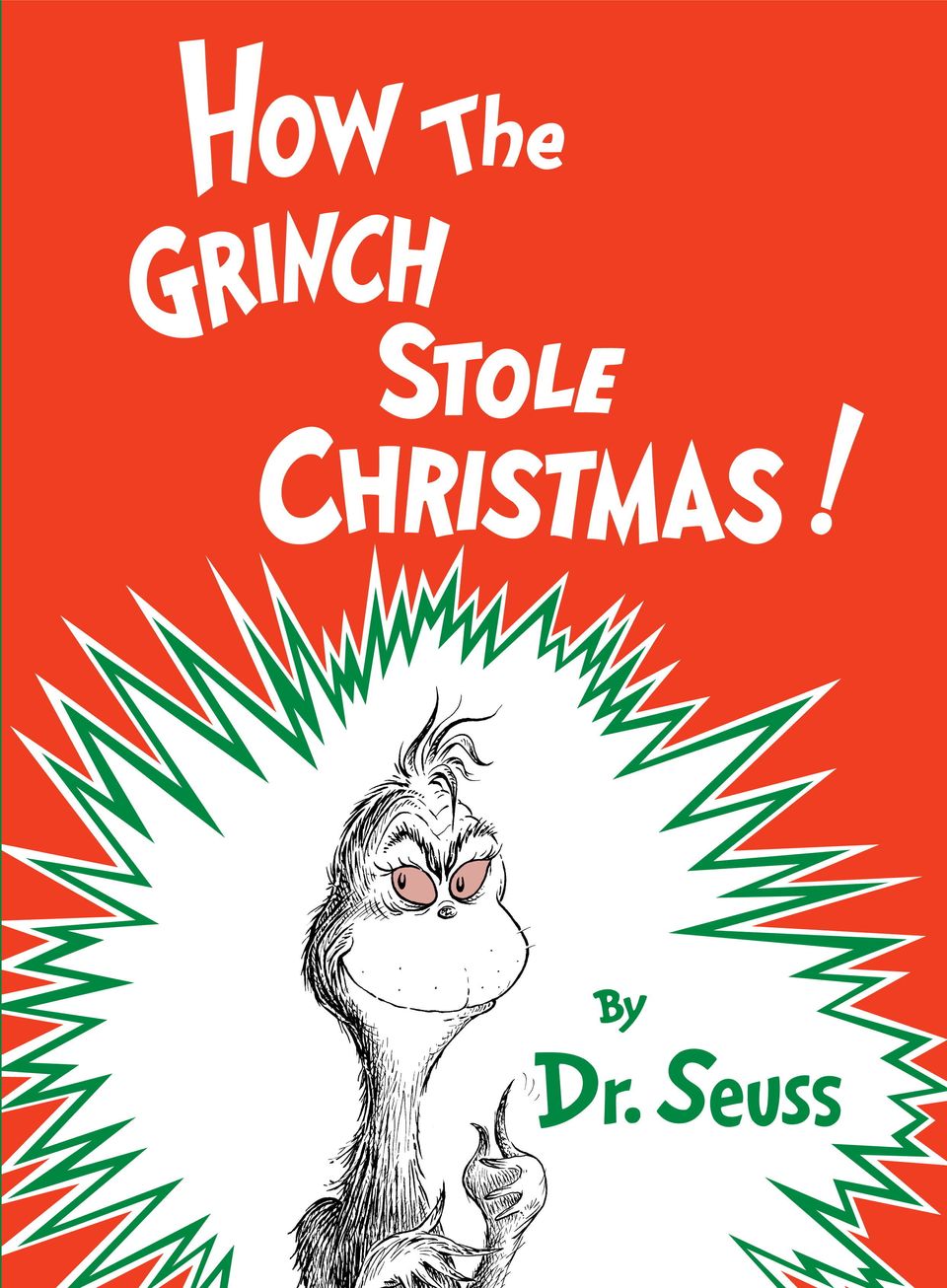 1 / 7
Don’t be a Grinch!
"The Grinch hated Christmas! The whole Christmas season!" According to the Merriam-Webster dictionary, a Grinch is an “unpleasant person who spoils other people's fun or enjoyment”. Today “grinch” is as much a part of our holiday vocabulary as Kris Kringle and eggnog. And without Dr. Seuss, it would never have existed!