The mascot for the Philadelphia Flyers’ hockey team, known for rambunctious behavior with fans, got too rowdy with a teenager during a photoshoot at a game last year, the child’s father alleges.

Chris Greenwell said he brought his 13-year-old son to a Flyers game in November so he could meet Gritty, the team’s popular orange-fuzzed, crazy-eyed mascot. But the photo op for Brandon Greenwell with Gritty turned out to be a painful experience for the boy Brandon thanks to an alleged attack by the mascot, the father told The Philadelphia Inquirer.

Chris Greenwell said that after the photo, his son playfully patted Gritty on the head. Then, as Brandon walked away, his dad said Gritty “took a running start,” and “punched my son as hard as he could” in the back.

Philadelphia Police told CBS Philadelphia that the incident is under investigation. A Flyers team official, meanwhile, disputes that any assault took place.

“We took Mr. Greenwell’s allegations seriously and conducted a thorough investigation that found nothing to support this claim,” a Flyers spokesperson told the Inquirer.

Greenwell, who lives in Newark, Delaware, told the newspaper he took his son to a chiropractor about a week after the alleged incident. According to documents supplied by Greenwell, the chiropractor found that the boy was experiencing mild pain and had a back bruise.

An official with Comcast Spectacor, which operates the arena where the Flyers play, said she found no evidence to support the assault claim. “I have investigated your allegations and cannot identify anyone who witnessed the incident as you described it,” Laurie Kleinman, the company’s vice president of risk management, wrote in an email to the father.

“It is unfortunate that you and your son had a bad experience at our Gritty photo event,” the email read. “Therefore, we are offering an opportunity to discuss a creative way to restore your son’s love of the Philadelphia Flyers.”

No agreement was reached on that offer. Greenwell has said he has been hoping the team would at least apologize. He also told the Inquirer he plans to relinquish the Flyers season tickets he has had for more than 20 years.

A reporter for the Delaware-based News Journal on Wednesday posted on Twitter that Greenwell and his son attended another season-ticket-holder event on Sunday. the reporter also provided the gist of his conversation with Greenwell:

Spoke on the phone with the Delaware man who says Gritty punched his son. "I don’t have an attorney, I’m not calling anyone. My son is fine." They went to another STH event Sunday. The Flyers are doubling down. Police are investigating. It's hump day. https://t.co/nF1BeV7MQY

HuffPost reached out to Gritty, who didn’t immediately respond. 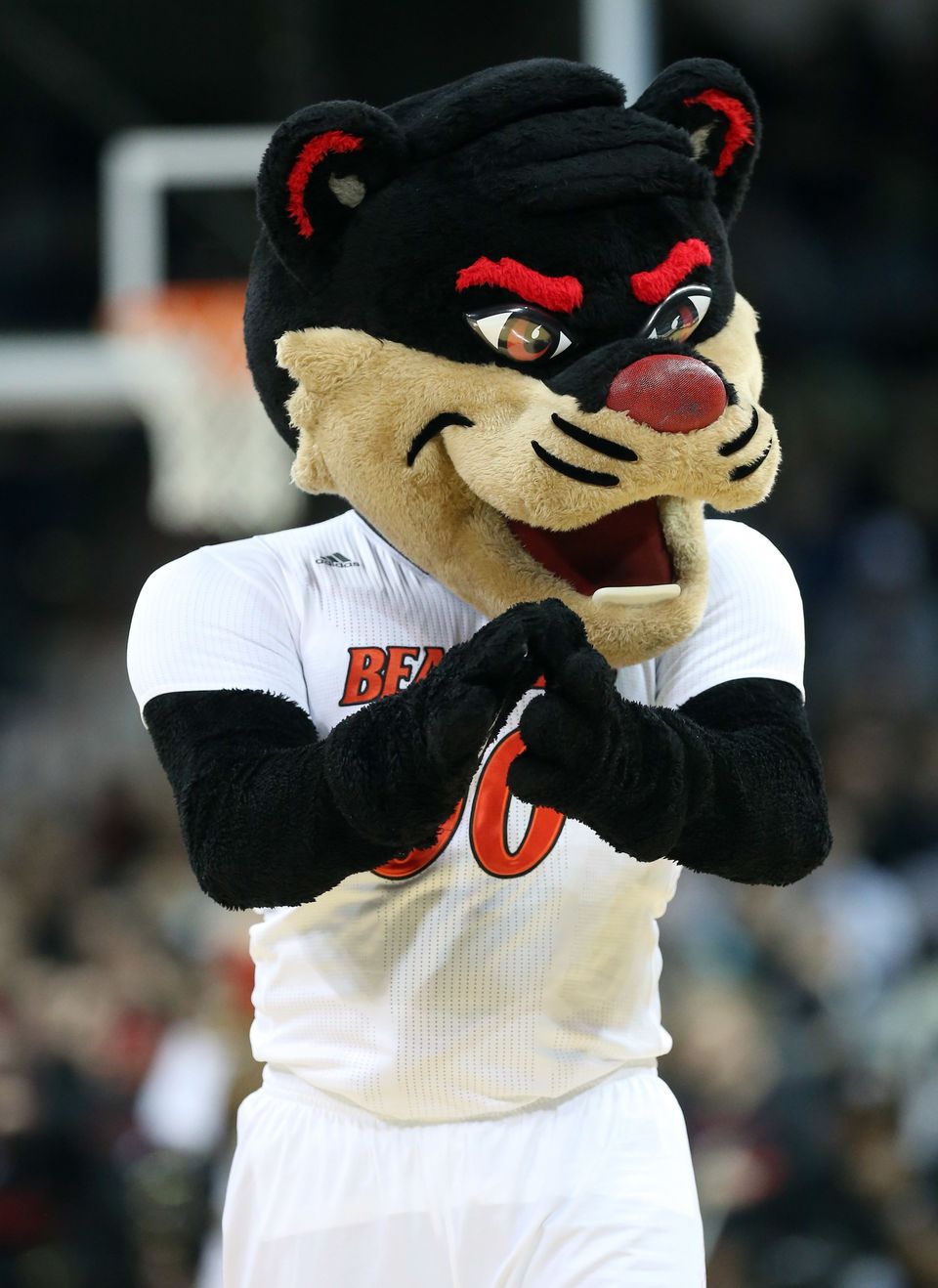 1 / 41
Cincinnati v Harvard
SPOKANE, WA - MARCH 20: The Cincinnati Bearcats mascot cheers on his team during their game against the Harvard Crimson in the second round of the 2014 NCAA Men's Basketball Tournament at Spokane Veterans Memorial Arena on March 20, 2014 in Spokane, Washington. (Photo by Stephen Dunn/Getty Images)
Getty Images