The Philadelphia Flyers hockey team has a new mascot, but its bizarre appearance and back story have Twitter users asking, “What the puck?”

The mascot, Gritty, was unveiled Monday at an event at the Please Touch Museum in front of various area schoolkids.

Gritty is a 7-foot-tall fuzzy orange creature who will be part of the team’s community outreach efforts, according to CBS Philadelphia.

His father was a “bully,” so naturally he has some of those tendencies — talented but feisty, a fierce competitor, known for his agility given his size. He’s loyal but mischievous; the ultimate Flyers fan who loves the orange and black, but is unwelcoming to anyone who opposes his team.

Flyers unveiled they have a mascot, named Gritty

What do you think? pic.twitter.com/LHjpmT91aI

Flyers COO Shawn Tilger told Deadspin that Gritty has been in the works since about two years ago, after the team realized it’s important to have a voice in the community that can appeal to kids.

He added, “Looking at the smiles on these kids’ faces, I know we did the right thing.”

Lot of buzz here in Philly about the Flyers new mascot, Gritty. But if any city deserves to be represented by a horrifying orange mountain creature that radiates manic energy and has a backstory that definitely implies he was abused by his father in the first sentence, it's us. pic.twitter.com/L1p9VKC7d2

Some people suspected Gritty might have a drug problem.

Gritty is the street name his meth dealer gave him. #dreamhaunter https://t.co/KWyM9RvO0w

When the edible hits. pic.twitter.com/6hwWEw5CT1

Others had other theories on what Gritty was supposed to be.

Me spending some time with the Flyers new mascot pic.twitter.com/icgBAPAblg

With your help and generosity, we can stop this creature, with the eyes of a coked out Oscar Grouch, red hair like Satan himself, the body movement of a Kensington crack-head, and the overall aura of a fever dream demon, from reaching any more eyes and memories. Think of the children, do you really want something with a face even it’s mother doesn’t love roaming around walking free?
I hope the answer is no. 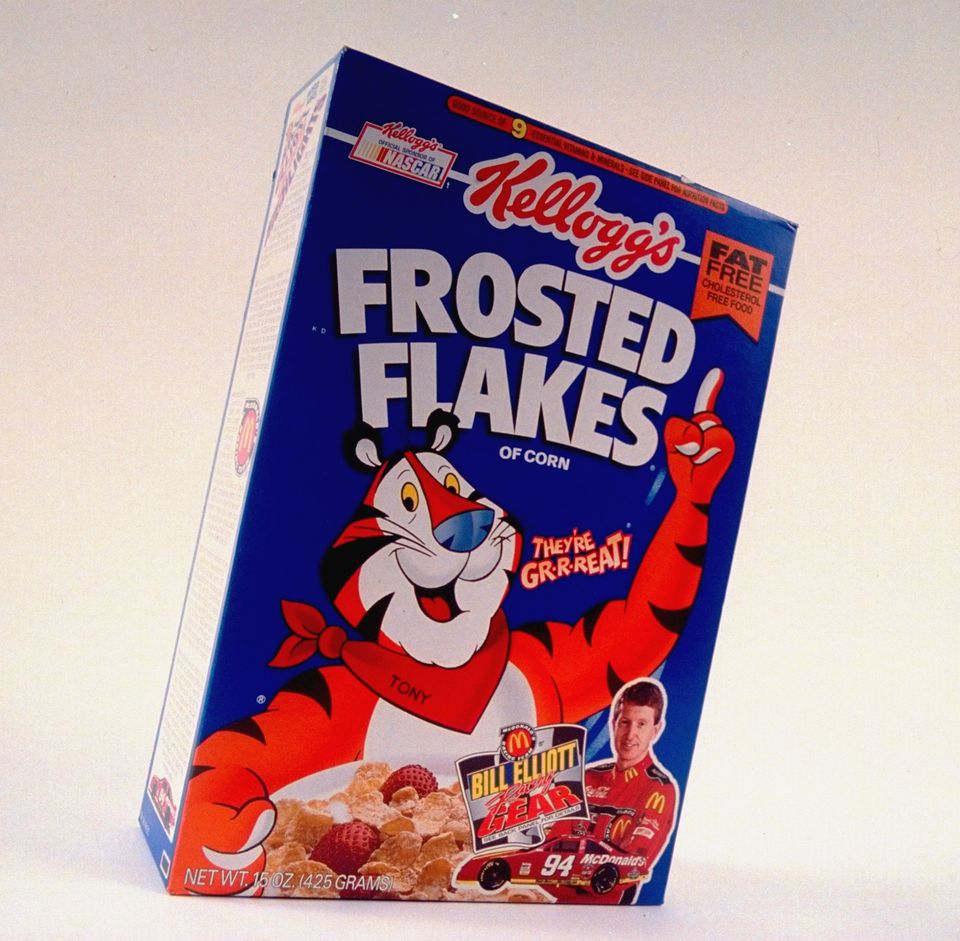 1 / 14
Tony The Tiger
Hey Tony! This Frosted Flakes mascot was the king of encouragement when it came to young sports players. And we still can't eat this cereal without the "they're more than good, they're gr-r-reat!" theme song running through our heads.
Getty