Paring down your grocery budget can lead to a healthier diet -- if you know how to shop smart.

Not long ago, I was a person who kept her pantry semi-bare and regularly dropped $3 on a cup of coffee. Then I heard a woman on a radio show claim that the year she spent surviving on just $160 per month in food stamps ultimately led to weight loss and a healthier diet because she learned to shop, cook, and eat better.

Intrigued but skeptical (I had often spent $20 on ingredients to cook just one meal), I put in a call to Barry Popkin, PhD. A professor of global nutrition at UNC Chapel Hill and author of The World Is Fat, Popkin has long argued that eating healthier can cost less.

"With many convenience foods, we're paying for packaging and processing that adds fat, sugar, sodium, and calories," he told me. Inspired, I decided to try the $40-a-week budget myself, and what began as an experiment became a way of life. Here's how I did it:

Look for In-Season Produce
Yes, you can buy fresh brussels sprouts for Easter dinner, but they cost three times what you'd pay at Thanksgiving. Eating seasonally also exposes you to new foods. During the fall, I substituted Swiss chard for spinach, and in the spring, I swapped rhubarb for cherries.

Eat Meatless or Meat-Light
It's better for your bottom line and your health. In 2009, a study published in the Archives of Internal Medicine found that people who eat a lot of red and processed meats have a higher risk of dying from cancer, heart disease, and other chronic illnesses.

Make Your Own
You can whip up cheap, fresh salad dressing using oil and vinegar while avoiding the preservatives that come with most commercial brands. Or purchase whole chickens -- which are cheaper than skinless breasts -- and use the remnants to make stock, without the added sodium.

PHOTO GALLERY
How To Read A Food Label

Grocery Shopping Tips: How To Eat Fabulously On $40 A Week
How To Read A Food Label 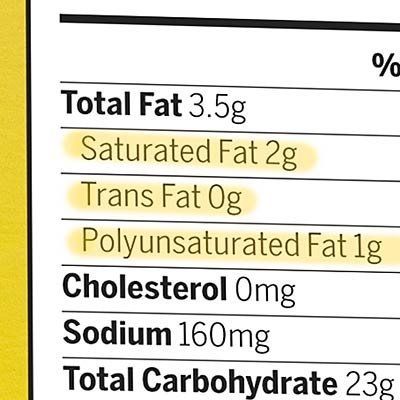 1 / 9
Fats
If most of the fat content comes from healthy unsaturated fat, you're probably good to go. If the fat is mainly saturated and/or the product has any trans fat, put it back on the shelf. Trans fat has been shown to increase levels of "bad" LDL cholesterol while decreasing levels of "good" HDL cholesterol -- a double health whammy. Don't be fooled by a label that lists 0 grams (g) trans fat. Because of a labeling loophole, a product can contain up to 0.5g trans fat per serving and say it has none. Check the ingredient list: If it includes partially hydrogenated oil, then there is trans fat in there. Shortening is another source of trans fat.
Health.com