A photo series directed at heterosexual women that doesn't rely on stereotypes about female desire? Yes, such a thing exists.

Claire Milbrath's "Groin Gazing," a fashion spread posted on Vice, is a series of photos featuring phalluses cloaked in khaki and denim -- with just a hint of context about the people they are attached to. Styled by Mila Franovic, each image features a tight shot on a crotch and is titled according to the vague cultural identity of its owner (i.e. "The Skater" or "The Frenchman). 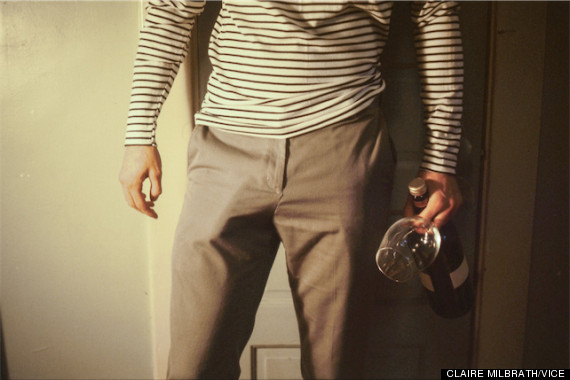 Embedded in each of Milbrath's images is a plot of sorts. "The Boyfriend" boner is affixed to a politely-dressed fellow wielding flowers and chocolate, while "The Tennis Player" is not just a pastel-padded hard-on but feels like an invitation to the country club. The vague accompanying context that makes the images less explicit are precisely what enhances their eroticism. 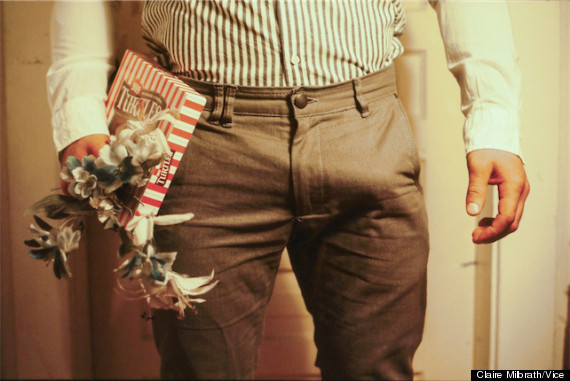 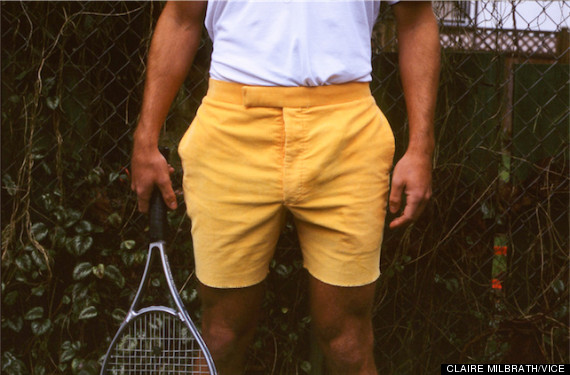 It takes about five minutes on the Internet to see that this convention is giving way. An exhaustive archive of trend pieces have discussed women's willingness -- and desire to -- separate sex and love. And new research suggests women are just as, if not more likely to focus on naughty bits longer than faces when viewing sexually explicit material. In a sense, Milbrath's photos are a manifestation of both a scientific community interested in investigating women's intimate preferences and a cultural milieu willing to accept and embrace them.

So do these photos subvert the much-maligned "male gaze"? The jury is still out. Some feminists maintain that objectification is the exclusive domain of masculinity, and a direct inversion of the male gaze is neither possible nor desirable.

In any case, Milbrath's images require more of the viewer than simply channeling a characteristically "male" gaze towards a non-female subject. Because it is not explicit what the viewer should feel upon looking at these photos, they appear simultaneously illicit and mundane. Women gazing at these groins -- and the context clues about their owners -- can construct a fantasy around these characters, if so inclined. 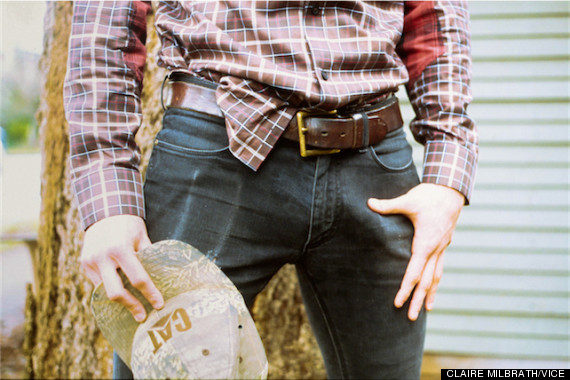 As Tracy Moore at Jezebel wrote, Milbrath's images are "not quite pornographic, but it's not quite a shirtless dude on a billboard, either, and it's not erotica per se. It's actually something in the middle of all that, and in a way, it's superior." This is what many advertisers miss when they try to pander to female consumers with homespun depictions of female desire.

And it's not just corporations that misunderstand female desire. Probably since the first pixelated penis arrived in a poor, unsuspecting woman's Inbox, we have suggested that men be a bit more thoughtful when it comes to dick pics. Men send what they think woman want to see based on their own male-gazey appetites -- not, necessarily, what women actually want to see.

As "Groin Gazing" proves, sometimes the suggestion of a boner buried in denim, attached to wine-wielding man hand is just illicit enough.

All images courtesy of Claire Milbrath and Vice. Check out the entire series at Vice.

8 Things People Would Choose Over Sex