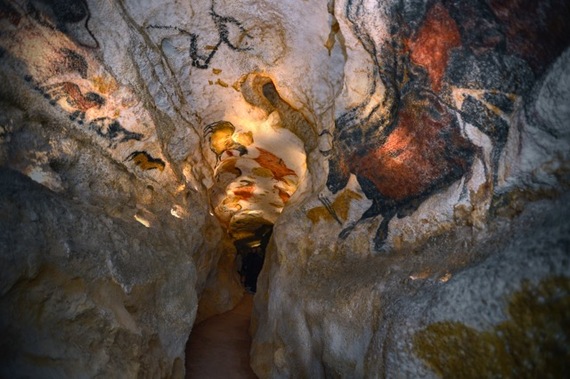 When four lads stumbled across a hole in the ground in 1940 in southwest France, they had no idea how profoundly their discovery would remake our understanding of human history.

That set of winding grottos they found, painted 20 thousand years ago with images of shimmering birds and beasts, has helped change nearly everything we now know about our earliest ancestors, notably:

--that they had no concept of property;

--that there was then no notion of Outsiders or Insiders;

--that Paleolithic art was every bit as creative and magical as what hangs today in the Met or the Louvre.

The Lascaux grotto drew thousands of shocked and entranced visitors until 1963 when the authorities closed it because all those intruders' breaths and body heat and bacteria were bringing ruin to the grotto art. A facsimile was built nearby in the town of Montignac, but its proximity also began to corrupt the original caves. 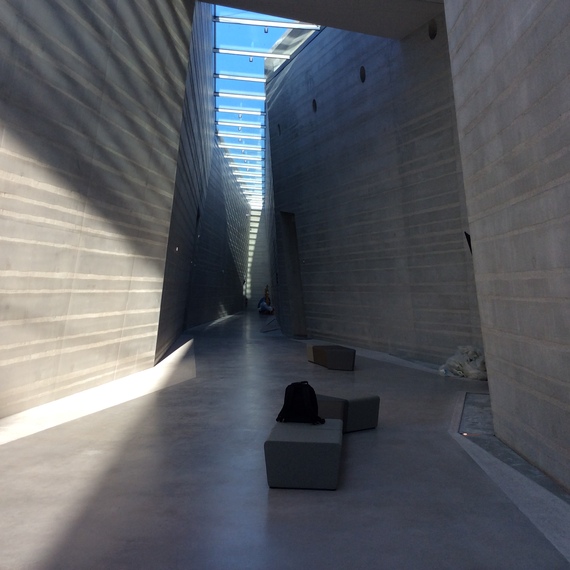 Now a breathtaking piece of archeological architecture is opening this month that not only includes a far more technically sophisticated facsimile of the original Lascaux grotto; it also takes us deep into the spirit of our Cro Magnon predecessors, requiring us if we dare to watch and listen, to reflect profoundly on the murk of modernism that is sweeping homo sapiens ever closer to apocalypse.

The architecture itself recalls the strata and fault lines through which any underground explorer would pass, but as in the original grotto, only small groups--fewer than a dozen--are admitted at any time. They are taken by a group elevator to the building's surface into a space of darkness for their eyes to adjust. They then walk down into the facsimile grotto where cameras and flashes are forbidden. Indirect lighting illuminates the drawings and paintings.

Immediately one of the abiding mysteries of all the Paleolithic paintings becomes apparent. None of these grottos had any light to aid the ancient artists--yet neither is there any trace of smoke or soot that would surely have been produced by any fires. How could they have seen their work?

The closer you examine the paintings, the more obvious becomes the sophisticated use of minerals--notably iron and manganese oxides, possibly mixed with animal fats--in subtle yet iridescent lines and shadings. Walk on among the birds, the bison, the reindeer, the horses, the 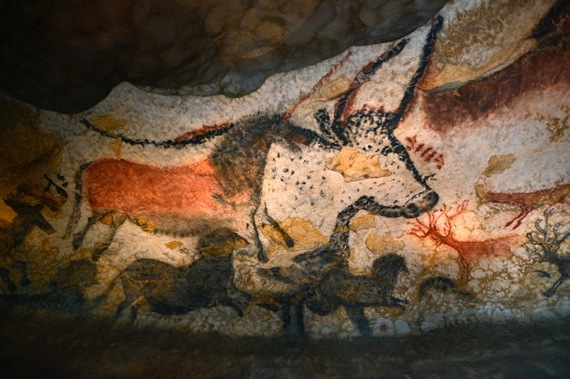 bulls, the great cats, the deer, the hairy rhinos. The stories or the recollections or the dreams or the mythologies begin to scream all around you. Yves Coppens, who has spent a half century studying the actual Lascaux grotto, described his first visit: "I had a sense of the terrible din, the noise but at the same time a sacred silence. All these animals accompanied by abstract signs seemed to be charged with information and meaning, conversing each one with the other. . . . The other aspect was a sensation of a great sacred silence linked to the mythic and mystic aspects of the grotto, witness to the timelessness of humanity." The paintings in the grotto, he said, struck him "as one paints a great sacred cathedral."

There is at Lascaux but one single image of a human: a pointedly obvious male with the head of bird facing directly at a speared bison, its guts falling to the ground. 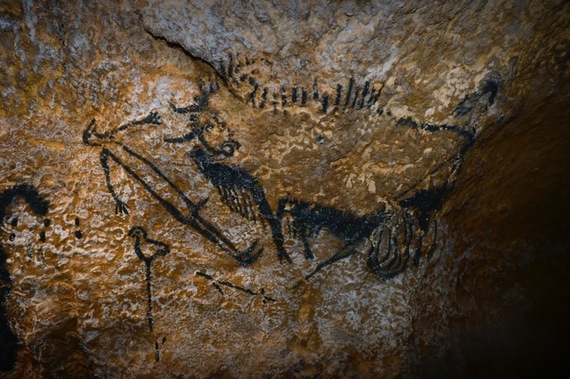 That sense of visual mystery has been captured in the facsimile. What cannot be captured in any contemporary facsimile, alas, is an even deeper spiritual vibration of touching or stepping on the stones and soil upon which these artists tread through many generations more than 20,000 millenia ago. Nor can we feel the silent wind on your face or smell the pigments being blended in stone pots and applied on the rough surfaces through hollow reeds, then rubbed in by fingers and palms.

Beyond the facsimile grotto are a series of rooms, a 3-D cinema and a remarkable contemporary digital art gallery where an apocryphal pronouncement of Picasso--after Lascaux, what is left to today's artists? --makes the linkages between the Paleolithic and the Present inescapably clear. In a stroke of genius the gallery's designers have enabled any visitor to bring up hundreds of the Lascaux images--of hands or heads or tusks--and the parallel images made by the artists of the last century.

In a world where the properties of war and the war of property lead us ever closer to the brink, time spent in these grottos is well spent. 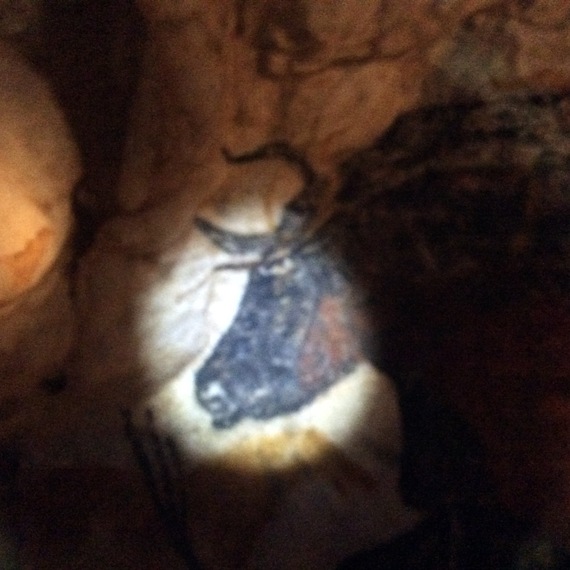