Via Curbed LA: Pour one out for prolific comedian Groucho Marx; today is the 33rd anniversary of his passing at Cedar-Sinai Hospital in 1977. Just recently, another one of his Los Angeles properties was put on the market for a cool $6.995 million. The original listing describes the Spanish estate as "grand and emotional," with over 6,000 square feet of living space on a half-acre of land. The home has eight bedrooms and six-and-a-half baths, and is palatial enough to have its own little elevator. Curbed LA has the timeline on this home:

A tip of the fedora to Marx Brothers.org, which states: "In 1945, Groucho and his second wife, Kay Gorcey Marx, the ex-wife of Leo Gorcey, moved into this Mediterranean-style, two-story house. When they divorced in 1950 he kept the house. In 1954 he married his third and last wife, Eden Hartford, and they lived here until 1957, before moving to a new home."

Photos by Jeff Elson via the original listing. 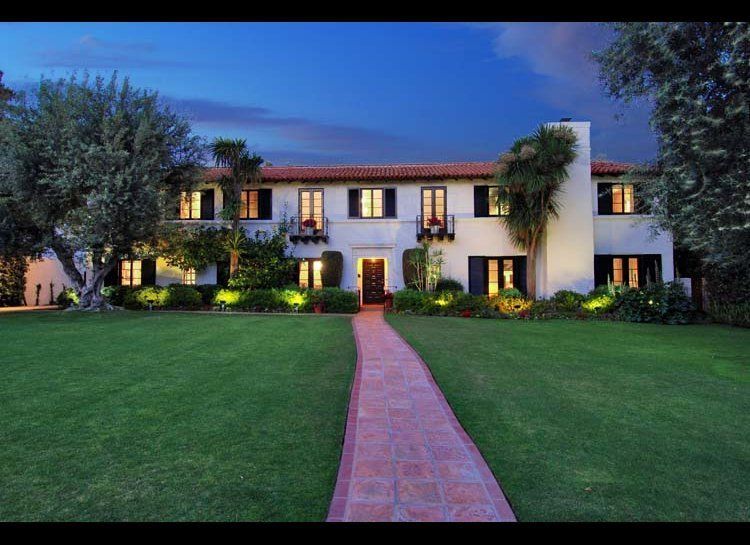